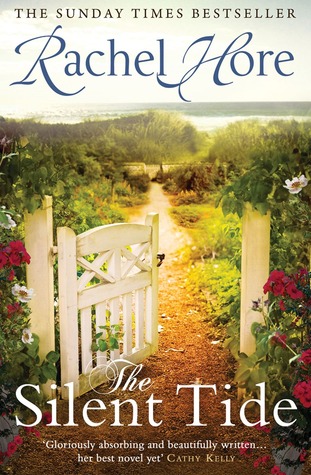 When Emily Gordon, editor at a London publishing house, commissions an account of great English novelist Hugh Morton, she finds herself steering a tricky path between Morton’s formidable widow, Jacqueline, who’s determined to protect his secrets, and the biographer, charming and ambitious Joel Richards. But someone is sending Emily mysterious missives about Hugh Morton’s past and she discovers a buried story that simply has to be told…

One winter’s day in 1948, nineteen year old Isabel Barber arrives at her Aunt Penelope’s house in Earl’s Court having run away from home to follow her star. A chance meeting with an East European refugee poet leads to a job with his publisher, McKinnon & Holt, and a fascinating career beckons. But when she develops a close editorial relationship with charismatic young debut novelist Hugh Morton and the professional becomes passionately personal, not only are all her plans put to flight, but she finds herself in a struggle for her very survival.

Rachel Hore’s intriguing and suspenseful new novel magnificently evokes the milieux of London publishing past and present and connects the very different worlds of two young women, Emily and Isabel, who through their individual quests for truth, love and happiness become inextricably linked.

Having read and enjoyed previous books by Rachel Hore. I was very much looking forward to this one – firstly its set in the world of publishing and books which I love reading about and it’s a dual time novel, one of my favourite genres.

The prologue sets the scene in a very dramatic way with the devastating North Sea Flood of 31 January 1953 when so many lost their lives, including those along the East Coast, where much of this story is set. The story then starts in the present time with 28 year old Emily Gordon, who has just started her new publishing job at Parchment Press and then flips back to 1948, where we are introduced to Isabel Barber, 20 years old. Isabel has left home after an row with her parents and has landed on the doorstep of her mother’s sister, Penelope. Through Penelope’s author friend Berec, Isabel finds a job with a publisher and slowly begins her career as an editor, one of her authors being Hugh Morton. The Silent Tide of the title is the name of a book later written by Hugh.

Hugh Morton is the connection between the two women. When, following Hugh’s death, Parchment Press are approached by Hugh’s widow, Jacqueline, and given the opportunity to publish a biography of the famous author, Emily is assigned the task and inadvertently finds herself caught up in Isabel’s story – a copy of Hugh’s first book with a dedication inside to ‘Isabel’, is mysteriously left in her post tray whilst manuscripts and old files left are left anonymously on her desk. Someone is trying to tell her a story and they obviously want Emily to make sure that Isabel is not erased from Hugh’s life which Hugh’s widow Jacqueline seems intent on doing.

The story then goes back and forth between the present day and the late 1940’s/early 1950’s with individual chapters devoted to both Emily and Isabel.

I was engrossed in this story from the very beginning. Emily’s character was engaging and well written although really her main purpose is to be Isabel’s voice. However, as the focus of the story, Isabel’s character came alive through the pages and it was her that I was most interested in. When we first met her she was so vibrant and passionate about her career and life in general and yet her time with Hugh bought her much unhappiness. She was an independent woman who definitely didn’t fit in with the times and found it hard to conform with society’s idea of how she should live which bought her into direct conflict both with Hugh and his domineering and disapproving mother. We see how Isabel slowly loses her identity and how her life becomes smaller. She was not perfect by any means. She comes across as being sometimes very selfish and self obsessed but I couldn’t help but feel sympathy for her – in today’s times she would have received much more sympathy and understanding.

Although the main characters were extremely well written – from Lavinia, Hugh’s formidable mother, to aunt Penelope whose character was in many ways similar to Isabel, I did think that Hugh’s character could have been explored further. Although he was instrumental in Isabel’s life, I didn’t really feel that he came across as a fully rounded character, maybe because we mainly saw him through Isabel’s eyes. The book deals expertly with the social prejudices of the time especially with regard to homosexuality and the suspicion and fear surrounding immigrants.

The narrative is cleverly constructed with twists and turns. It’s not a thriller, nor a mystery but has a much slower pace which suits the story perfectly. I very much enjoyed this and can’t wait to read the next book by Rachel Hore.