The Room Beyond – Stephanie Elmas 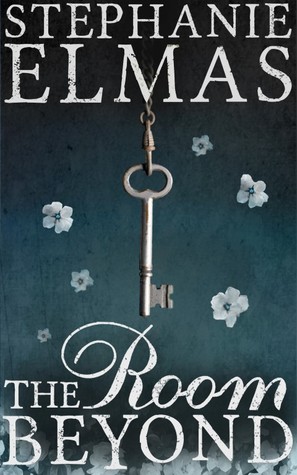 When Serena begins a new life working for the Hartreve family at 36 Marguerite Avenue she falls in love, not just with its eccentric and alluring inhabitants and their world, but with the house itself. Number 36 is a beautiful Victorian London mansion that has remained in the family for generations. Serena feels that by being here she has escaped the ghosts of her own sad childhood and found a true home, but she soon discovers that behind its gleaming surfaces Marguerite Avenue is plagued by secrets and mystery. Why does such a beautiful tranquil street seem sometimes to shimmer with menace? Is everyone in the family quite who they appear to be? And just what is it that the family is trying to hide from her?

It is 1892. On a hot summer night scented with jasmine, Miranda Whitestone hosts a dinner party at 34 Marguerite Avenue. Watching helplessly as her husband is seduced by her glamorous neighbour Lucinda Eden, she can have no idea of the consequences the evening will have.

For the history of Marguerite Avenue is more chilling than Serena could have imagined, and the fates of two women – the beautiful renegade Lucinda and the ‘good wife’ Miranda – will reach out from the past to cast a shadow over Serena’s own future.

The Room Beyond is a thriller that delves beneath the romance and grandeur of a London house and finds a family haunted by the legacy of past wrongdoings. As the suspense grows and the fog thickens, will Serena be able to give up all that she has come to love? Will she ever escape?

The story takes place over two time periods. We firstly meet Serena in the present day. A young artist, Serena has arrived at the door of 36 Marguerite Avenue, for an interview as a nanny for 4 year old Beth Hartreve. Surprisingly, she is hired on the spot and thus begins her association with the eccentric Hartreve family.

We then meet Miranda Whitestone at number 34 Marguerite Avenue. It is 1892 and newly married Miranda is desperately trying to please her husband Tristan. It was a marriage for love for Miranda but one of convenience for Tristan and in truth he despises his young wife. When Miranda invites the glamorous but reclusive next door neighbour, Lucinda Eden, to join them at a dinner party, she can have no idea of the consequences that will follow.

I really enjoyed this book and the two storylines, over a century apart, were perfectly woven together. When Serena first moves into no. 36, she falls in love not only with the beautiful Victorian mansion with its sumptuous rooms and air of faded glamour but also with Sebastian, a long-time friend of the family. However, there are undercurrents within the family, making her feel very uncomfortable. Why do they see her as a threat and what are the secrets that they are so desperate to hide?

There are some wonderful characters, including Miranda – who changes from the meek person we first meet to a much stronger woman, fighting to save not only her own life, but the lives of others. There is also the unpredictable Lucinda Eden (neé Hartreve), abandoned by her husband Alfonso. The enigmatic mystic Water Balanchine, with his strange costumes and hypnotic manner was an inspired addition to the story. Young Beth can a precocious child and seems very much older than her years. Can she really hear the ghostly cries of a woman in her bedroom or is it just her imagination?

With alternate chapters telling the stories of both Serena and Miranda, what could be just another romance story is turned into a tension filled, dark supernatural thriller where evil forces threaten the living. I certainly didn’t see the twists and turns coming towards the end.

This was a perfect atmospheric and gothic ghostly read which I am sure you will not be able to put down – I couldn’t, and I can’t wait to read the next book due in 2014 which I understand will be a prequel featuring Walter Balanchine and his life in the poor Victorian East End of London.

My thanks to the author for the digital copy for review. 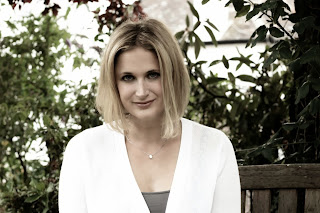 Stephanie Elmas was born in Hong Kong to an English father and Czech mother but spent most of her childhood in Bristol, England UK. She studied English at university in London. She has worked as a head hunter, taught English in Japan and returned to university to complete a Masters in Victorian fiction. It was here that she developed her interest in the dark dangerous world of Victorian sensation writing. Stephanie now lives in a chaotic house in Surrey, England UK, with her husband and three highly energetic but wonderful children.

The Room Beyond took SEVEN years to write, an enormous labour of love!
Stephanie gave up her PhD to complete it and had three children and
renovated two houses in the meantime. Most of the writing happened
during her children’s sleep times and whenever she could catch a free
moment.

2 thoughts on “The Room Beyond – Stephanie Elmas”