Goodness, Grace and Me – Julie Houston 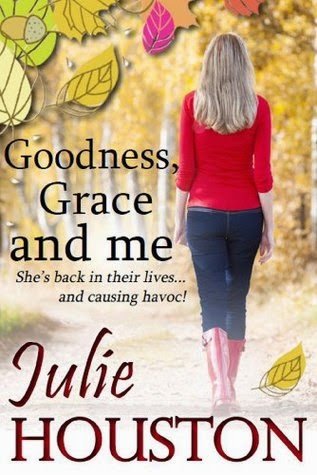 When Harriet’s husband, Nick, throws in his safe, but boring job in order to set up a new business during the current recession, Harriet is distraught. More so when she realises Amanda, her and best friend Grace’s old enemy from school is back in their lives. Amanda, it turns out, is Nick’s new boss’s wife and, because of her legal and language skills, will be accompanying Nick on his business trips to Italy. How will Nick not succumb to the ruthless charms of the utterly gorgeous Amanda once he’s away from Yorkshire and in glamorous Milan? Knowing Nick is being seduced is bad enough, but when Grace falls madly in love with Sebastian, Amanda’s precious, much younger son, it can only mean trouble ahead.

Determined to fight for her man, Harriet’s seduction techniques go into overdrive. Unfortunately she is hampered in her attempts by two bolshy teenagers, an increasingly eccentric mother and a job teaching horrible children. Not to mention something very strange going on at the bottom of her garden! Can Harriet save her marriage, and also her friendship with Grace? And what will happen if Nick’s new venture fails, especially now that the one thing Harriet has not even considered in all this mess appears to be staring her right in the face…?

When Julie contacted me to ask if I would like to review her book, it did look like a fun and entertaining read and I didn’t hesitate to say yes.

Harriet and Nick Westmoreland have been together since university days and have weathered life’s up’s and downs – one of the biggest downs being the folding of Nick’s textile business in the recession. They now have to share a house with Nick’s mother Sylvia and when Nick puts their meagre finances at even greater risk by going into business with businessman David Henderson, Harriet comes face to face with her nemesis – David’s wife Mandy Goodners (the ‘Goodness’ of the title), a not so old ‘friend’ from school.  With Mandy seemingly having the power over Harriet’s life and marriage, Harriet must somehow get a grip of her chaotic life and fight for what is hers.

I really enjoyed this book and became very fond of Harriet.  She is a very real person with with problems that any of us could have – coping with a difficult teaching job, three children (including two belligerent teenagers) and worrying about the health of her ageing parents; however her life is about to get even more difficult when she suspects her handsome husband Nick of having an affair with his business partner’s wife.

Harriet and Grace (her best friend from school) were wonderful characters with an enduring friendship that I was quite envious of.  It was clear that the author had used some incidents from her own life as a teacher when creating this very engaging novel.  The storyline never loses pace at all, there is always something going on to keep the reader turning the pages with a few surprises along the way.

With well-developed characters, witty writing and a confidently written storyline, this was an extremely enjoyable read. The term “rom-com” may not do this book justice – yes, it is very funny, but it does have an underlying seriousness. Whilst it takes an awful lot to make me laugh out loud, I had many ‘chuckle out loud’ moments and this is a debut novel that I would certainly recommend.   I definitely want to read the sequel!

My thanks to the author for the digital copy to review. 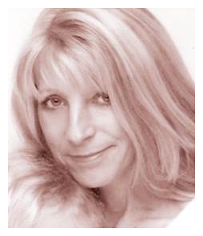 Julie Houston started writing when a child in her class told her she had the biggest tits he’d ever seen! Her horror turned to uncontrollable hysterics when he added, “My last teacher’s were nowhere as big and always in red – never in green!” She knew she just had to get it down in writing and ‘Goodness, Grace and Me’ was the result. She was taken on by agent Anne Williams at KHLA in London and Bristol and, whilst she still teaches part time, (and still finds ten-year-old kids hugely funny) she is working on the sequel which she hopes will continue to make people laugh. Julie lives in West Yorkshire, where her novels are set, with a long-suffering husband, two bolshy teenagers of her own and a mad Cockapoo called Lincoln. She is a teacher and magistrate and loves nothing more than dancing round the kitchen practising her Gangnam Style moves while polishing her granite.

6 thoughts on “Goodness, Grace and Me – Julie Houston”