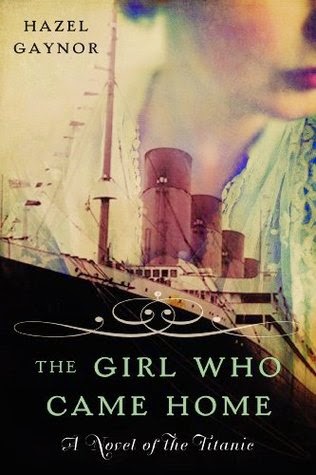 Inspired by true events, The Girl Who Came Home is the poignant story of a group of Irish emigrants aboard RMS Titanic—a seamless blend of fact and fiction that explores the tragedy’s impact and its lasting repercussions on survivors and their descendants.

Ireland, 1912. Fourteen members of a small village set sail on RMS Titanic, hoping to find a better life in America. For seventeen-year-old Maggie Murphy, the journey is bittersweet. Though her future lies in an unknown new place, her heart remains in Ireland with Séamus, the sweetheart she left behind. When disaster strikes, Maggie is one of the lucky few passengers in steerage who survives. Waking up alone in a New York hospital, she vows never to speak of the terror and panic of that terrible night ever again.

Chicago, 1982. Adrift after the death of her father, Grace Butler struggles to decide what comes next. When her Great Nana Maggie shares the painful secret she harbored for almost a lifetime about the Titanic, the revelation gives Grace new direction—and leads her and Maggie to unexpected reunions with those they thought lost long ago.

I’ve always been fascinated by anything to do with the Titanic – not in a ghoulish way but it was such an immense and, depending on your view, unnecessary tragedy.  Several years ago I visited the exhibition in London where artefacts that had been recovered from the ship were displayed – it was so incredibly moving to see personal possessions belonging to people who sadly were not to survive.

Hazel Gaynor has written a very moving fictional account of that fateful journey of April 1912.  The book was inspired by the true events of a group of 14 Irish villagers who left their homes in County Mayo to travel to relatives in America on the Titanic, known as the Addergoole Fourteen.  Sadly 11 of these passengers were never to reach their destination.

We first meet the villagers and the main narrator of the story, young Maggie Murphy, when they are preparing to leave Ballysheen and make their way to the port to board the ship.  Through Maggie’s daily journal we learn of their time on board and get a glimpse of the differences between their lowly status and the passengers in the sumptuous first class accommodation. We are also introduced to 23 year old Harry Walsh from Southampton who would be responsible for the steerage cabins.  Harry was to prove instrumental to Maggie’s survival and the friendship which developed between Harry and the girls from Ballysheen was a lovely addition to the story.

Of course, we don’t just see the story from the point of view of the passengers – we also meet the people waiting for them in America – both before and after that fateful night and the suffering they endured whilst waiting for news of survivors, which when it finally came was confusing and contradictory.

This is a dual time story and in between the Titanic chapters, we jump forward to 1982 and follow Grace Butler, Maggie’s great-grand-daughter in America.  It is through Grace that we learn the rest of Maggie’s story and what happened from when the rescue ship The Carpathia picked up the Titanic’s lifeboats.

It is clear that the story has been lovingly researched and is rich with detail.  The story doesn’t focus exclusively on the sinking of the ship but shows another side to the tragedy which is equally important – that of the people involved.  I really enjoyed spending time with Maggie and learning of her life, both before and after the tragedy and although I can understand why Grace was part of the story, I wasn’t quite so interested in her life however that didn’t spoil my enjoyment of the story.

I have to admit to being a bit wet-eyed by the end. This was an excellent debut novel and well deserving of a 5* rating.

The book contains a very interesting section at the end detailing how the book was researched and of the true event that inspired it.  If you’re interested in finding out more about the Addergoole 14 here is the website link.

My thanks to Helena of HarperCollins 360 for the advance reading copy. 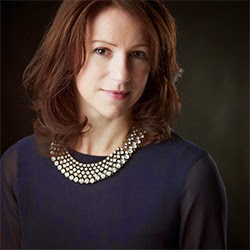 Born in North Yorkshire, Hazel now lives in Ireland with her husband, two children and an accident-prone cat.  Hazel has been writing ever since 2009 when she swapped her life in corporate training and development to become a full time writer. Since then she has written a guest blog ‘Carry on Writing’ for Irish writing website www.writing.ie and also interviewed many authors for the blog. Hazel was the recipient of the 2012 Cecil Day Lewis award for Emerging Writers and appeared as a panel speaker at the Waterford Writer’s Festival in 2011 and 2012.  ‘The Girl Who Came Home – A Titanic Novel‘ is Hazel’s first novel.