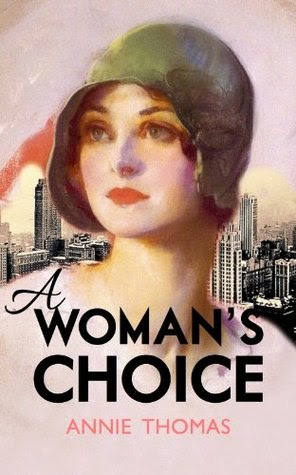 It is 1901. Queen Victoria is dead; a new era has begun. And on a cold April morning a young girl stands uncertainly on Liverpool Docks ready to board an emigrant ship that will take her to America and an unknown future. Michael, Luke, and Meg are amongst her fellow travellers, with the common bond that only determination and self-belief will sustain them in their new lives.

Set in the vibrancy of early twentieth century New York, the story follows Clara and the people she meets on the way, through tenement living and sweatshop labour to success in musical theatre.

But she discovers that she needs more than wealth and security to make her happy; when the past returns, she makes another choice which changes her life. Then, as the horror of World War One in Europe threatens to engulf America, Clara learns that personal lives cannot be lived apart from public events, and finds that the people she has loved, and who love her, are not always what they seem.

A Woman’s Choice is a compelling saga of friendship, love and ambition.

We first meet Clara Foley in 1901, when she is 12 years old and boarding a ship at Liverpool, with her mother Jenny to start a new life in America. Her mother has become very fragile following the death of her husband and Clara finds herself increasingly having to make decisions for both of them.  Clara has a very old head on young shoulders and it is this strength of character that will sustain her for the future, where, unbeknown to her at the time, some of her fellow passengers will have a huge impact on her future life in America.

Even at a very young age Clara is determined to make something of her life and give herself and her mother a better standard of living.  She may have to start off in the sweatshops of early twentieth century New York but has no intention of staying there.  Using every ounce of determination and talent, she attempts to forge a career for herself in musical theatre and make a better life.

Aside from the character of Clara, what I loved about this book was the depth and detail of description – from the clothing sweatshops where workers were at the mercy of ruthless bosses and the poorest parts of the city where people struggled to survive to the glamorous parties of the rich and famous and the prejudices and tragedy arising from America’s involvement in WW1.  We follow Clara through good times and bad – and all the time I was rooting for her to find happiness and have the life that she dreamt of.

There are some great characters  that come into Clara’s life throughout the book – most I loved and one or two I didn’t quite take to; from the brash but kind Bertha Ramsey on the ship to America, cheeky young Irishman Michael O’Halloran and the ambitious Luke Rutherford and, later on, her devoted friend Noreen and the loud but loyal Margo. Whether likeable or not, the characters are all so well written and believable. Clara, of course, is the star of the story.   She may have had a rough start in life but her father taught her well and she remains true to those important values of basic goodness and integrity.  There were times when I felt she may have been a little too perfect, but then we see her weaknesses and vulnerabilities and her sadness at the choices she has to make.

This is a beautifully written historical saga that you can immerse yourself in and I was hooked from the first page.  It is an excellent debut novel and I can highly recommend it.  I certainly look forward to reading more by Annie Thomas.

My thanks to the author for providing an e-book for review.

At the time of writing this review, A Woman’s Choice  is currently available on Amazon for 99p for Kindle 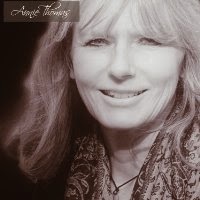 Annie Thomas lives in rural England, in a 19thc converted pub with her husband and son.

She studied English and History at University, combining her love of reading with the broad canvas of public events and the human stories of the people who lived through them.

“The fascination of writing for me is that you can create an alternative world that you inhabit for as long as you are writing the novel. You sit down to write, and the film begins to play in your mind, like one of the old black and white movies I used to watch on a rainy Sunday afternoon…”