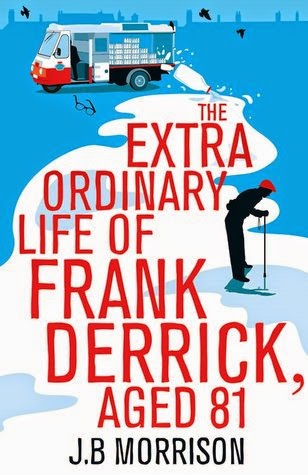 The story of the pensioner, the milk float and the miracle worker Frank Derrick is eighty-one. And he’s just been run over by a milk float.

It was tough enough to fill the hours of the day when he was active. But now he’s broken his arm and fractured his foot, it looks set to be a very long few weeks ahead. Frank lives with his cat Bill (which made more sense before Ben died) in the typically British town of Fullwind-on-Sea. The Villages in Bloom competition is the topic of conversation amongst his neighbours but Frank has no interest in that. He watches DVDs, spends his money frivolously at the local charity shop and desperately tries to avoid the cold callers continuously knocking on his door. Emailing his daughter in America on the library computer and visiting his friend Smelly John used to be the highlights of his week. Now he can’t even do that.

Then a breath of fresh air comes into his life in the form of Kelly Christmas, home help. With her little blue car and appalling parking, her cheerful resilience and ability to laugh at his jokes, Kelly changes Frank’s life. She reminds him that there is a big wide-world beyond the four walls of his flat and that adventures, however small, come to people of all ages.

Frank and Kelly’s story is sad and funny, moving, familiar, uplifting. It is a small and perfect look at a life neither remarkable nor disastrous, but completely extraordinary nonetheless.

For fans of The Unlikely Pilgrimage of Harold Fry this is a quirky, life affirming story that has enormous appeal. And it’s guaranteed to make you laugh.

The story begins on the day of Frank’s 81st birthday and he was given the most unexpected and unwanted of presents – a broken arm and a fractured foot after being run over by a milk float.

I didn’t know quite what to expect from this book, I enjoy funny but I don’t like farce, however I was pleased to discover that the book had plenty of the first but none of the second and I was hooked into Frank’s life from the first page.

Frank’s days are so very ordinary – in fact they are EXTRA ordinary.  He is a magnet for junk mail, cold callers and people trying to sell him stair lifts. Suspect workmen constantly want to repair his roof and guttering.  His days are spent getting the bus to the local charity shop where he spends his time and the little money he has on worthless tat and duplicates of DVDs he already owns, along with visiting his friend Smelly John in the local care home.  However when young care worker Kelly Christmas comes into his life, courtesy of his daughter Beth, his life changes and to say he looks forward to her weekly visits would be an understatement.

Frank is lonely.  He wife died some years before, his daughter Beth and her family live in America and all he has for company are his remaining cat Bill (Ben having died previously) and the odd visit to Smelly John.  Kelly’s visits bring some meaning and purpose into his life and he begins to have ideas of completing his long forgotten project of turning his old garden shed into a cinema, he wants to talk with her about films and show her his photograph albums – just little companionable things that would mean so much to him and that the rest of us possibly take for granted.

What particularly struck me about the book, apart from Kelly’s compassion towards Frank (given the hour or so a week that she was allocated to him) was how we were reminded of how lonely people can be, how the elderly can be side lined as being unimportant and, well, too old to understand. Frank was not a doddery old man sitting in God’s waiting room; he had an independence and willfulness to him. He kept his white hair long, he learnt how to use email and message his daughter, he took joy in riding a girl’s pink scooter and annoying his pretentious neighbours who were trying to win the Village in Bloom Competition – he just needed someone to show a bit of interest in him and give him some of their time.

This was a lovely funny read with plenty of one liners to make you chuckle but had moments of sadness and poignancy too.  I enjoyed spending time with Frank and Kelly and, if you like your books well written with slightly quirky characters, then I’m sure you would enjoy this one.

My thanks to Natasha at Pan McMillan for the paperback copy to review.

At the time of writing this review the Kindle price for this is only £1.59 – a bargain! 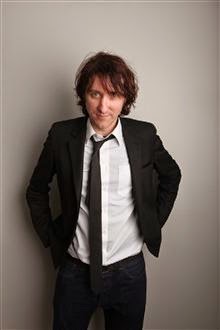 Born in London ages ago to his two parents, Frank and Jenny, J.B. Morrison is a musician and already the author of two novels – Storage Stories and Driving Jarvis Ham. Goodnight Jim Bob is an autobiographical account of his ten years as singer with punk-pop band Carter The Unstoppable Sex Machine.

With Carter USM J. B. Morrison had 14 top 40 singles and a number one album. He played all over the world, headlined Glastonbury and was sued by The Rolling Stones. He’s also made a ton of solo albums and written the screenplay for a film. Plus he was in a musical, in 2010 at the Edinburgh Fringe.

Is there no end to his talents? Yes. Everything not mentioned here. Don’t ask him to put up a shelf or cook you dinner. The shelf will fall off the wall and you won’t like the food.

3 thoughts on “The Extra Ordinary Life of Frank Derrick, Age 81 – J B Morrison”