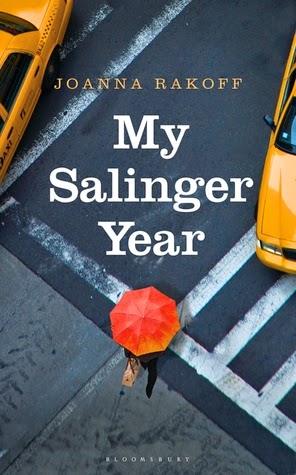 Published on 5 June 2014 by Bloomsbury Circus

At twenty-three, after leaving graduate school to pursue her dreams of becoming a poet, Joanna Rakoff moves to New York City and takes a job as assistant to the storied literary agent for J. D. Salinger. She spends her days in the plush, wood-panelled agency, where Dictaphones and typewriters still reign and old-time agents doze at their desks after martini lunches, and at night she goes home to the tiny, threadbare Brooklyn apartment she shares with her socialist boyfriend. Precariously balanced between glamour and poverty, surrounded by titanic personalities and struggling to trust her own artistic sense, Joanna is given the task of answering Salinger’s voluminous fan mail. But as she reads the candid, heart-wrenching letters from his readers around the world, she finds herself unable to type out the agency’s decades-old form response. Instead, drawn inexorably into the emotional world of Salinger’s devotees, she abandons the template and begins writing back…


I was initially attracted to this memoir, not because of the Salinger connection (whose books I have never read) but because it was set in a literary agency and I am always interested in what goes on the behind the scenes of book publishing.  Actually it doesn’t matter at all if you’ve never read any Salinger, I still enjoyed this even though I had never heard of Holden Caulfield or Franny Glass.

The story starts in 1996 when Joanna is 23.  She takes a job as an assistant at the Agency in New York (we are never told which one although a quick search on Google will tell you), working for the president of the Agency, who we are led to believe was a brusque, non-communicative harridan, who couldn’t keep any assistant for long.  The Boss, as she is merely known, still lives in the dark ages where technology is concerned and eventually, very reluctantly, only allows ONE computer to be installed, for use by everybody for Agency business only (no personal email or “other activities” allowed).  Joanna has to use an electric typewriter, with carbons and an ancient dictaphone.  The old fashioned dark wood panelled offices and low lighting paint a gloomy picture of a place of work, albeit one containing numerous bookshelves containing first editions.

One of Joanna’s first conversations with her Boss is to be instructed on what happens when “Jerry” rings – at this stage Joanna had no idea who Jerry was.  She was not to engage him in conversation, but merely put him through to the Boss and no account was she to pass on any information about him. Joanna’s first conversation with JS was quite surreal – it appears that he was quite deaf and although he initially always called her Suzanne, he appears to have been a very polite and gentle man, which conflicted with his reputation of being awkward and morose. We do learn that once he became famous, he gave strict instructions on how his book covers were to be designed, how the type should appear on the spine etc – anyone who fell foul of these instructions were immediately cast aside.

One of Joanna’s jobs was to reply to the many fan letters forwarded on to the Agency by his publishers.  JS had insisted that he did not want to see any letters from his fans and so Joanna had to give a short cursory reply, which had been used by the Agency for decades.  Once she started to read the letters however, she began to feel a connection with some of the writers and it didn’t feel right to just reply back with a 2 line curt note.

This is a very gentle and charming story of Joanna’s coming of age and of learning who she is and what she wants to achieve.  We know that she has left her college boyfriend who she seemed to care for deeply to live with slimeball Don in a grotty apartment with no heating and no sink. Over the course of the year, due in part to the Agency life and her relationship with Don, she learns much about herself and what she actually wants from life.  The narrative is written in an extremely engaging way with little gossipy nuggets about other clients such as Judy Blume.

I really enjoyed this 250 page memoir and became completely engrossed in Joanna’s life over that 12 month period. The content is varied enough to be interesting and it doesn’t dwell on minutiae which could make it boring. I am sure this would appeal to any readers of Salinger, and even if you are not, I would recommend it.

After reading the book and finding out more about the author, there is an article written by her in 2010 which gives some details about the literary agency she worked for and the Salinger letters. 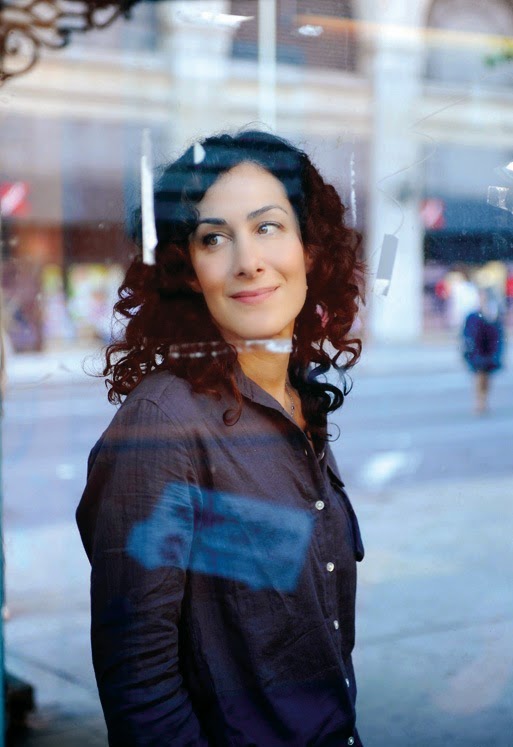 Joanna Rakoff’s novel A Fortunate Age won the Goldberg Prize for Jewish Fiction by Emerging Writers and the Elle Readers’ Prize, and was a New York Times Editors’ Choice and a San Francisco Chronicle best seller. She has written for The New York Times, the Los Angeles Times, Vogue, and other publications. She lives in Cambridge, Massachusetts.

The BBC produced a radio documentary following her as she tracked down the writer of her favourite Salinger fan letter.