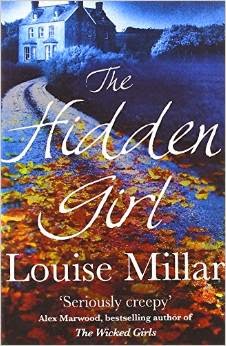 Hardcover published 22 May 2014 by Macmillan

Hannah Riley and her musician husband, Will, hope that a move to the Suffolk countryside will promise a fresh start.

Hannah, a human rights worker, is desperate for a child and she hopes that this new life will realise her dream.

Yet when the snow comes, Will is working in London and Hannah is cut off in their remote village. Life in Tornley turns out to be far from idyllic, who are the threatening figures who lurk near their property at night? And why is her neighbour so keen to see them leave? Plus Will’s behaviour is severely testing the bonds of trust.

Hannah has spent her professional life doing the right thing for other people. But as she starts to unbury a terrible crime, she realises she can no longer do that without putting everything she’s ever wanted at risk.

But if she does nothing, the next victim could be her . . .

When Hannah and Will finally move into Tornley Hall, a dilapidated old house that has been empty for a few years, their relationship appears to be stretched to breaking point.  It is not only the remoteness of the house in the Suffolk countryside that is a factor, but the tension between Hannah and Will.  Hannah’s longing for a child has divided them and whilst she is sure that this will be the perfect family home, Will is not so sure about the huge commitment they have made in the house.

Hannah puts them both under intense pressure by insisting on having the house decorated from top to bottom within two weeks and ready for inspection by someone initially only known as “Barbara”.  To begin with I thought that Barbara was the mother-in-law from hell who must be shown a perfect house but no, apparently she is the person who potentially holds Hannah’s future happiness in her hands. When a heavy snowfall keeps Will in London and Hannah stranded at the house on her own, strange things start to happen, for example items being moved around in various rooms and a feeling of being watched.  At this stage, I wasn’t quite sure where the story was heading – was it a psychological thriller or a ghost story?  With sinister neighbours, no heating, no landline, an unreliable mobile phone signal and signs that someone unseen is also living at the house, it’s not surprising that Hannah starts to feel scared.

I have to admit when I first started reading, I did take me a while to feel anything for Hannah and Will.  Hannah’s relentless decorating schedule was exhausting and I could understand why Will did a runner back to London.  Hannah had previously had a challenging and responsible career and she was used to dealing with difficult situations however her all consuming desire for a child conflicted at times with common sense decisions. Will seemed quite immature and rather than stay and discuss their problems, he ran way.

Despite my initial reservations and after a bit of a slow start, this did turn into a gripping and suspenseful read with the author skilfully racking up the sense of fear and the sinister atmosphere.  The neighbours were truly creepy and were desperate to keep their secrets hidden at any cost, giving rise to an ever present feeling of danger.  Hannah’s increasing isolation, both in terms of location and in her marriage added to the tension. The ensuing storyline was original and it certainly didn’t pan out in the way that I had envisaged.

I did spot a couple of instances of minor inaccuracies with regard to the trains and I don’t know if these have since been corrected. Having travelled the London to Essex/Suffolk line for over 15 years from London Liverpool Street, I am not aware that you can get a train direct to Suffolk from Paddington Station.

There are plenty of plot twists to make this an interesting and addictive read.  I will certainly read more by Louise and do have The Playdate and Accidents Happen on my bookshelf awaiting their turn.

My thanks to Netgalley and the publisher for the review copy 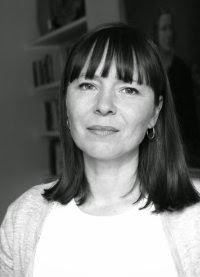 Louise Millar grew up in Scotland, and now lives in London with her husband and two children. Before turning to fiction, she spent 20 years working in magazines and newspapers, starting as a freelance sub-editor on entertainment titles such as the NME, Kerrang!, Empire and Smash Hits, before crossing over into women’s magazines and becoming a senior commissioning editor at Marie Claire. In 2006, she left Marie Claire to start a business writing ‘ordinary people’s memoirs while writing freelance features for magazines and newspapers, and starting work on her debut novel, The Playdate. Her second novel, Accidents Happen was published in April 2013.