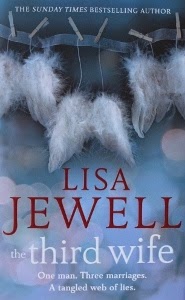 London 2011: In the early hours of a summer morning, a young woman is killed by a bus. A tragic accident? Or suicide?

A year later, her devastated husband, Adrian Wolfe, is determined to find out.  Adrian and Maya had only recently married, and he’d always believed they were happy together.  His children from his two previous marriages loved her. And Maya loved them.

She had a job she enjoyed, she had plenty of friends, and she and Adrian were trying for a baby. They seemed to have the perfect life. Why then might she have wanted to kill herself?

When Adrian finds a hidden stash of poisonous emails on Maya’s laptop he begins to identify the dark cracks in her life.

Because everyone has secrets.
And secrets have consequences
Some of which can be devastating.

Adrian Wolfe is a lucky man, or so he thinks.  He is married to a younger woman, Maya; he has 2 ex-wives and 5 children and the whole family apparently gets on so well that they go on holiday together.  Everybody is happy – or are they?  When his wife Maya is killed after drunkenly stumbling in front of a bus nobody can be sure whether it was a tragic accident or a deliberate act.

I’m late coming to Lisa Jewell’s books and have yet to read many of her earlier stories but I have thoroughly enjoyed the latest ones I have read. I was looking forward to this one and on seeing that it appeared to be a darker read than usual, even more so.

Adrian is a ‘serial’ husband, he falls in and out of love and goes through life thinking that all would be better with someone else and not really giving much thought to the wreckage he leaves behind.  He has a distant and detached relationship with his eldest son Luke and has no idea of how his children really feel.  He is very happy with the current arrangement of everybody holidaying together and either selfishly, or naively, believes that others are too.  It is only after Maya’s death that he actually begins to think about how other lives were affected and to consider how much he is responsible for what happened.

Through flashbacks, the layers of Maya’s life with Adrian are gradually revealed.  We discover what she actually thought of being ‘the third wife’.  Being married to Adrian wasn’t as wonderful as she first imagined, she finds herself being pushed to the periphery of the two families as well as being used as a babysitter.  As if that wasn’t enough, she realises that someone is determined to make her life miserable and to drive her away from the family.

One year after Maya’s death, Adrian is still grieving.  He needs answers and when the mysterious Jane pushes her way into Adrian’s life and then disappears, he is intrigued.  Who is this woman and what is her connection to Maya?  He sets out to find the answers to the questions he should have asked himself a long while before.

There is a lot to enjoy here.  I didn’t have much sympathy with Adrian, I thought he was selfish and self-obsessed but the story is not just about him.  The characterisations of other family members are excellent, the complicated family relationships and their allegiances are so vividly drawn with every character showing their flaws. I really didn’t know who could be trusted.  Add in to the mix intrigue and the unexplained death of a young woman and you have a skilfully woven dark and slightly sinister tale that will keep you turning the pages. 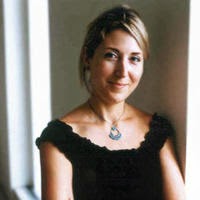 Lisa Jewell was born and raised in north London, where she lives with her husband and two daughters. Her first novel, Ralph’s Party, was the bestselling debut of 1999. She is also the author of Thirtynothing, One-Hit Wonder, Vince & Joy, A Friend of the Family, 31 Dream Street, The Truth About Melody Browne and After the Party, all of which have been Sunday Times bestsellers. More recent releases include The Making of Us, Before I Met You and The House We Grew Up In