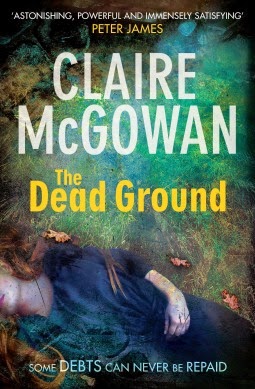 Forensic psychologist Paula Maguire, already wrestling with the hardest decision of her life, is forced to put her own problems on hold when she’s asked to help find a baby taken from a local hospital.

Then the brutal murder of a woman found lying on a remote stone circle indicates a connection to the kidnapping and Paula knows that they will have to move fast if they are to find the person responsible.

When another child is taken and a pregnant woman goes missing, Paula finds herself caught up in a deadly hunt for a killer determined to leave no trace, and discovers every decision she makes really is a matter of life and death…

This is the second book in the Paula Maguire series (the first being ‘The Lost’).  I enjoyed the first very much and although in this story I felt that Paula was a little more subdued and not quite such a maverick, the overall quality and the general darkness of the plot goes up a notch.

Forensic psychologist Paula Maguire is still with the MPRU (Missing Persons Response Unit) headed up by Guy Brooking, seconded from London, and yet again finds herself caught between the clash of personalities between Guy and DCI Helen Corry of the Serious Crime Unit.  When a newborn baby is snatched from a local hospital and then later more babies and pregnant women go missing, both forces want to work the case their own way and it becomes a battle of wills between Brooking and Corry as to who will the first to find the perpetrator.

Paula has a major decision of her own to make; her personal life is a mess and new information that she has received about the disappearance of her mother 17 years previously is causing conflicting emotions.  She needs the help and support of her oldest friends more than ever but instead she seems to be driving them away.   She continues to live with her father and, as before, her father PJ is keeping his feelings to himself regarding her mother, his developing friendship with Pat (mother of Paula’s former boyfriend, Aidan), is giving signs that he is ready to move forward with his life.

Set against the backdrop of an icy and snowy winter, this story is much darker than the previous one with the scene of crime descriptions becoming even more gruesome with each discovery.  It is not just babies that are missing, pregnant women are also being abducted and Paula and her colleagues have to go back to the past to discover which of their (many) suspects could be responsible.   An integral part of the story are the religious issues regarding abortion and the political hostilities and suspicions that still run deep between the north and the south – these divisions are even felt in the unit where Paula is working.

There are plenty of twists and turns in the story that kept me engrossed and turning the pages.  A few times I thought I knew who the culprit was but after a few teasers and one or two curve balls, I realised that actually I didn’t have a clue and it could have been any one of several suspects – although once I got near to the end, I was really was biting my nails – it was that tense!   It’s probably not the best choice of book if you are pregnant or have just had a baby but for crime fans the well written plot structure and developing characters makes for a very good read.  I’ve read all three of Claire McGowan’s books now (her debut thriller, The Fall, was a standalone); she has made this series her own and the quality of her writing just gets better.

It’s not essential to have read the first book in the series, but for character development and continuity, I would recommend that you read The Lost first.   I am pleased to see that there is a book 3 due later this year (The Silent Dead).  The reason for the disappearance of Paula’s mother alone is enough to make me want to continue reading the series as well as discovering which path Paula follows, although I have to say I do miss the strong willed and ‘take a chance’ Paula from the first book and hope she returns again!

My thanks to the publisher for the copy to review.

Claire McGowan grew up in a small village in Northern Ireland. After a degree in English and French from Oxford University she moved to London and worked in the charity sector. The Fall was her first novel, which is followed by a series starring forensic psychologist Paula Maguire in The Lost and The Dead Ground.