I’m delighted to take part in the blog tour for Jane’s second book, The Faerie Tree, published on 21 March 2015 by Troubador Publishing/Matador.  Jane is also giving away a paperback copy – please see below. 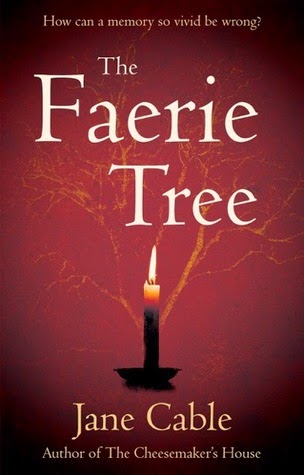 How can a memory so vivid be wrong?


I tried to remember the first time I’d been here and to see the tree through Izzie’s eyes. The oak stood on a rise just above the path; not too tall or wide but graceful and straight, its trunk covered in what I can only describe as offerings – pieces of ribbon, daisy chains, a shell necklace, a tiny doll or two and even an old cuckoo clock.
“Why do people do this?” Izzie asked.
I winked at her. “To say thank you to the fairies.”


In the summer of 1986 Robin and Izzie hold hands under The Faerie Tree and wish for a future together. Within hours tragedy rips their dreams apart.


In the winter of 2006, each carrying their own burden of grief, they stumble back into each other’s lives and try to create a second chance. But why are their memories of 1986 so different? And which one of them is right?


With strong themes of paganism, love and grief, The Faerie Tree is a novel as gripping and unputdownable as Jane Cable’s first book, The Cheesemaker’s House, which won the Suspense & Crime category of The Alan Titchmarsh Show’s People’s Novelist competition. It is a story that will resonate with fans of romance, suspense, and folklore.

I would like to welcome Jane, who will tell you a little more about The Faerie Tree.

SO WHAT EXACTLY IS A FAERIE TREE?

My first encounter with a faerie tree was with the one in the story. In April 2010 a friend took me for a walk in some woods next to the River Hamble with the express purpose of introducing me to the tree. In fact, it was rather less formal than that – all I wanted to do was to hug it.

I suspect my reaction was an echo of a very distant shared memory of a faith pre-dating Christianity. Did our pagan ancestors worship trees? I suspect a better word would be venerated, acknowledging their importance as providers of shelter and sustenance. Modern-day pagans do just the same.

I should make it clear that the faerie tree on the banks of the Hamble at Curbridge seems to have less to do with paganism and more to do with a little whimsy and family fun. I have no idea how long the practice has been going on, but people who visit the tree leave what I can only describe as offerings for the wee small folk of the woods. When I first saw it there was more in the way of ribbons and strings of beads – now there is a definite preference for miniature soft toys and dolls.

The other thing people do is write letters to the faeries. Sometimes they ask for wishes to come true; alternatively they leave poems or ask the faeries questions about their lives. And what is even better is that the faeries, pixies and elves of the wood reply to each and every one.

How could that fail to inspire an author? Faeries who spend endless hours writing to children. Faeries who share exactly the same handwriting, but who nobody ever sees. Faeries who collect very small fortunes for Barnardo’s from the coins left studding the tree trunk.

I knew, back in April 2010, that the tree would feature in one of my books. The whole set up was so innocent – and yet so intriguing. What stories could start – or end – under such a tree? Might the tree itself be a source of secret powers? Could the faeries really exist? (Just kidding – I know they do).

The shared memory of paganism inspired me as well. As my characters developed it made sense that Jennifer, the guardian of the tree, was motivated by her faith but to find out exactly what that faith would be took a great deal of research. As I wandered through pagan websites and literature I found the religion which suited Jennifer – and the faerie tree – best was heathenry.

Heathenry is a modern day variant of pre-Christian northern European faith. It recognises major gods (Odin, Thor, Freya et al), local gods, ancestor worship and most importantly for the story, nature-loving wights – or elves. The central tenet of the religion is wyrd, a complex concept of patterns of the past continually linking to patterns of the present; everything we are and do is dependent on what we or others have done before us and all our actions now will affect the future.

Other than a huge respect for nature, heathenry is not specifically linked to faerie trees, which have a broader Celtic context, particularly in Ireland. Here they are specific hawthorns, (the Hamble tree is an oak) which cannot be cut down for fear of offending the faeries (or wee folk) who live beneath them. Roads have even been re-routed to avoid them and this reminded me of a trip to Iceland when I learnt that the hiddenfolk are respected in the same way – there is even a government minister with responsibility for their well-being.

This is what I meant by a shared past leading us to consider trees as special. Across the generations and across Europe (if not the world), the beliefs – and the practices – still exist. It is simply that we all translate them into our experience in our own way.

And in case you’re wondering… yes… I have written to the faeries… And yes… they did reply.

Jane has kindly offered one paperback copy of The Faerie Tree.  To enter just leave a comment below and I will pick a winner at random when the giveaway closes at 6pm on Wednesday 1 April.  The book will be sent to you direct by Jane.

I hope you enjoyed Jane’s post and good luck if you are entering! 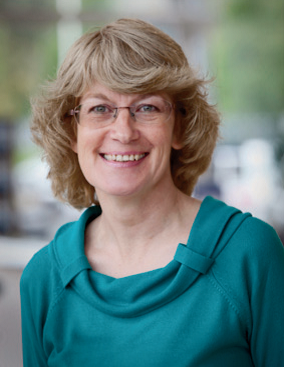 The Faerie Tree is set to be as gripping and unputdownable as Jane’s first book, The Cheesemaker ‘s House, which won the
Suspense & Crime category of The Alan Titchmarsh Show’s People’s Novelist competition.

Following the success of her debut novel, The Cheesemaker ‘s House Matador, 2013 , Jane Cable divides her time between writing and her chartered accountancy business. Although born in Cardiff, Jane now lives on the Hampshire/Sussex border and The Faerie Tree is set nearby.

22 March:  Random Things Through My Letterbox