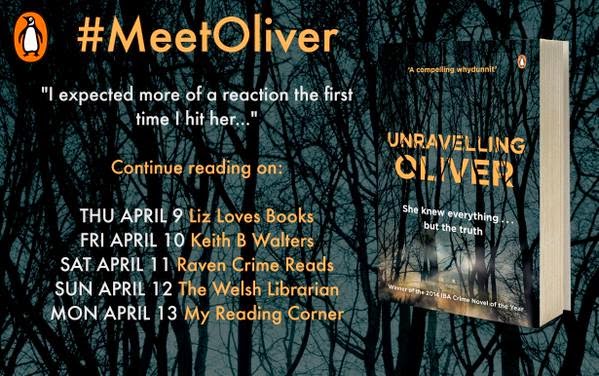 Unravelling Oliver was one of my top 10 reads of 2014 (reviewed here) and I was thrilled to be asked to take part in this tour to introduce readers to the character at the centre of Liz Nugent’s novel.   You can read the first chapter across 5 blogs over 5 days

Yesterday it was the turn of thewelshlibrarianblogspot to host Extract No. 4 and you can read the final extract below. 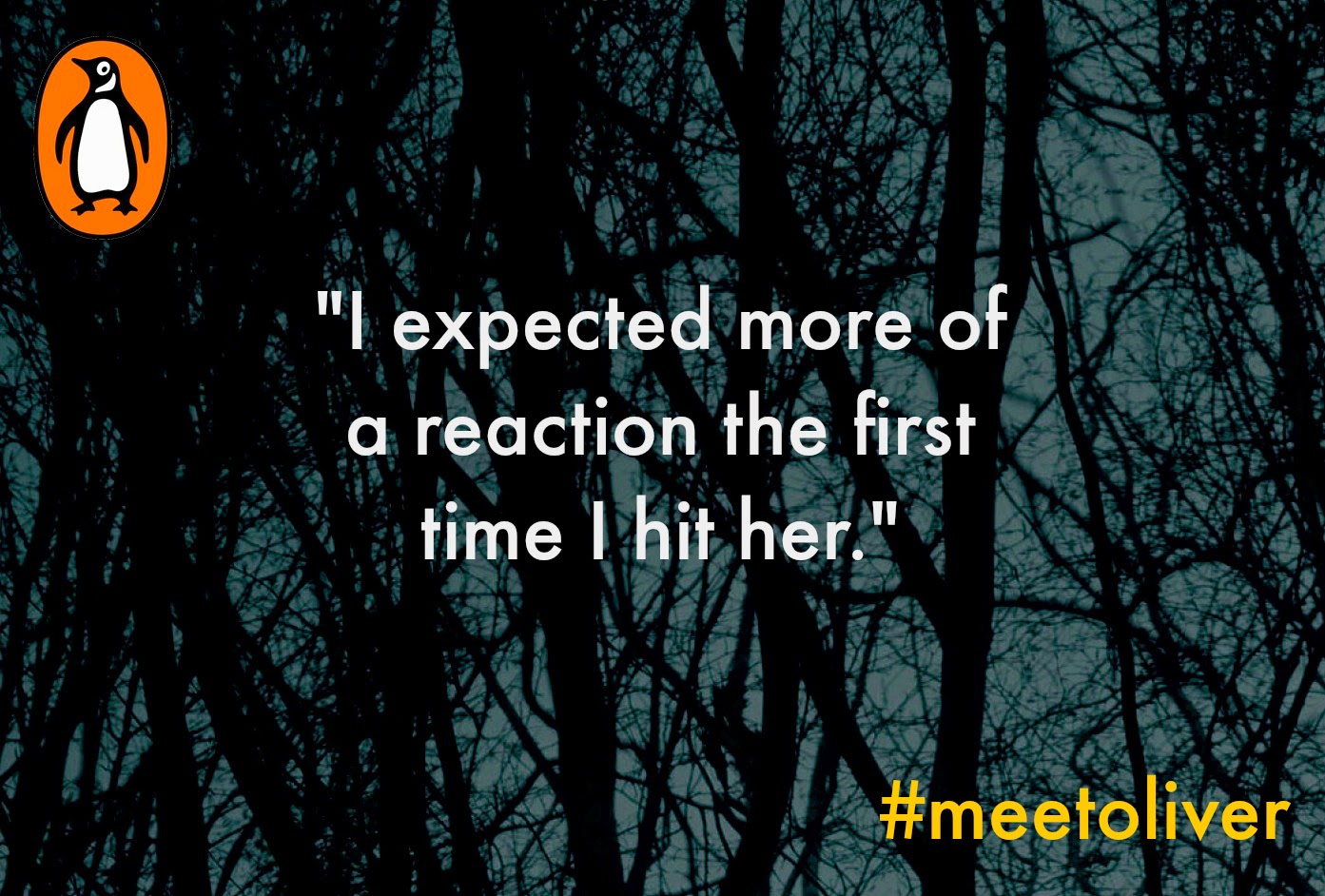 Returning to the house on the night Alice pushed me too far, I fumbled with the key in the door. I stepped into the dining room. She wasn’t on the floor, thank God. She was sitting in the kitchen, nursing a mug of tea. Her hand rubbed at her face. She looked at me without affection. I noticed that her jaw was quite red on the right-hand side.No bruise. Yet. I looked at her. Smiled.

The wooden box in which I had locked away my darkest secrets lay open on the table in the hall, its lid agape, lock smashed, contents violated.

‘Liar!’ she said, her voice breaking.

It was clear that she intended to ruin me.

The second time I hit Alice, I just couldn’t stop. I am very sorry about that indeed. I have been in control of my life since I was eighteen years old, and to lose control is a failing. Needless to say, I am not allowed to visit her in hospital. It is silly really. It is February 2012, so it’s been three months now. In her condition, she wouldn’t know if I was there or not.

It turns out that I am a violent man after all. It comes as a shock to me. I have been psychologically assessed. I decided to tell them almost everything. Apparently, I have been harbouring bitterness, resentment and frustration since my childhood. Now, there’s a surprise.

What will the neighbours think? What will anybody think? 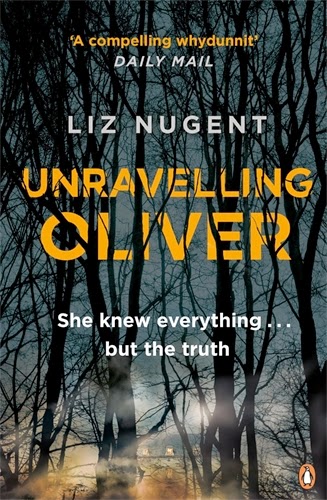 Liz Nugent’s gripping novel of psychological suspense, Unravelling Oliver, is a complex and elegant study of the making of a sociopath in the tradition of Barbara Vine and Patricia Highsmith.

Oliver Ryan is a handsome and charismatic success story. He lives in the suburbs with his wife, Alice, who illustrates his award-winning children’s books and gives him her unstinting devotion. Their life together is one of enviable privilege and ease – enviable until, one evening after supper, Oliver attacks Alice and beats her into a coma.

In the aftermath, as everyone tries to make sense of his astonishing act of savagery, Oliver tells his story. So do those whose paths he has crossed over five decades. What unfolds is a story of shame, envy, breath-taking deception and masterful manipulation.

Only Oliver knows the lengths to which he has had to go to get the life to which he felt entitled. But even he is in for a shock when the past catches up with him.

Liz Nugent has worked in Irish film, theatre and television for most of her adult life. She is an award-winning writer of radio and television drama and has written short stories for children and adults. Unravelling Oliver is her first novel.