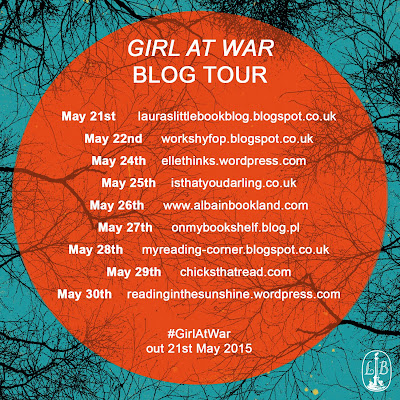 Girl at War by Sara Nović is available as an e-book. the hardback was published on 21 May 2015 by Little, Brown. The paperback will be available on 3 March 2016. 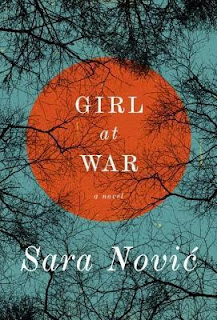 
Growing up in Zagreb in the summer of 1991, 10-year-old Ana Juric is a carefree tomboy; she runs the streets with her best friend, Luka, helps take care of her baby sister, Rahela, and idolizes her father. But when civil war breaks out across Yugoslavia, football games and school lessons are supplanted by sniper fire and air raid drills.

The brutal ethnic cleansing of Croats and Bosnians changes Ana’s life, and she is lost to a world of genocide and child soldiers; a daring escape plan to America becomes her only chance for survival. Ten years later she returns to Croatia, a young woman struggling to belong to either country, forced to confront the trauma of her past and rediscover the place that was once her home.

Girl At War is a haunting, compelling debut from a brilliant young writer, rooted in historical fact and personal experience. Sara has lived in the States and Croatia, and her novel bears witness to the haunting stories of her family and friends who lived through the height of the conflict, and reflects her own attempts to come to terms with her relationship to Croatia and its history. It is an extraordinary achievement for a novelist of any age, let alone age 26.

This isn’t a topic that I would have normally chosen to read and had Little, Brown not offered this for review, it might have passed me by, which would have been a great shame and I am so glad that I accepted. I remember the Yugoslavian war taking place and being horrified by the images and reports but I never really understood the intricacies of the conflict. I’ve seen evidence of it in the beautiful city of Dubrovnik and some buildings still have bullet holes in the walls as a permanent reminder of the atrocities and wreckage of war.

We first meet Ana Jurić in the summer of 1991. She is 10 years old and living in Zagreb with her parents and baby sister Rahela. She is a bit of a tomboy who enjoys nothing more than biking around the town with her best friend Luka or playing football. She can feel the tensions building around her but in her childish innocence doesn’t understand why. It is when she goes to buy cigarettes for her godfather, which she has done many times before, and is asked whether she wants Serbian or Croatian ones; and doesn’t get served because she doesn’t know the answer, that she unknowingly has her first experience of the divisions that will devastate her life and her community.

The story moves forward to Part 2 and we meet Ana again when she is 20 and studying in America. She has been asked to give a presentation to at the UN headquarters in New York about her experiences of surviving the civil war. She has spent the last 10 years trying to blend in with her adopted country and trying to disguise her Croatian background from friends and, in particular, from her American boyfriend. The emotional effect of giving this presentation and having to make decisions about her relationship are catalysts for her desire to return home – to Croatia.

The accomplished and yet simplistic tone of Nović’s writing belies the horror of war behind the words. There are scenes of shocking brutality which made me gasp. The story is narrated by Ana and the voice of the innocent young 10 year girl was a marked difference to the 20 year narrator. In my opinion the adult Ana was a complex and often prickly character and not always easy to like. Considering what she has been through I can understand why.   Although she was only a child when her war ended, the memories of her earlier life are with her constantly and part of her feels that her new life is a betrayal of her old one. Her decision to return to Croatia is partly to try and find out what has become of close friends and loved ones but also to find out who she really is. We accompany her on her journey and it is then that we are exposed to her memories and her past.

I have deliberately tried to leave out much of the detail because this is a story that that you just have to discover for yourself.   It is hard to believe that this is Sara Nović’s debut novel – the writing is so powerful and at times brutal and for those of us who have never had to experience such horrors, it will have a profound impact.  Because of the subject matter, it would be wrong to say that I ‘enjoyed’ reading this book, although I am so very glad that I did read it.  It is a remarkable novel that I would definitely recommend.

My thanks to Poppy and the publisher Little, Brown for the advance reading copy. 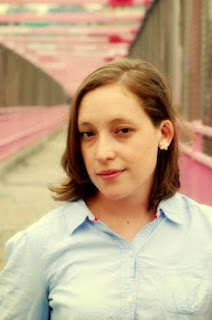 Sara Nović was born in 1987 and has lived in the United States and Croatia. She recently graduated from the MFA program at Columbia University, where she studied fiction and translation. She is the fiction editor at Blunderbuss Magazine, and teaches writing at the Fashion Institute of Technology. She lives in Queens, New York.