Beyond the Sea – Melissa Bailey – Q&A and Review 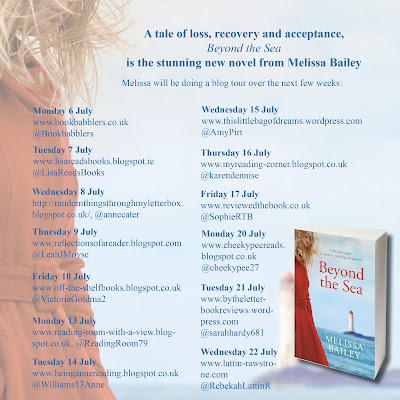 I’m delighted to be taking part in the blog tour for Beyond the Sea…and especially honoured to be hosting on PUBLICATION DAY.

My review is at the end of this post.

I would like to welcome Melissa to My Reading Corner.  Thank you for taking the time to answer my questions. 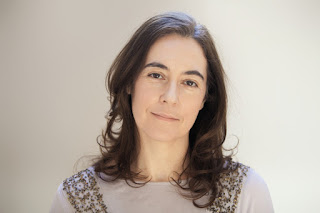 Beyond the Sea is your second novel (The Medici Mirror being your first). How do you approach the writing process, do you research and plan in detail first or do you start writing and just run with the story?  Did you do anything different when writing your second novel?

Research is one of my favourite parts of the writing process and I do lots and lots of it before I put pen to paper on a novel. When I’ve reached saturation point I stop and try to a great extent to forget everything I’ve learnt. Then I start to plot. I don’t plan a novel in a huge amount of detail but I work from a general outline that’s specific enough to keep me on track, in theory at least, but loose enough to allow the story to develop in its own way. I worked in exactly the same way with both books, but managed to finish my second much more quickly than my first. It’s amazing what motivating power a deadline can have!

Can you please tell us a little about Beyond the Sea.  Where did the inspiration for the story come from?

It centres on Freya, a year after the death of her husband and son, and her journey through grief as she returns to a remote Hebridean island where she and her family lived. The ocean dominates the landscape and Scottish myths of the sea pervade. There’s also a historical thread – the discovery of letters written by a Cromwellian sailor despatched to battle in the Hebrides in 1653, his own sense of isolation and alienation mirroring Freya’s.

The book grew out of a single image that had taken root in my mind – a woman with white hair, standing on a tiny island, alone, a lighthouse in the near distance behind her. After lots of research, and having indulged my obsession with myths and fairy tales, a novel emerged.

What is the best writing advice you have received?

It was short and sweet but very pertinent. Keep writing. Don’t give up. The more you write the better it gets.

Funnily enough it’s both things. It can be very distracting when you’re trying to focus completely on your writing. During those periods I try to cut off all access to twitter and facebook and limit myself to checking only after I’ve finished for the day. It’s a good theory, but it doesn’t always work! And that’s because, sitting alone every day, social media is really important to a writer as a means of connecting to others – friends, writers, bloggers etc. Otherwise you can feel quite isolated.

What type of book do you enjoy reading for pleasure, and what are you reading now?

I love contemporary fiction and one of my favourite novelists is a Japanese writer called Haruki Murakami. His books are modern, surreal, weird and wonderful – fish rain down from the sky and cats talk. For the same reasons I also think Michel Faber is great. But I love older more traditional writers as well, Dickens and the Brontes, as well as modern British writers, Rose Tremain, Maggie O’Farrell, David Nicholls. At the moment I’m reading The Children Act by Ian McEwan.

What is next for you as a writer? Is there another book being planned?

Yes there is. You might have gathered that I like to explore dark topics – betrayal and black magic in The Medici Mirror, grief in Beyond the Sea. I can’t say much about the third book but I will tell you that it’s about madness. 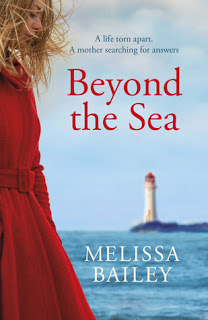 The second novel from Melissa Bailey, author of The Medici Mirror. Perfect for fans of Barbara Erskine

One summer’s day, Freya’s husband and son disappeared on a boating trip.


A year on, and struggling to cope, Freya returns to the lighthouse-keeper’s cottage on a tiny island in the Hebrides where they spent so many happy times.


Haunted by visions of the life she used to have, Freya finds comfort in the discovery of her son’s diary, written in the weeks before he disappeared.


Until a man, Daniel, is washed up on the shore during a storm, and suddenly her dreams turn menacing. As dream and reality merge, Daniel seems to be turning up wherever she goes and she has no idea what he wants from her.


Is her mind playing tricks? Or is the danger she senses real?


Set amongst the beautiful scenery of the Scottish isles, Beyond the Sea will make you long to go there. Beautifully and sensitively written, Beyond the Sea is a tale of loss, recovery and acceptance.

When Freya returns to the lighthouse-keeper’s cottage that she shared with her husband and son, her grief at their loss is still overwhelming, however she feels that she has to return to the cottage to try and find some peace. She still has so many questions as to what happened and hopes that by coming back, she would somehow find some answers.

The story is set around the islands of the Hebrides and the writing is beautifully descriptive. The beauty and bleakness of the islands, the power of the water and the ferocious storms are all vividly described. Freya’s grief and sense of loss was gently and sensitively handled and the moment when she found her son’s diary bought a lump to the throat.

This is a very gentle and slow paced story and although there were times when I would have liked the story to move just a little faster, I cannot fault the writing. I particularly enjoyed reading the love letters written by one of Cromwell’s soldiers from the 1600’s, which added an extra dimension and these letters, together with the myths and folklore weaved throughout the story, made for an intriguing and interesting read with a slightly magical aspect.

This atmospheric story focuses on Freya’s grief and her attempts to come to terms with her loss. The main characters are very well drawn, although I felt that the scenes with Daniel were not quite as suspenseful or as menacing as I was anticipating from the book description but maybe I was expecting too much.  Freya, of course, is the main character and we get to see the rawness of her emotions, with her more outgoing and confident sister Marta playing a supportive role, despite the tensions that sometimes came between them. There were characters that I would have loved to have seen more of in the story – Callum, who takes tourists around the islands and who was close to the family – I felt there was more to him than the story disclosed and also the elderly Torin. Torin appeared to have the gift of second sight and his telling of the local legends and warnings of danger added to the intrigue.

Beyond the Sea is the second novel by Melissa Bailey. Her first, The Medici Mirror, was published in 2013. I very much enjoyed my time in the Scottish islands and I also liked Melissa’s writing style.  I will be looking to add The Medici Mirror to my reading pile.

My thanks to the author, Philippa and the publisher for inviting me to take part in the blog tour and for providing a paperback copy for review.

Melissa Bailey read English at Oxford, before studying law in London and then pursuing a career in Media Law. Beyond the Sea is her second novel. She lives in London with her partner, a human rights lawyer.