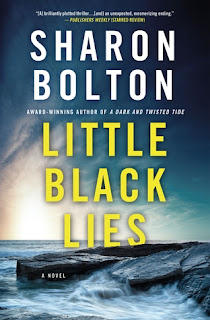 What’s the worst thing your best friend could do to you?

Admittedly, it wasn’t murder. A moment’s carelessness, a tragic accident – and two children are dead. Yours.

Living in a small island community, you can’t escape the woman who destroyed your life. Each chance encounter is an agonizing reminder of what you’ve lost – your family, your future, your sanity.

How long before revenge becomes irresistible?

With no reason to go on living, why shouldn’t you turn your darkest thoughts into deeds?

So now, what’s the worst thing you can do to your best friend?

It’s been a while since I read a Sharon Bolton standalone (the last being Blood Harvest in 2010), and having been hooked on the excellent Lacey Flint series it was with much anticipation that I started Little Black Lies.

It is set on the Falkland Islands, more than a decade after the conflict ended; a landscape that seems so bleak and remote and is in stark contrast to the claustrophobic feel of the small Stanley community, where everybody seems to know each other’s business. Some people are, however, very good at keeping secrets.

Set in the mid 1990’s over a period of 5 days this is an atmospheric and disturbing story of lost friendship, grief, guilt, revenge and forgiveness. There are 3 parts to the story told by three main characters, Catrin, Callum, and Rachel. Each gets to tell their story over the same timeline and although initially I thought that this style of narration slowed down the story, I soon got into it and realised that it was a very good way of seeing each perspective, without being repetitive. Both main and secondary characters have their own distinct personalities and this may sound bad, especially as she was a grieving mother, but I didn’t find Catrin an easy person to warm to, although I admired her strength of character, especially when she had to take charge of a distressing event.

Catrin Quinn’s two boys are dead, and the person who was responsible for their deaths was her best friend Rachel. The tragedy also cost Catrin her marriage. It is now three years on and the anniversary of her children’s death is approaching. Catrin has never forgiven Rachel and has revenge on her mind.

Callum is a former soldier who stayed on the island when the war finished. He is still suffering flashbacks of the dreadful events he experienced and has instances of memory loss – when he could have done anything and not remembered.

Rachel has never forgiven herself for her part in the death of Catrin’s boys and we see events from her perspective.

When children go missing and a body is found, nobody wants to admit the possibility that one of their own could be a child killer. There is much speculation and people come under scrutiny and suspicion.

Sharon Bolton has always been superb at creating atmosphere and her vivid descriptions bring a story to life. The remoteness of the islands and the bleak landscape give a dark and haunting feel to the story which is enhanced by the insight we have into the thoughts of the three main characters. It is intricately plotted and there are twists and turns as you would expect. Just when you think you have things sussed, the author throws another curveball.

The story is everything that you would expect from Sharon Bolton. Dark, gripping and disturbing but so very readable…and that ending. I had to read it twice.


My thanks to Alison Barrow and the publisher for the review copy. 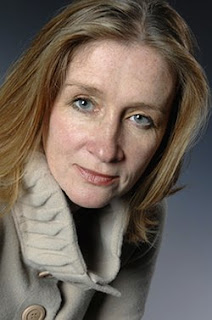 Sharon Bolton is the author of the bestselling Lacey Flint series. Little Black Lies is her first stand-alone thriller since Blood Harvest, which was shortlisted for the CWA Gold Dagger for ‘Crime Novel of the Year’.

Sharon lives near Oxford with her husband and son.