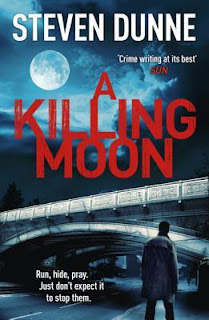 For the young woman kidnapped on her way home from the pub, the nightmare is about to begin…

Weeks after Caitlin Kinnear goes missing, the police are unable to break her case. Worse they are not even certain harm has come to her. But determined to pursue all leads, DI Damen Brook and his team begin to trawl through the murky world of cheap migrant labour. Convinced that the answers lie hidden within its depths, Brook soon begins to realise Caitlin is in terrible danger.

When the body of another young girl turns up it becomes clear that Caitlin’s abduction might not be an isolated incident and the race is on to save her. But with time running out, can Brook put the pieces together and find Caitlin before it’s too late?

The first book I read by Steven Dunne was Deity in 2012 (briefly reviewed here) which was the third book in the Damen Brook series – I enjoyed it so much that I then bought the previous two, however I am sure that many booklovers and bloggers can relate to this – I had all good intentions of reading them to catch up but books overtake books and they are still on my bookshelf, unread!

This is now book 5 (I need to also catch up with book 4) but despite being out of sync with the series, it didn’t matter at all as A Killing Moon can easily be read and enjoyed on its own.

In this story there is no meandering around – the action starts straight away with the abduction of Caitlin Kinnear, a university student.  It is soon realised that there could be links between Caitlin’s disappearance and that of others and now shelved as ‘cold cases’. Brook takes full advantage of being in his Chief Super’s good books for once and against his superior’s initial orders, begins to look again into the disappearances.

As if kidnapping isn’t enough, what then follows is a story involving the seedier side of migrant labour and questionable business dealings.   There are characters holding extreme religious and moral views.  As the story progresses, it becomes more sinister and twisted and will make you fear for Caitlin.

Damen Brook is a complex character, he is not one for small talk but is well respected by those who work with him – if you needed help, he is the person you would want watching your back.  He makes no secret of his previous mental health issues and indeed, makes the odd joke at his own expense.  The partnership between him and his DS, John Noble, is one of those pairings that work so well, there is a mutual understanding with Noble often rescuing Brook from socially awkward situations.

The pace never lets up and I was so hooked by the story I read it at every opportunity even sitting up until the early hours to get to the end.

Steven Dunne has again created a dark and twisty crime thriller with such realistic characterisations and a well structured plot that keeps you constantly on your toes.  It is without a doubt, one of my favourite crime series, and I WILL definitely have a Damen Brook catch up session as soon as I can.

My thanks to Bookbridgr and the publisher for the copy to review. 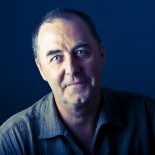 Steven Dunne was born in Bradford, Yorkshire but moved to London after attending Kent University and St Mary’s College in Twickenham. He became a freelance journalist writing for The Times and the Independent and, after co-writing a comedy pilot, wrote the book for The Latchmere Theatre’s award-winning pantomime Hansel and Gretel.

Since moving to Derby he has written four highly acclaimed thrillers – The Reaper, The Disciple, Deity and The Unquiet Grave, all featuring DI Damen Brook of Derby CID. He is also a part-time teacher in the city.

How to find out more –