How to be Brave – Louise Beech 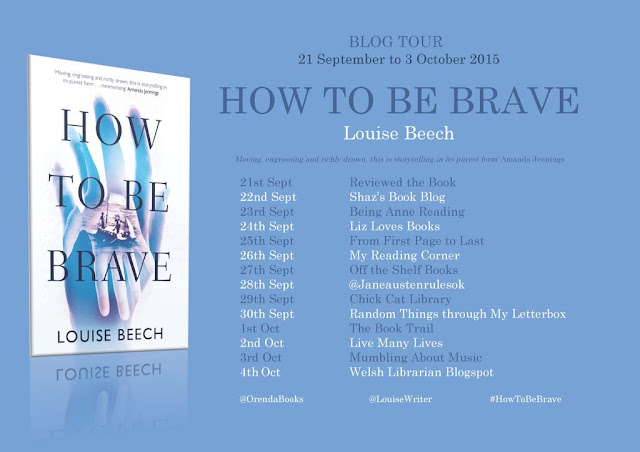 All the stories died that morning … until we found the one we’d always known.


When nine-year-old Rose is diagnosed with a life-threatening illness, Natalie must use her imagination to keep her daughter alive. They begin dreaming about and seeing a man in a brown suit who feels hauntingly familiar, a man who has something for them. Through the magic of storytelling, Natalie and Rose are transported to the Atlantic Ocean in 1943, to a lifeboat, where an ancestor survived for fifty days before being rescued. Poignant, beautifully written and tenderly told, How To Be Brave weaves together the contemporary story of a mother battling to save her child’s life with an extraordinary true account of bravery and a fight for survival in the Second World War. A simply unforgettable debut that celebrates the power of words, the redemptive energy of a mother’s love … and what it really means to be brave. 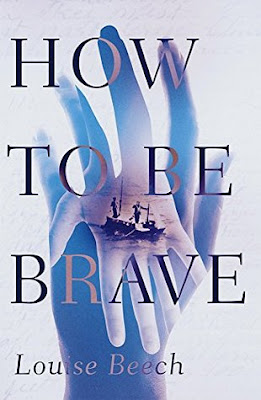 Based on family accounts, letters, and newspaper articles together with her imagination, Louise has crafted a beautifully written novel using her grandfather Colin’s story and her own personal experience with her daughter’s illness.

With her soldier husband Jake so far away in Afghanistan, Natalie is feeling alone and helpless in having to deal with her young daughter Rose’s newly diagnosed condition. 9 year old Rose is not dealing with the situation well and her bad behaviour takes its toll on Natalie. In order to give her daughter the medication she needs, she recounts the story of her grandfather Colin Armitage, a young seaman whose ship the SS Lulworth Hill was torpedoed during WW2. Colin and his fellow seamen spent 50 days in a lifeboat with dwindling supplies of food and water and being ever hopeful of rescue.

Whether from a dream or a ghostly apparition, Colin appears to both Natalie and Rose and his soothing presence is a lifeline to both. When Rose finds an old battered journal owned by Colin, his is the only story that she wants to hear and in return for Natalie telling her Colin’s story, she will accept the finger pricking and injections.

With the story told in turn by Colin and Natalie, the narrative moves seamlessly between the two and is an incredible tale of bravery and the desire to survive. I was totally captivated by Colin’s story of the time spent on the lifeboat, being trailed by a shark, eeking out Bovril tablets and biscuits and surviving on just a few mouthfuls of water each day. There were some parts that were heartbreakingly sad but the overall message was that of hope and his story was a tribute to the men’s bravery.

Rose’s journey to acceptance of her illness was not an easy one and her bad behaviour seemed at times totally unacceptable but both Rose and Natalie gained so much from their time spent with Colin.  Natalie wasn’t perfect either, her love for Rose was never in doubt but she struggled to cope with Rose’s illness, and there were times when I felt embarrassed at her inability to say even a simple ‘thank you’ to her kindly neighbour. However by learning of Colin’s courage, both Rose and Natalie found theirs.  In the words of Rose ……”you have to know how to be sad to know how to be happy and if you both of those things you’ll know how to be brave”.

This book was an absolute joy to read, Louise is a natural storyteller. The story flows so well between both timelines and she writes with honesty. Her characters are not always likeable but they are believable. This is a wonderful story to honour her grandfather’s memory.

Finally, I have to give a nod to the designer of the book cover. I thought the cover was stunning before but now after reading the book, it totally fits in with the story.

My thanks to the author and publisher for the copy to review. 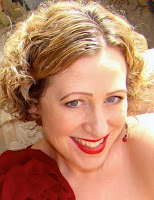 Louise Beech has always been haunted by the sea, and regularly writes travel pieces for the Hull Daily Mail, where she was a columnist for ten years. Her short fiction has won the Glass Woman Prize, the Eric Hoffer Award for Prose, and the Aesthetica Creative Works competition, as well as shortlisting for the Bridport Prize twice and being published in a variety of UK magazines. Louise lives with her husband and children on the outskirts of Hull – the UK’s 2017 City of Culture – and loves her job as a Front of House Usher at Hull Truck Theatre, where her first play was performed in 2012. She is also part of the Mums’ Army on Lizzie and Carl’s BBC Radio Humberside Breakfast Show. This is her first book.