The Hunter of the Dark – Donato Carrisi 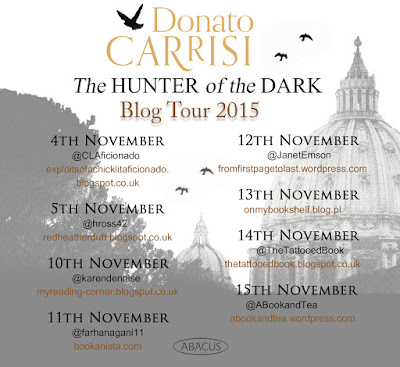 The Hunter of the Dark by Donato Carrisi

A brutal killer is on the streets of Rome.
He leaves no trace. And shows no mercy.


A series of gruesome murders leaves the police force in Rome reeling, with no real clues or hard evidence to follow. Assigned to the case is Sandra Vega, a brilliant forensic analyst, struggling to come to terms with the crimes and her own past. Sandra’s shared history with Marcus, a member of the ancient Penitenzeri – a unique Italian team, linked to the Vatican, and trained in the detection of true evil, means that the two are brought together again in the pursuit of a malignant killer.


Soon Marcus and Sandra notice the emergence of a disturbing pattern running alongside the latest killings – and every time they think they have grasped a fragment of the truth, they are led down yet another terrifying path.


A sensational new literary thriller from the bestselling author of The Whisperer, this novel captures the beautiful atmosphere of Rome and explores its dark and hidden secrets. 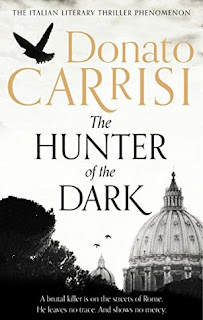 When I was asked by Little Brown to review this book and take part in this blog tour, I didn’t hesitate as it appealed to me immediately – firstly it was a crime thriller (which I love) and secondly it was set in Rome, a city that I have a great fondness for.

I have to admit that when I first started, it took me a while to get into as I found the beginning a little confusing. However once I got to grips with the characters and where in the story they belonged, I was totally engrossed and couldn’t put it down. After the prologue, which is an introduction to Marcus and the Vatican connection, the main story begins properly with the dismembered torso of a woman being discovered in the grounds of the Vatican, and from then on the body count rises.

This is a sophisticated and complex crime thriller. It has layers and subplots and the content and tone are far deeper and more philosophical than the crime stories I would normally read, with references to religion, psychology, and the concepts of good and evil. A repeated sentence throughout the book is “Good is the exception, evil is the rule”. I have to admit that some of the psychology did go over my head at times but at the heart of the book is a cracking crime story.

The hunt is on for the ‘Monster of Rome’. A killer who targets couples. Marcus, a former priest and now involved with the penitenzieri (the hunters of the dark), whose task is to find evil on behalf of the Church, joins forces with Sandra Vega, a police forensic photographer, to try and stop the killer. As well as putting their own lives at risk, they encounter corruption and blackmail and it’s hard to know who to trust. Although Sandra is part of the police force tasked with finding the killer, for reasons which are clear in the story, she feels a particular connection to one of the victims and this becomes more than just another case for her. Both her and Marcus were well defined characters each with their own flaws and strengths. One character trait they had in common was their tenacity – even if it meant disobeying rules, they were not going to give up. They were by far my favourite characters, however even the minor ones were given enough of a personality to make them memorable.

There is a wonderful sense of place with this story. As I’ve already mentioned, it is set in Rome; a city that I’ve been to many times and several of the locations were familiar. Even if you have never been before, it doesn’t really matter as the narrative is so descriptive you could easily visualise it.

I don’t want to give away any of the plot as discovering this for yourself is part of the beauty of the story and there are enough twists and surprises to keep you hooked. At one stage I thought I knew who the killer was until the author threw another curve ball. It’s quite a large book, (my proof copy was over 400 pages) and whilst the pace of the story varies, it didn’t become boring. What I didn’t appreciate until I had started reading, is that it has been translated from the original (by Howard Curtis). I don’t always enjoy translated books quite so much as sometimes meanings can be lost but in this case, the narrative flows so seamlessly that this didn’t bother me at all.

If you are looking for a crime thriller that is a little more challenging than the norm, then this one is well worth considering.

My thanks to Poppy and Lucy at Little, Brown for the ARC to review and for inviting me on to the tour.

Donato Carrisi was born in 1973 and studied law and criminology. He won four Italian literature prizes for his bestselling debut The Whisperer. Since 1999 he has been working as a TV screenwriter, and he lives in Rome.

3 thoughts on “The Hunter of the Dark – Donato Carrisi”