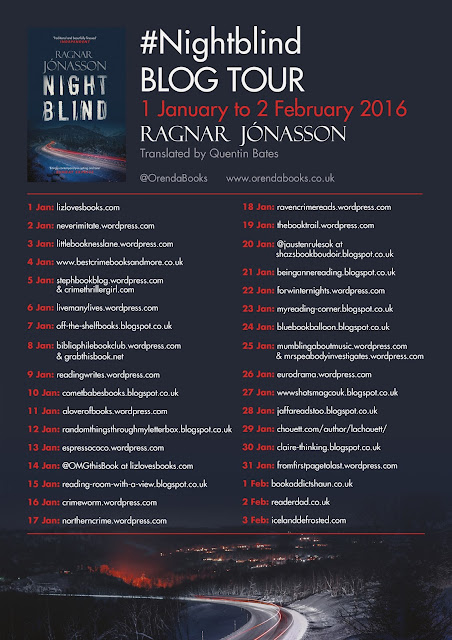 Siglufjörður: an idyllically quiet fishing village on the northernmost tip of Iceland, accessible only via a small mountain tunnel. Ari Thór Arason: a local policeman, whose tumultuous past and uneasy relationships with the villagers continue to haunt him. The peace of this close-knit community is shattered by the attack on a policeman – shot at point-blank range in the dead of night in a deserted house. With a killer on the loose and the dark arctic winter closing in, it falls to Ari Thór to piece together a puzzle that involves tangled local politics, a compromised new mayor, and a psychiatric ward in Reykjavik, where someone is being held against their will. Then a mysterious young woman moves to the area, on the run from something she dare not reveal, and it becomes all too clear that tragic events from the past are weaving a sinister spell that may threaten them all. Dark, chilling and complex, Nightblind is an extraordinary thriller from an undeniable new talent. 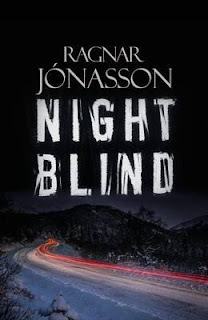 Snowblind is the first in the Dark Iceland series, with Nightblind being the fifth and set some 5 years after the end of Snowblind (the intervening years will be covered by the next three books, the next one being called ‘Blackout’. I had already bought Snowblind however my reading schedule didn’t go to plan and I didn’t have time to read it before Nightblind.  In my opinion, Nightblind can easily be read as a standalone, and I didn’t feel that I missed out by reading out of sequence.

Ari Thór Arason, a local policeman in the small town of Siglufjörður lives with his girlfriend Kirstin and young son. He has been passed over for promotion and his feelings of disappointment have done little to improve relations between him and his new inspector. His new superior officer, Herjólfur takes over a shift that Ari Thor should have done if he hadn’t been suffering with the flu. Herjólfur is critically injured whilst attending a call out to a deserted property. His shooting sends shockwaves around the town, violent crime being so rare in Siglufjörður.

Ari Thor doesn’t get to investigate this case on his own, his old boss Tómas is bought in from Reykjavík. Both men are put under pressure and have to try and retain their integrity as local politicians wanting to protect their own careers try to interfere.

The story spreads out in different directions – I don’t want to give too much away but for both Ari Thor and Tómas this complex case certainly stretches them.  There are many people who have their own secrets to protect and the question of conflicted loyalties arise.

The wintry cold and isolated setting of Siglufjörður, on the northernmost tip of Iceland, is well described, as is the character of Ari Thor. Although he has a ‘quietness’ about him he is a complex character. He is still affected by events of his childhood and has his moments of jealousy and bad temper, none of which help his relationship with Kirstin.

Throughout the story are separate chapters narrated in the form of diary entries, written by a patient in a psychiatric hospital, this adds an extra element of intrigue and mystery to the story.

Nightblind is a quietly chilling crime thriller, relying on description and atmosphere rather than hard core action to drive the story forward. However don’t be misled, Nightblind has enough twists and intrigue to keep you turning the pages.   This may be a fairly short(ish) novel of just over 200 pages but there is so much quality both in terms of writing and the plot contained within.

I must give a mention to the excellent translation by Quentin Bates. His skill ensures that the story and dialogue both flow seamlessly without the clunky turn of phrase that so can often affect translated novels.

Ragnar Jonasson has a superb talent and this is a series that I will certainly be keeping up with.

Source: My own purchased copy.

I have a duplicate copy of Nightblind and with the publisher’s permission, I have a brand new paperback copy to offer for a giveaway.  Entry details below via Rafflecopter.  Good luck – whoever wins is in for a great read. 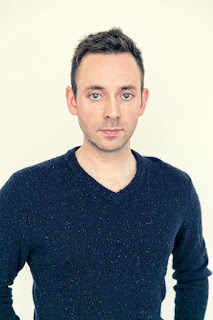 Ragnar Jónasson is author of the international bestselling Dark Iceland series.  His debut Snowblind went to number one in the kindle charts in four countries, shortly after publication, and continues to attract a great deal of attention. Ragnar was born in Reykjavik, Iceland, where he works as a lawyer. He also teaches copyright law at Reykjavik University and has previously worked on radio and television, including as a TV news reporter for the Icelandic National Broadcasting Service. Ragnar is a member of the UK Crime Writers’ Association (CWA) and recently set up the first overseas chapter of the CWA, in Reykjavik. He is also the co-founder of the Reykjavik international crime writing festival Iceland Noir. From the age of 17, Ragnar translated 14 Agatha Christie novels into Icelandic. He has appeared on festival panels worldwide, and lives in Reykjavik with his wife and young daughters.
Blackout will be published by Orenda Books in 2016.