You and Me, Always – Jill Mansell 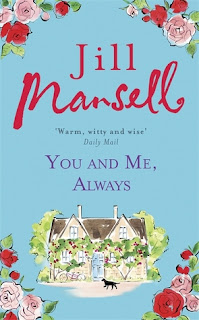 
On the morning of Lily’s twenty-fifth birthday, it’s time to open the very last letter written to her by her beloved mother, who died when she was eight.


Learning more about the first and only real love of her mum’s life is a revelation. On the same day, Lily also meets Eddie Tessler, a man fleeing fame who just might have the ability to change her world in unimaginable ways. But her childhood friend Dan has his own reasons for not wanting Lily to get too carried away by Eddie’s attentions.


Before long, secrets begin to emerge and Lily’s friends and family become involved. In the beautiful Cotswold village of Stanton Langley, nothing will ever be the same again…

I’ve reviewed the previous three books by Jill Mansell here on the blog. She’s always been a ‘go to’ author who I know won’t disappoint and this, her 27th novel, was another very enjoyable read.  I started smiling within the first couple of pages and didn’t stop until the end.

This latest story is set in the Cotswolds, in the idyllic sounding village of Stanton Langley – a village where everybody knows each other’s business! Lily’s mother died when Lily was a young child, she was brought up by her mother’s best friend Coral and her late husband Nick and is the darling of the village, with everybody looking out for her.  In the 17 years since her death, Lily has had a letter from her mother on her birthday but this year, Lily’s 25th birthday, is the last ever letter.  In it she names someone who was her first real love and in a quest to find out more about her mother, Lily feels a compulsion to trace him.

There is large cast of characters, but they have their distinct personalities.  There is Lily, obviously, who is a sweetheart with her helpful and sunny disposition, I don’t think she had a bad bone in her body.  Another older friend Patsy, provided numerous snorts of laughter with her internet dates, one being with ‘Tandem’ Derek at the very beginning of the story!   She certainly has her share of bad luck in the love stakes. Patsy is in her mid-30s and lives with her younger brother Dan, a pilot.  Dan has a rather stereotypical lad about town role but his heart is in the right place.  He and Lily have been friends since childhood and have a playful, flirty friendship.  Then there is Eddie.  I won’t say any more about him for fear of spoiling the story.  Coral, her mother’s best friend, was another wonderful character and provided some suitably comic moments – I’m thinking of the scene in the supermarket with the pile cream!

As with many of Jill’s characters, these are people that you take to your heart and would like to have as friends.  Their loyalty to each other is one of the outstanding features however despite providing for many comic moments, these characters also have their heartaches and unhappiness and for me, there was a good balance of light and shade. You and Me, Always isn’t a light and fluffy vacuous read but includes believable characters, none of whom have perfect lives. Not everyone in the story is perfect. There are one or two that I took an instant dislike to and wished bad things for!

Everyone has their secrets and during the course of the story, certain things are disclosed which some people would rather have stayed hidden and which risk ruining friendships.

This was a lovely, warm and humourous read and nothing less than I expected from one of my favourite authors.  If you have never read a book by Jill Mansell before then I would definitely recommend any of her books, but in particular her latest reads.  There are only so many variations of a storyline in this genre but what particularly impresses me is her ability to keep coming up with new situations and keeping things fresh.    I’m sure this book will delight her existing fans and hopefully bring her some new ones.

My thanks to the publisher, Headline, for the paperback copy to review. 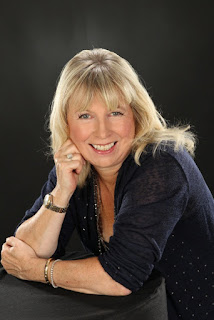 Jill Mansell is the author of over twenty Sunday Times bestsellers including The One You Really Want, Don’t Want to Miss a Thing and Three Amazing Things About You. Take a Chance on Me won the Romantic Novelists’ Association’s Romantic Comedy Prize, and in 2015 the RNA presented Jill with an outstanding achievement award.

She lives in Bristol with her family.