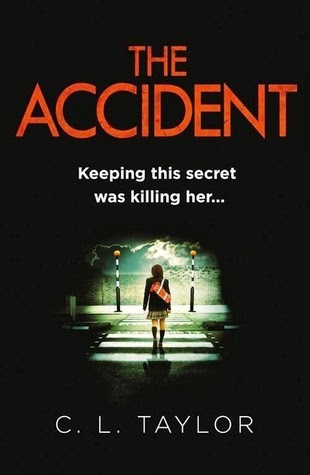 The person you trust most may only be telling you half the story…..

Fast-paced, suspenseful, this is a book with more twists than a helter-skelter that will keep you reading late into the night. Perfect for fans of Before I Go to Sleep and Gone Girl.

Sue Jackson has the perfect family but when her teenage daughter Charlotte deliberately steps in front of a bus and ends up in a coma she is forced to face a very dark reality.

Retracing her daughter’s steps she finds a horrifying entry in Charlotte’s diary and is forced to head deep into Charlotte’s private world. In her hunt for evidence, Sue begins to mistrust everyone close to her daughter and she’s forced to look further, into the depths of her own past.

The story begins with Sue Jackson sitting by her 15 year old daughter Charlotte’s hospital bed.  Charlotte has been in a coma for the previous six weeks and the doctors have no idea if, or when, she will wake up.

Sue however, believes her daughter is too frightened to wake up.  Ever since she discovered an entry in Charlotte’s diary “Keeping this secret is killing me…” she is convinced that her daughter deliberately stepped in front of the bus, unlike her husband Brian who believes it to be an accident.   Was it a deliberate act, or just a tragic accident?

Sue Jackson seems quite ordinary.  Married to Brian, a Member of Parliament and mother to Charlotte and stepmum to Brian’s son Oli she appears to have a perfect family life. However all is not what it seems, Events from Sue’s past have left her feeling paranoid and scared and her fragile mental state has impacted on her marriage and family.   In order to help Charlotte, Sue must dig deep to find the mental strength needed to involve herself in Charlotte’s life and try to find answers from Charlotte’s friends – someone knows something but is not talking.  What she does discover makes her wonder just how well she knew her daughter.

Using Sue’s diary entries going back over 20 years together with present time narration by Sue, C L Taylor has written a cleverly crafted and disturbing psychological thriller with tension, twists and turns and red herrings leading to a dramatic conclusion.   There were times when I was so frustrated with Sue, particularly during the diary years, and in my head I was shouting at her, “no don’t do that”, I don’t want to spoil the plot for anyone so won’t give any examples but I’m sure you will see what I mean when you read it.   The main characters were so well written and convincing I had to remind myself I was reading a novel and not about a real life event.   Sue’s past life makes for chilling reading and is at times quite scary; once you know the full history it really is no surprise why she has so many mental scars.  There were one or two occasions when I was a little less convinced by the storyline but these certainly didn’t spoil this 5* read for me.  I really enjoyed this excellent thriller and look forward to reading more by C L Taylor.

This is C L Taylor’s debut crime novel, other books in a different genre have been written under the name of Cally Taylor which I have on my bookshelf.

My thanks to Lydia at Crime Fix/Avon Books for the paperback copy to review. 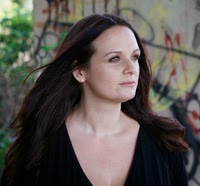 CL Taylor lives in Bristol with her partner and young son. Born in Worcester, she studied for a degree in Psychology at the University of Northumbria, Newcastle then moved to London to work in medical publishing. After two years she moved to Brighton where she worked as a graphic designer, web developer and instructional designer over the course of 13 years. She currently works as a Distance Learning Design and Development manager for a London university. She credits Roald Dahl’s ‘Tales of the Unexpected’ for her love of a dark, twisted tale.