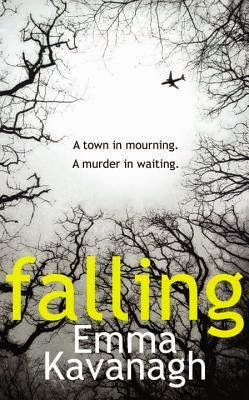 A plane falls out of the sky. A woman is murdered. Four people all have something to hide.

Jim is a retired police officer, and worried father. His beloved daughter has disappeared and he knows something is wrong.

Tom has woken up to the news that his wife was on the plane and must break the news to their only son.

Cecilia had packed up and left her family. Now she has survived a tragedy, and sees no way out.

Freya is struggling to cope with the loss of her father. But as she delves into his past, she may not like what she finds.

I’m not giving away spoilers here when I say that the story begins with a plane crash and a murder – and both events have a connection in some way to one or more of the main characters in the story.

We first meet Cecilia when she is waiting for her flight to take off.  Cecilia Williams is a flight attendant – she has also just left her husband Tom and young son, Ben.  Despite suffering such a traumatic event, I did struggle to feel empathy towards her – she wasn’t the easiest person to like or to engage with and I couldn’t get past why she seemed to care more about strangers than her own family.  As the story progresses, we learn her backstory and why it is that she cannot be the loving wife and mother that her husband and son deserve.


Running alongside is a separate strand concerning the murder of a young Police Community Support Officer, Libby Hanover.  Her father, a retired police officer, had raised the alarm when he could not contact his daughter.  Libby kept her own secrets from her family and the grief and suspicion which follows her death threatens to tear her family apart.


Tom, Cecilia’s husband, is a police constable investigating the murder.  Not only does he have to cope with his wife’s disengagement and remote behaviour, he appears to be the primary carer for their son.  Having to deal with the murder of a fellow officer and trying to support her family puts even more of a strain on him.


Freya’s father was the pilot.  Freya had a strained relationship with her father and wants to know the truth of the crash.  However, in the aftermath of the tragedy she needs to be the strong one if she is to stop her family from heading towards a meltdown.


The story is told from different perspectives of the four main characters.  They are all complex with their own personal tragedies to deal with and gradually the layers of the story unfold and the threads come together.  This is very much a character driven story focusing more on thoughts and actions than the nitty gritty of forensic investigations.


The story is set against the backdrop of a snowy and icy winter and that feeling of coldness and isolation comes across so well.  I have to be totally honest and say that I didn’t find this an easy read – I can’t fault the author’s writing but I found the story just too moody and introspective.  Its marketed as a psychological thriller – in my opinion yes, it can be called a thriller/murder mystery but thinking back to other ‘psychological thrillers’ that I’ve read, that feeling of tension and fear wondering what will hit you when you turn the pages just wasn’t there for me.


This is the author’s debut novel, she obviously has a great talent and I will certainly be reading her next book, which I believe is due out in 2015.

Emma Kavanagh was born and raised in South Wales. After graduating with a PhD in Psychology from Cardiff University, she spent many years working as a police and military psychologist, training firearms officers, command staff and military personnel throughout the UK and Europe. Now she is lucky enough to be able to write for a living. She lives in South Wales with her husband and young son.