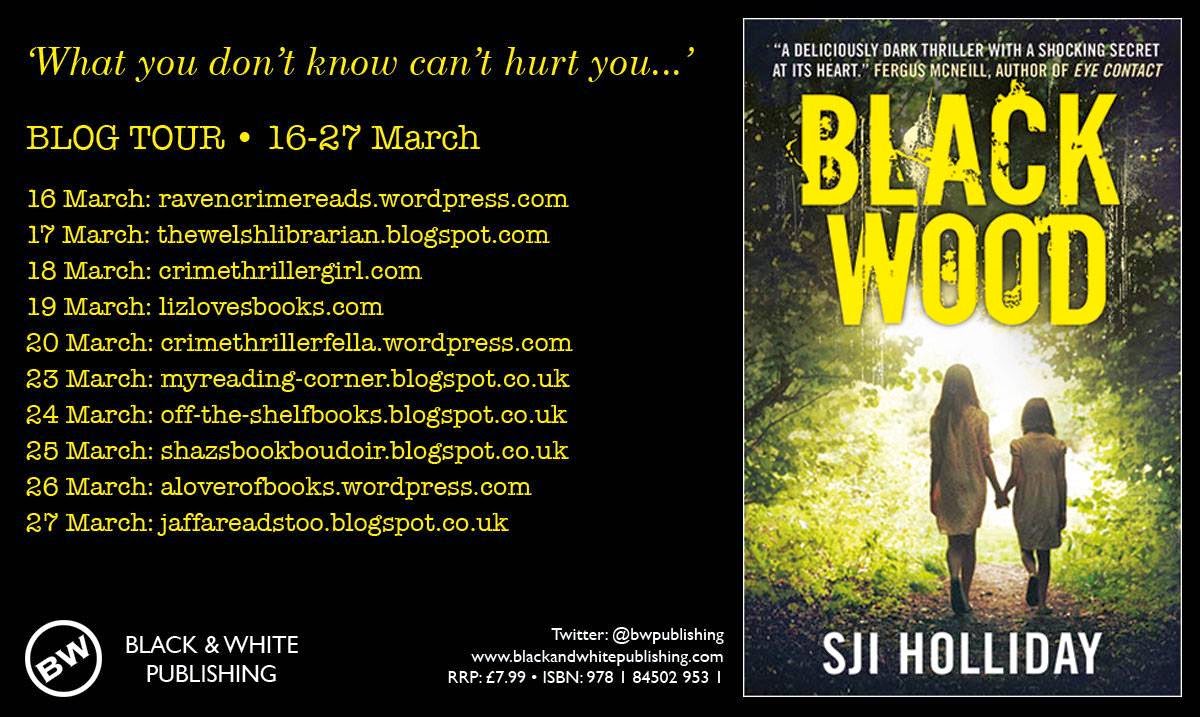 I’m delighted to be part of the Black Wood blog tour and am pleased to welcome Susi to the blog.  My review of ‘Black Wood’ is at the end of this post. 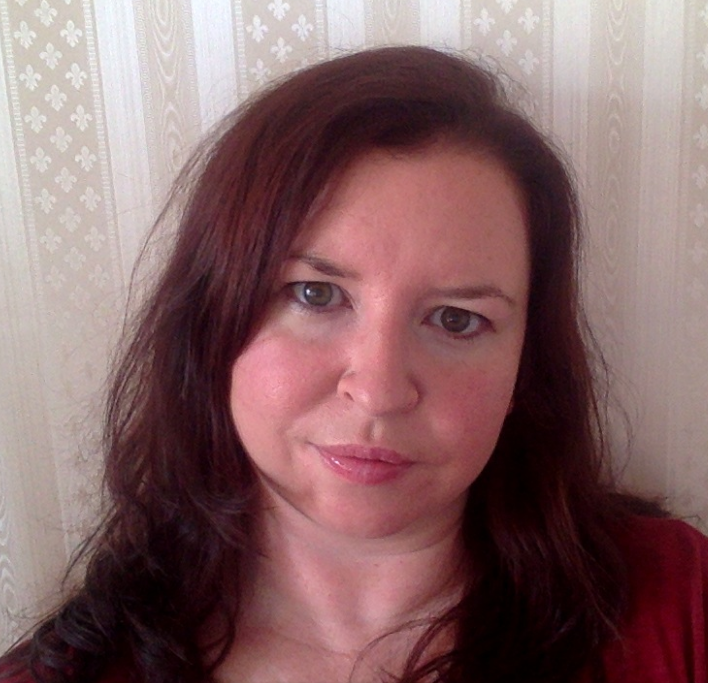 Once Upon A Time…

Once upon a time there was a reasonably young woman (of the age where she was still happy to be called a girl), who decided she might quite like to write a novel. So she sat down with a notebook and a pen and she started to write. She didn’t bother to plot it out – she thought a rough idea of a story about girls vanishing when they crossed a creepy bridge, and the image of ripped up newspapers blowing in the wind, and a character who was a journalist with a nosey nature would see her through to the end. He didn’t, and both he, and the ‘book’, were soon relegated to the filing system under ‘D’ for ‘Disaster’.

But she still wanted to write. So she wrote short things about strange and creepy people and posted them online, and she was happy… for a while. But she knew she wanted to write something longer, more complicated, more… like a BOOK.

Many years (and many half-formed plots) later, a story called Black Wood reared itself from the darkest recesses of the writer’s mind. There was a true event, long ago… a spark of an idea, and embellishment, a load of new characters who cropped up as the story unravelled itself from the box it had been hiding in; and a setting that was easily developed from a real one (with some of the edges sharpened, and some rounded off).

The writer was very lucky.

She managed to finish the story, with support from her agent, Sir Phil the Fantastic. He was there for her, even when she had begun to think that all was lost.  Like a happy little bird, he sang her praises from the rooftops and worked away tirelessly until he received a bag of golden coins from The Mysterious Monochrome Man who said ‘I will make your book.’

Several eons later, the book was wrapped in a lovely shiny cover with a scary photo of two little girls on the front, and people all over the Kingdom started to offer their pieces of silver for a chance to read this splendidly dark and twisted tome. Wine flowed by the flagon.

There were a few miserable souls who wished the writer would never write another word, but they were mere specks of dust in a landscape of stars; for, ‘Hooray and Hallelujah,’ nearly everyone cried. ‘We love it! Please write another! When is it coming? We want more… more… MORE!’

The writer retreated into her rented tower in despair.

‘Yes,’ said nearly everyone, including Sir Phil the Fantastic, who had almost run out of golden coins.

And the writer knew that she would.

Because she was a real writer now. And she loved it.

Something happened to Claire and Jo in Black Wood: something that left Claire paralysed and Jo with deep mental scars. But with Claire suffering memory loss and no evidence to be found, nobody believes Jo’s story. Twenty-three years later, a familiar face walks into the bookshop where Jo works, dredging up painful memories and rekindling her desire for vengeance. And at the same time, Sergeant Davie Gray is investigating a balaclava-clad man who is attacking women on a disused railway, shocking the sleepy village of Banktoun. But what is the connection between Jo’s visitor and the masked man? To catch the assailant, and to give Jo her long-awaited justice, Gray must unravel a tangled web of past secrets, broken friendship and tainted love. But can he crack the case before Jo finds herself with blood on her hands?

Black Wood is SJI Holliday’s debut thriller, published by Black & White Publishing. The Kindle version was published on 24 February and the paperback on 19 March 2015.

The events of over 20 years ago in Black Wood have left their scars on both Jo and Claire. Clare is paralysed and Jo has been left with psychological problems – her dysfunctional family background has also impacted on her mental state and her meltdowns are a cause of concern for her friends.

There is a darkness and atmospheric quality to this thriller – both from the setting of Banktoun, the small Scottish town where everyone seems to know each other’s business and from the woods; where Jo and Claire’s life changed all those years ago, and on the old track where someone wearing a balaclava and a mask is now targeting young girls.

The release of information as to what happened to Claire and Jo is cleverly and slowly controlled throughout with clues, some being deliberately designed to lead you up the wrong path.  I did eventually guess who was responsible but not before having my sights on other suspects.

All the main characters make an impact.  Claire doesn’t appear to remember the events of that day and it seems that she doesn’t want to.  My feelings were confused towards Jo, I felt sorry for her but I wasn’t sure if I liked her very much, however she was an intriguing character; psychologically damaged and although sometimes manipulative, she had ourage and determination.   Sergeant Davie Gray was definitely the ‘good guy’ of the story.  A policeman of the old school where common sense prevailed over petty rules and regulations, he was someone that you felt you could trust.

The character driven story, the atmospheric descriptions together with sinister twists and turns make this an extremely good debut and I was so engrossed  that I read it in less than 2 days.  It’s a complex tale and one which requires full concentration.  I did enjoy the style of writing and do hope Ms Holliday produces another book, I would certainly love to see what she comes up with next.

My thanks to the publisher for the paperback copy to review for the tour. The Kindle version currently available for only 59p from Amazon.co.uk.

SJI Holliday grew up in East Lothian. A life-long fan of crime and horror, her short stories have been published in various places, and she was shortlisted for the inaugural CWA Margery Allingham competition. She is married and lives in London.