No Other Darkness – Sarah Hilary 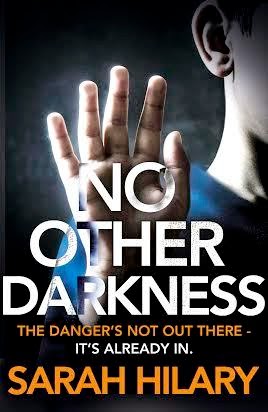 From the Richard and Judy bestselling author Sarah Hilary. The phenomenal Marnie Rome returns in the outstanding follow up to the critically acclaimed SOMEONE ELSE’S SKIN.


Trapped underground in a bunker.


Unable to understand why they are there.


Desperate for someone to find them.


Slowly realising that no-one will…

Five years later, the boys’ bodies are found and the most difficult case of DI Marnie Rome’s career begins.

Her only focus is the boys. She has to find out who they are and what happened to them.

For Marnie, there is no other darkness than this…

Thanks to Sarah Hilary, I have a brilliant new crime series to follow. I thought the first book, Someone Else’s Skin, (reviewed here) was great however, with the second, No Other Darkness, the author has really taken things up a notch.

I’m not giving away any spoilers when I say that the book begins with a heart-breaking scenario. We know from the blurb on the back that things are not going to end well and when Marnie Rome and her team are called to investigate, they are all affected by what they find.

One of the joys of reading a series from the beginning is that feeling of familiarity when meeting the characters again and Marnie Rome, although in only her second outing, is fast becoming one of my favourite female detective leads. She is excellent at the acerbic put-downs and her exchanges with the (rather smug and often annoying) journalist from her past were great to read. Her partner, DS Noah Jake is another interesting character and in this story we find find out a little more of his private life. There is definitely more to come from Noah and he is a character that I would love to see developed in future stories.

Marnie and her team have a particularly distressing case to deal with and when another voice is introduced to the story, this gives an opportunity for another element to be explored. The story deals with a very dark and difficult subject, but it is done sympathetically. I don’t know if it was the effect of this particular storyline or just natural character progression but to me, Marnie seemed to be little more human and was allowed to show a little more of her compassionate side.

The twists and turns in the story are very cleverly structured and even though at one point I thought I had guessed at part of the outcome, I was completely floored by the events that followed.

Sarah Hilary’s writing just gets better. There are so many crime writers in this genre that it must be virtually impossible to write about something new but the writing here feels fresh and the storyline original.  There are no wasted sentences, just a gripping and powerful story with realistic and convincing characters.

This could be read as a standalone but to get the best from the series, I would recommend that you start with the first book ‘Someone Else’s Skin’ which will give you the background to the characters, and in particular Marnie’s past history which continues to haunt her.

There is so much more to be discovered with these two very complex detectives and one of the downsides of reading a new series when it starts is having to wait for a new book. I am quite mean with my 5* ratings and don’t give them out lightly, but in this case I couldn’t give anything less.

My thanks to Elizabeth at Headline and the publisher for the review copy. 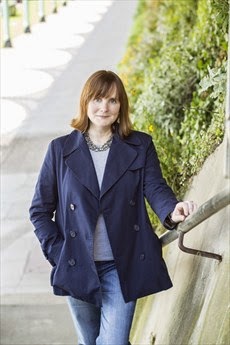 Sarah Hilary lives in Bath with her daughter, where she writes quirky copy for a well-loved travel publisher. She’s also worked as a bookseller, and with the Royal Navy. An award-winning short story writer, Sarah won the Cheshire Prize for Literature in 2012. NO OTHER DARKNESS is her brilliant follow-up to the outstanding SOMEONE ELSE’S SKIN.