All The Little Pieces – Jilliane Hoffman 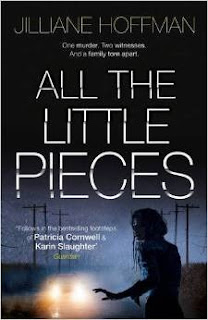 She could have stopped an awful crime. She could have saved a life. She tried to forget about it. But now, the truth is out. The terrifying new psychological thriller from the bestselling author of Retribution and Pretty Little Things.

Faith Saunders is the perfect wife, mother, and community champion – loved and admired by all who know her. One night will change everything.

As she drives home in the pouring rain, a dishevelled young woman appears out of nowhere, pleading for help. The isolated stretch of road is dark, and with her daughter Maggie asleep in the backseat, Faith refuses to let the stranger in. What she sees next will haunt her forever.

When the missing-person posters go up, Faith’s guilt consumes her. And then it turns out Maggie wasn’t asleep that night, her perfect life begins to unravel. Maggie’s testimony leads to an arrest. But Faith is the only one who can identify a second man involved in the woman’s abduction and subsequent murder. She has one chance to convince a jury of what happened. If she fails, two killers will be set free. And they know exactly where to find Faith and her family…

This is one of those scenarios that will make you wonder ‘what would I do?’  If you were driving home on a dark stormy night, lost and heavens know where, with a young child in the back, would you let a young woman into your car knowing that whilst she may be in danger, you could be in even more danger by letting her in?  This is the situation that Faith faced and in those few moments it took for her to decide to drive away, her life changed.

Unbeknown to Faith, her young daughter was not asleep in the car, as she had thought and when later, young Maggie reveals what happened, Faith loses a vital opportunity to tell the whole truth and one omission leads to a whole lot of trouble.

I have read a few books by Jilliane Hoffman and have enjoyed them all.  She can always be relied on to provide a suspenseful story.  I have to admit that as the story progressed, I did begin to lose some sympathy for Faith.  The decisions she made seemed to go from bad to worse and although I can accept that, because of her personal circumstances, she may not have been able to think or act rationally, there were many times when I thought ‘WHY did you do that’?

This was a fast paced and well written story with realistic characters.  I particularly had a lot of time for the detective, Bryan Nill.  He was rather stereotypical in that he was facing a crisis in his personal life with marital and family problems etc but he was sympathetic and non-judgemental (as much as he could be) in his dealings with Faith.  He could see that she had far deeper issues affecting her life and I liked him for that.

There was one occasion later in the book when I felt that there was perhaps a missed opportunity to rack up the tension even more but that might have been just my slightly twisted mind!

I really enjoyed this thriller, the premise was original and the story certainly kept my interest all the way through.   I was especially pleased to see the return of C.J. Townsend, having met her in previous books.  I have the feeling that there is more to come from this story, perhaps as part of a future book?

My thanks to Lovereading and the publisher for the lovely hardback copy provided for review. 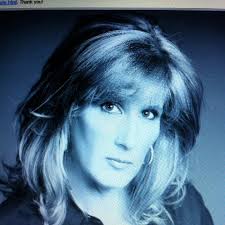 Jilliane Hoffman began her professional career as an Assistant State Attorney prosecuting felonies in Florida from 1992 to 1996. Through 2001, she was the Regional Legal Advisor for the Florida Department of Law Enforcement (FDLE), advising more than one hundred special agents on criminal and civil matters in complex investigations involving narcotics, homicide, and organized crime. Originally from Long Island, New York, she presently resides in South Florida with her husband and two children.


How to find out more: