The Girl in the Red Coat – Kate Hamer 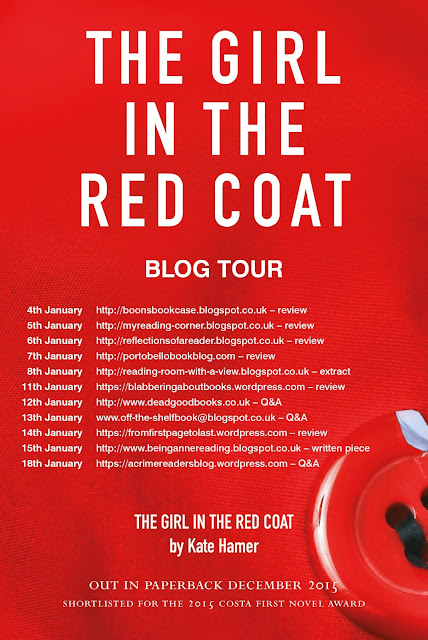 
Eight-year-old Carmel has always been different – sensitive, distracted, with an heartstopping tendency to go missing. Her mother Beth, newly single, worries about her daughter’s strangeness, especially as she is trying to rebuild a life for the two of them on her own.


When she takes Carmel for an outing to a local festival, her worst fear is realised: Carmel disappears into the crowd. Unable to accept the possibility that her daughter might be gone for good, Beth embarks on a mission to find her. Meanwhile, Carmel begins an extraordinary and terrifying journey of her own. But do the real clues to Carmel’s disappearance lie in the otherworldly qualities her mother had only begun to guess at? 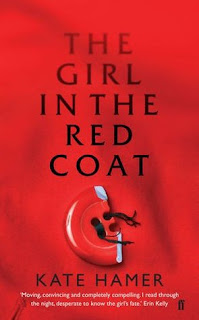 With a slightly different take on a ”missing child’ story, Kate Hamer has produced a compelling and often heartbreaking tale of a mother trying to pick up the pieces of her life after her young daughter goes missing at a festival.  The focus of the story is not on the police investigation but rather on the shattered life of Beth, the mother and on her missing daughter, Carmel Summer Wakeford.

8 year old Carmel is a dreamy child but she also has an independent and wilful streak and as much as her mother tries to keep her close, Carmel is pulling away. One day whilst at a festival and in a moment of distraction Carmel goes missing. Despite all efforts to find the little girl in a red coat, there is no sign of her and Beth is devastated.

The story is told from both the perspectives of Beth and Carmel from the same timeline. We see Beth at her very lowest when she struggling to function at all, however she never loses hope that her daughter will return. Carmel, however, has no idea of the torment her mother is going through and with her trusting nature believes a story that she has been told by her abductor and tries to come to terms with her new life.  Even at such a young age, she knows that something is not quite right and is determined never to forget who she is; she writes her name wherever she can, carved onto a rock, or written in dust so that she will always remember

This is a poignant story of the relationship between mothers and daughters showing the loss felt by Beth and, in a different way, by Carmel as she has to carry on with her life without her mother.

This was an extremely well written story with some excellent characterisations; there were some that really got under my skin and gave me the creeps. Carmel’s young innocence was charming and she was a very easy character to love.

This very intense and moving debut kept me engrossed until the end.  It isn’t a bleak story at all but shows how strong the human spirit can be in enduring and coping.  One of the most moving moments for me was the purchase of the red shoes. My only slight disappointment was with the ending; having made so such emotional investment into the lives of Beth and Carmel, I felt that the conclusion was rushed and I was left with unanswered questions. 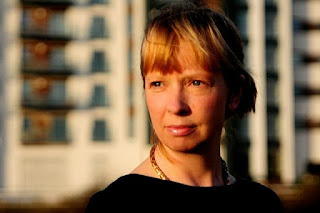 Kate Hamer grew up in Pembrokeshire. She did a Creative Writing MA at Aberystwyth University and the Curtis Brown Creative novel-writing course. She won the Rhys Davies short story award in 2011 and her winning story was read out on Radio 4. She has recently been awarded a Literature Wales bursary. She lives in Cardiff with her husband and two children.