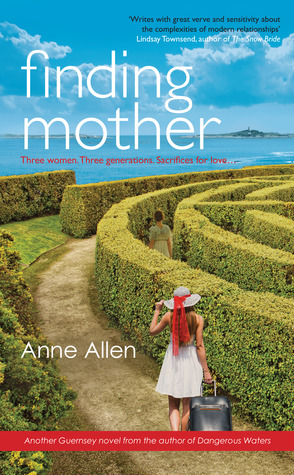 Who is she really? Nicole is
about to find out as she searches for her real mother; the woman who gave her
away at birth.  With her marriage in
tatters, she sets out from England: travelling to Spain, Jersey and Guernsey
before the extraordinary story of her real family is finally revealed.

Nicole becomes an unwitting catalyst for change in the
family. Two women are forced to reveal long-buried secrets.  One going back as far as the Second World
War.  Lives are transformed as choices
have to be made and the past laid to rest…

This contemporary romantic drama
is the second of The Guernsey Novels, a series of stand-alone books by the award-winning author Anne Allen. It is
likely to appeal to lovers of the works of Joanna Trollope and Maeve Binchy.

This was the first of Anne’s books that I had read (although I do have Dangerous Waters on my bookshelf patiently waiting its turn) and I found it a very enjoyable story.

It seems that Nicole Oxford has it all. A successful TV career, a handsome husband and a beautiful house; however a discovery about her husband leaves her life in shreds. She has always known that she was adopted and decides that now is the time to try and find her birth mother and to find out who she really is and where her roots are. With her adopted parent’s blessing and with very little information, she embarks on her search for her birth mother.

This is a multi-generational story. We have Nicole, in her mid-thirties, her mother Helene and grandmother Eve, who has a story and secrets of her own. Each character is expertly  and sympathetically drawn and the main setting of Guernsey is superbly described. I’ve been to Jersey but Guernsey is definitely now on my list of places to visit. As Nicole finally meets members of her birth family, long held secrets are gradually disclosed which ultimately impacts on the lives of all three women. I was really interested in Eve’s story and would have loved to have read more about her earlier life.

This was a wonderfully easy story to read and the pace and storyline kept my interest from start to finish. However I did think it was a just a little bit too “nice”. Everything came so easily to Nicole which seemed a little unrealistic and, personally, I would have liked to have seen a bit more drama – one occasion later in the book particularly comes to mind where there seemed to be a missed opportunity to add some tension.

Having said that, this is a great escapism read to immerse yourself in and if you love the idea of sitting on the terrace of a beautiful house in Guernsey, drinking wine and enjoying the wonderful views then this is the book for you!

I’m now looking forward to reading Dangerous Waters (which is currently priced on Amazon at 98p for the Kindle edition).

My thanks to the author and Fiction Addiction Book Tours for the digital copy of Finding Mother to review.

I’m a late-comer to writing, having only started in my, ahem, middle years. (I’m assuming we’ll all be living to 100 from now on, won’t we?) I’d often had an ‘itch’ to write but was focussed on my career as a psychotherapist and bringing up three children on my own. Writing was a luxury I simply could not afford! Then a few years ago I was a reluctant entrant (pushed by my mother!) into a writing competition run by Prima magazine. They wanted a True- Life story and I won the first prize of £500 J So I decided that writing wasn’t such a bad idea and wrote my first novel, Dangerous Waters, shortly after; eventually publishing it in 2012. As I’m now more or less retired as a therapist I’ve devoted a lot more time to writing and published my second novel, Finding Mother, in October 2013.

A restless soul, I have moved around the country quite a bit, as far north as Scotland and south to Guernsey in the Channel Islands. I’ve learnt that the sea must be part of my soul and am happiest when living near it. I now live in Devon to be near my daughter and grandchildren so I have the best of both worlds. As a family we lived in Guernsey for many happy years and I left one son behind as a valid excuse for frequent return visits. My other son’s based in London so great for when I need some culture.

Am happiest in warmer climes, however, and lived in Spain for a few years. My ideal would be to spend part of the English winter somewhere warm, possibly Spain, so that I can recharge my body and soul. So, if and when I write that bestseller…! 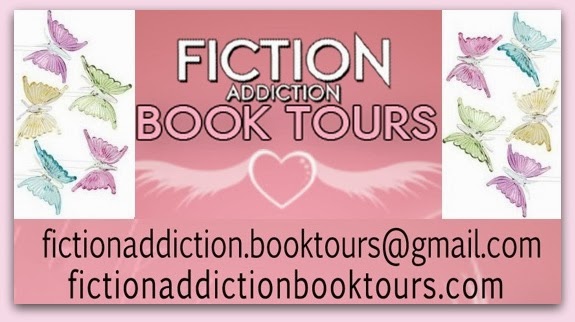