One Night at the Jacaranda – Carol Cooper 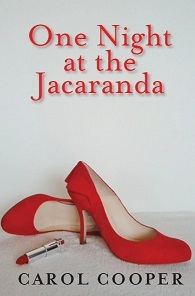 One man dying of cancer. One struggling journalist. A group of single Londoners. One night that changes everything.

The trouble with speed dating is that three minutes can last a lifetime, and ever since he was diagnosed, Sanjay doesn’t have a lifetime to waste.

For one booze and hope-fuelled night, the lives of a group of 30-somethings criss-cross. As well as Sanjay, lawyer Laure, divorced doctor Geoff, beleaguered mother-of-four Karen and traumatised ex-con Dan all face each other across the Jacaranda’s tables in their quest for love, solace or amazing sex.

Undercover journalist Harriet is after a by-line, not a boyfriend. She’s a struggling freelance with a live-in lover, who unexpectedly has to choose between the comfortable life she knows and a bumpy road that could lead to happiness.

As Laure, Sanjay, Geoff, Harriet, Karen, Dan and the rest of the bunch discover, it’s not just about finding someone who’s dynamite between the sheets. It’s about finding yourself, and that’s not always where you expect.

In this debut novel from Carol Cooper, we meet a cast of characters from all walks of life. The only thing they initially have in common is that they meet at a speed dating event held at the Jacaranda Bar – and they are all looking for something more from life.

Amongst the attendees are a single mother trying to cope with her four exhausting children, the charity worker with a terminal illness, the newly divorced GP missing his son, the thirty something City lawyer who now wants more than just a career, and the ex-con trying to adjust to life outside of prison. They all hope to find someone they can connect with – from just a few questions and the ticks on a scorecard. The only person who does seem to be there under false pretences is the small time journalist looking for a story to boost her career but even she has a fairly unhappy back story.

This is a wonderfully gritty story with some flawed characters that you can’t help but feel empathy with. With untruths, elaborations, sadness and the hope for something better; each character is expertly drawn and the writing is witty and yet compassionate. It is obvious from the writing that the author is a doctor as she uses her experience to include medical incidents and references throughout the book. This is not a light read but it is a compelling one. We see anger, grief, loneliness and sex but also laughter and although not everyone has their happy ending, each of the stories does have an appropriate and satisfactory conclusion.

My thanks to the author for the digital copy for review 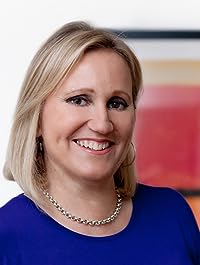 Carol has written a string of popular health and parenting books, and
co-authored the award-winning textbook General Practice at a Glance
(2013). Now she’s done an about-turn with One Night at the Jacaranda
(2013). Set in London, it’s a novel on dating, though it also has a
heart-rending medical strand which reflects her experience as a doctor.

Carol
works as a family doctor and teaches at Imperial College Medical
School. She writes for The Sun newspaper on topics as diverse as
meningitis and the dangers of drinking petrol, and she broadcasts on TV
and radio.

Carol is honorary consultant in family medicine to
Tamba (Twins and Multiple Births Association) and president of the Guild
of Health Writers.

Her medical qualifications are from
Cambridge University but she believes education is life-long. She has
three sons who never fail to inspire her and to fill in the gaps in her
training.