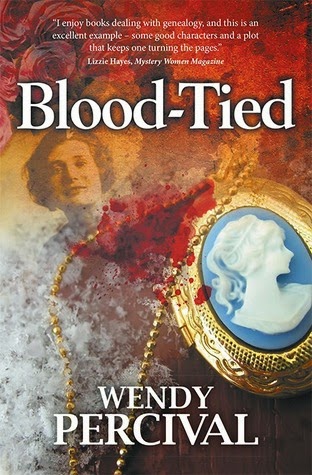 A thriller based on murder and family secrets.

A desperate crime, kept secret for 60 years… but time has a way of exposing the truth…

Esme Quentin is devastated when her sister Elizabeth is beaten unconscious, miles from her home. Two days later Esme discovers that Elizabeth has a secret past. Desperate for answers which the comatose Elizabeth cannot give, Esme enlists the help of her friend Lucy to search for the truth, unaware of the dangerous path she is treading. Together they unravel a tangle of bitterness, blackmail and dubious inheritance, and as the harrowing story is finally revealed, Esme stumbles upon evidence of a pitiful crime.
Realising too late the menace she has unwittingly unleashed, Esme is caught up in a terrifying ordeal. One that will not only test her courage and sanity but force her to confront her perception of birth and family.

When Wendy contacted me to ask if I would like to review her book, I didn’t need any persuading. The storyline sounded just my cup of tea and I’m very pleased to say I haven’t been disappointed.

The story starts with a death – apparently caused deliberately. We don’t know why or even who the victim is but it sets the tone for a story of family secrets, blackmail and murder.

When Esme Quentin’s sister Elizabeth is fighting for her life in hospital after being found unconscious in a park, it is unclear whether she has been attacked or if she simply fell. In the meantime, whilst Esme and Elizabeth’s daughter Gemma are at Elizabeth’s cottage they discover a family secret which forces Esme to question everything she thought she knew about her sister. Although Gemma doesn’t approve of Esme digging into her mother’s affairs, Esme feels compelled to find out more and her experience as a journalist and lately a history researcher stand her in good stead for the intrigue that she is about to uncover. However, she can have no idea of the consequences of opening Pandora’s Box nor of the danger she could be facing.

Using her knowledge of genealogy and research, the author has written a very clever mystery. The characterisations are excellent; Esme was a great lead character and I really enjoyed spending time with her. The tragedy and sadness of her past has made her a tenacious character – she is determined to search for the truth and will not be frightened off.  All through the book there are twists and turns to keep the suspense going and these certainly made me want to keep turning the pages.

This was a very enjoyable read and one that I would definitely recommend. I understand that the author’s next book also features Esme – one I will definitely look out for.

My thanks to the author for the paperback copy to review

Wendy
Percival was born in the West Midlands and grew up in rural
Worcestershire. After training as a primary school teacher she moved to
North Devon for her first teaching post, and remained in teaching for 20
years. An impulse buy of ‘Writing Magazine’ prompted her to begin
writing seriously. She won ‘Writing Magazine”s Summer Ghost Story
competition in 2002 and had a short story published in The People’s
Friend before focusing on full length fiction. The time honoured ‘box of
old documents in the attic’ stirred her interest in genealogy. While
researching her Shropshire roots Wendy realised how little most people
know of their family history and this became the inspiration for
‘Blood-Tied’. Wendy continues to be intrigued by genealogy, its
mysteries and family secrets. Her discovery of an Australian death
certificate, dated 1868, the final year of convict transportation,
inspired the novel she is currently writing. An enthusiast for old
buildings both in the UK and abroad, she has visited historic sites
across the world from Angkor Wat to Machu Picchu. Wendy lives in a
Devon-thatched cottage beside a 13th century church, with her husband
and a particularly talkative cat.