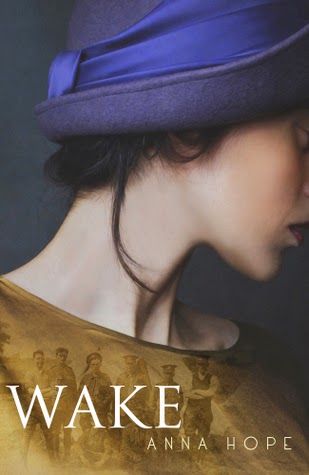 A brilliant debut for readers of The Guernsey Literary and Potato Peel Pie Society, in which three women must deal with the aftershocks of WWI and its impact on the men in their lives—a son, a brother and a lover. Their tragic connection is slowly revealed as the book unfolds.

Wake: (1) Emerge or cause to emerge from sleep
(2) Ritual for the dead (3) Consequence or aftermath

Hettie, a dance instructress at the Palais, lives at home with her mother and her brother, mute and lost after his return from the war. One night, at work, she meets a wealthy, educated man and has reason to think he is as smitten with her as she is with him. Still there is something distracted about him, something she cannot reach…Evelyn works at the Pensions Exchange through which thousands of men have claimed benefits from wounds or debilitating distress. Embittered by her own loss, more and more estranged from her posh parents, she looks for solace in her adored brother who has not been the same since he returned from the front…Ada is beset by visions of her son on every street, convinced he is still alive. Helpless, her loving husband of 25 years has withdrawn from her. Then one day a young man appears at her door with notions to peddle, like hundreds of out of work veterans. But when he shows signs of being seriously disturbed—she recognizes the symptoms of “shell shock”—and utters the name of her son she is jolted to the core…

The lives of these three women are braided together, their stories gathering tremendous power as the ties that bind them become clear, and the body of the unknown soldier moves closer and closer to its final resting place.

Wake is a story set over 5 days in November 1920. The body of the Unknown Warrior is being bought home from the battlefields of France to London and to his final resting place in Westminster Abbey. A memorial that will symbolise all those killed in the war who have no known grave.

The stories of the three women at first appear random but all are connected by events which took place on the battlefield. Ada, a mother whose son Michael died in France although she has never received any letter notifying of his burial place. Ada has never come to terms with her son’s death and has no body to bury nor a grave to visit. Visions of Michael still haunt her and although she knows he has gone, there is still a tiny part of her who believes that he may one day walk through the door. Her marriage is suffering as she feels unable to talk to her husband, she is so consumed with thoughts of her son.

Hettie, a young woman who dances for sixpence a dance at the Hammersmith Palais. She too has seen at first hand the brutal side of war. Her brother Fred has returned from the front a broken man. She lives at home with her mother and shell shocked brother but has hopes and dreams of a better and happier life.

Finally, there is Evelyn; a young woman with a privileged background who lost her lover. From working at a munitions factory to now helping wounded and broken men at the Pensions Exchange, Evelyn seems to have the hardest heart and to be the most bitter of the three women. Evelyn’s brother Edward Montfort fought as a captain and has his own demons to face.

This was an extremely well written and incredibly moving story, particularly following the journey home of the unknown soldier – although I knew of this I didn’t know the background in any detail and found this really interesting. Although the novel features the brutality of the war and tells the story through minor characters of fighting in the trenches, it is our three women who dominate – we see how they and others like them are struggling to come to terms with how their life has changed both during and after the war – and how the men who returned had their own struggles to survive, so many of whom were terribly damaged, both physically and mentally.

This is an exceptional debut novel which has received so many enthusiastic 5* reviews but although I can appreciate the excellent writing and there was much that I found moving and poignant I didn’t love it quite as much as everyone else and I can’t put my finger on exactly why. There were times when I felt disengaged from the story and I frequently mixed up Hettie and Evelyn’s characters and had to re-read sections. Of the three women, I found my sympathy lay mostly with Ada – I’m sorry to say that Evelyn left me cold and Hettie didn’t really make much of a lasting impression. My rating would be 4 out of 5* – it wasn’t a perfect book for me but I‘m very glad to have had the opportunity to read it.

My thanks to my lovely friend Anne (beingannereading.blogspot) who very kindly sent me her proof copy whilst I was awaiting approval from Netgalley for a Kindle version. 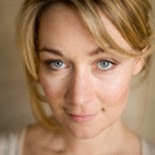 Anna Hope was educated at Wadham College, Oxford, RADA, and Birkbeck College, London. She lives in East London. WAKE is her first novel.