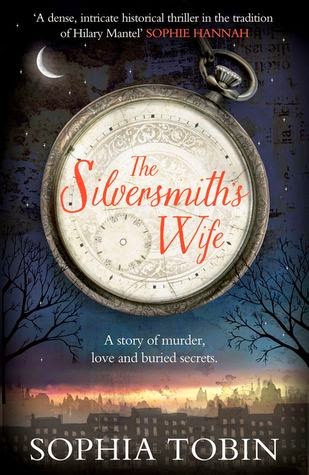 The year is 1792 and it’s winter in Berkeley Square. As the city sleeps, the night-watchman keeps a cautious eye over the streets, and another eye in the back doors of the great and the good. Then one fateful night he comes across the body of Pierre Renard, the eponymous silversmith, lying dead, his throat cut and his valuables missing. It could be common theft, committed by one of the many villains who stalk the square, but as news of the murder spreads, it soon becomes clear that Renard had more than a few enemies, all with their own secrets to hide. At the centre of this web is Mary, the silversmith’s wife. Ostensibly theirs was an excellent pairing, but behind closed doors their relationship was a dark and at times sadistic one and when we meet her, Mary is withdrawn and weak, haunted by her past and near-mad with guilt. Will she attain the redemption she seeks and what, exactly, does she need redemption for…? Rich, intricate and beautifully told, this is a story of murder, love and buried secrets.

With this debut novel we are transported back to 18th century London, and in particular to Berkeley Square and Bond Street.  This is a dangerous place requiring the presence of a night watchman to protect its people and property.  One night Edward Digby, the night watchman on duty finds the slain body of Pierre Renard, a well-known and a highly regarded silversmith.

Despite cultivating a superior persona, Renard was not a popular man and he was not mourned by many.  In private he was a cruel sadistic bully and in business, a fraud.  His wife Mary suffered the most at his hands, his diary notes at the beginning of each chapter make clear his disappointment of her and his wish to be free of his marriage.

Without the benefit of modern day forensic examination, there is not much of an investigation into his death. The local doctor is also the coroner and only a cursory inquest is held.  What then follows is a cleverly constructed story encompassing the many people who were in some way involved with Renard, either through business or his personal life.

This is a richly detailed and atmospheric story.  It has clearly been well researched and the historical detail is fascinating.   The characters are superbly drawn, from the widow Mary, who is a shell of her former self after her unhappy marriage to Renard; the night watchman Digby, a man who is not without flaws; a young newlywed upper class couple whose marriage is not all it seems and the silversmiths and engravers who work in poor conditions to produce such beautiful silverware.  There were one or two characters who particularly stood out for me – Mary’s sister Mallory, a no-nonsense widow and businesswomen and Alban Steele, an old acquaintance of Mary’s who comes to London to help his ailing cousin with his silverwork.

This is very much a slow burner of a story which proceeds throughout at a sedate pace.  I’ve always loved history and thoroughly enjoyed the historical detail and vivid descriptions.  Little by little the life and secrets of the silversmith Renard, are revealed and suspicion is cast upon those closest to him and those who had the most to gain from his death.  Do we ever find out who killed him – you will have to read the book to find out!

My thanks to Netgalley and the publisher Simon & Schuster for the digital copy to review. 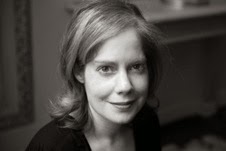 Sophia Tobin worked for a Bond Street antique dealer for six years, specialising in silver and jewellery. Inspired by research she made into a real life eighteenth-century silversmith, Tobin began to write The Silversmith’s Wife which was shortlisted for the Lucy Cavendish College Fiction Prize, judged by Sophie Hannah. She is currently Library Secretary for the Worshipful Company of Goldsmith’s and lives in London with her husband. This is her first novel.