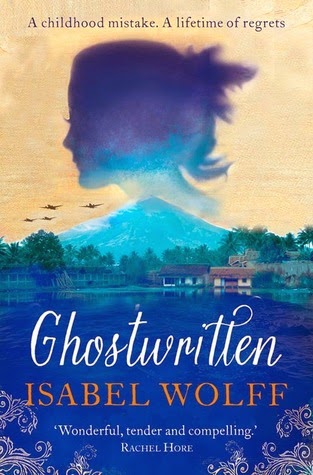 Published on 27 March 2014 by Harper Collins

Perfect for fans of Tenko and The Railway Man

A childhood mistake. A lifetime of regrets.

Jenni is a ‘ghost’: she writes the lives of other people. It’s a job that suits her well: still haunted by a childhood tragedy, she finds it easier to take refuge in the memories of others rather than dwell on her own.

Jenni has an exciting new commission, and is delighted to start working on the memoirs of a Dutchwoman, Klara. As a child in the Second World War, Klara was interned in a camp on Java during the Japanese occupation – she has an extraordinary story of survival to tell.

But as Jenni and Klara begin to get to know each other, Jenni begins to do much more than shed light on a neglected part of history. She is being forced to examine her own devastating memories, too. But with Klara’s help, perhaps this is finally the moment where she will be able to lay the ghosts of her own past to rest?

Gripping, poignant and beautifully researched, Ghostwritten is a story of survival and love, of memory and hope.

The story begins with a prologue from 1987 before the story starts in the present time, where two small children, Evie and Ted are playing on a beach.  From this, is it is clear that something terrible has happened, although nothing is actually confirmed.

In the present day we meet Jenni, a ghostwriter.  Jenni’s relationship with her boyfriend Rick is in trouble and after a chance introduction at a wedding, Jenni accepts a commission to ghostwrite the memoirs of an elderly lady, Klara.    The only problem is she has to travel to a place that she has tried desperately to avoid all these years, Polvarth in Cornwall.

Once Jenni meets Klara and gains her trust, Klara’s memories of her young life spent in the Japanese internment camps during the war years start to spill out.  These memories are hard for Klara to share, she has never spoken of them before and they are so painful to remember.   However as Jenni becomes more involved in transcribing Klara’s words, it is clear that the two women have more in common than they might at first have thought and it is just possible that they might be able to help each other to come to terms with past events.

I’ve read and enjoyed books by Isabel Wolff in the past but this dual time frame story was something a little different.  I read it over a few days and was completely engrossed in the story.  Often with time slip novels, I find one era more interesting than another and it was the case here.  Whilst Jenni was a likeable enough character, it was Klara’s story that I found the most compelling.  Klara was a very strong character and the memories of her time in the internment camps in Java made for harrowing reading.  I have read previous books about the Japanese prison camps and of course many years ago there was a TV series called “Tenko” (which means ‘roll-call’ by the way – I didn’t know this) but the needless cruelty shown by the Japanese soldiers still makes for difficult reading.   Klara’s memories of the torture, deprivation and starvation suffered by the women were very powerful – you had to be very strong, both physically and mentally to survive.

Isabel Wolff has written a wonderfully well researched novel which is not only very interesting to read but also extremely moving and poignant.  Excellent characterisation and a sense of place made this a 5* read for me. I loved it and would certainly recommend it.

Isabel Wolff’s nine bestselling novels are published worldwide. ‘The Very Picture of You’ was published in the UK and the US in October 2011. ‘A Vintage Affair’, was an Amazon.co.uk ‘Best of 2009’ title and was shortlisted by the American Library Assocation for their Reading List awards (Women’s Fiction. Isabel’s 10th novel, ‘Ghostwritten’, set in present day Cornwall and on wartime Java, is published in March 2014. Isabel lives in west London with her family.