Who Are You? – Elizabeth Forbes 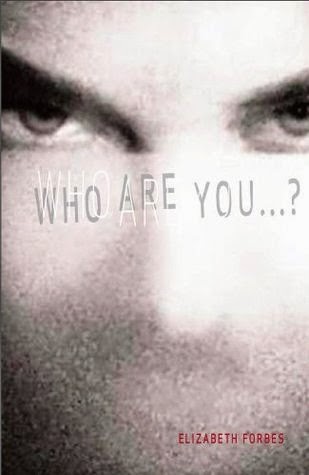 Alex, a career officer in an elite regiment, returns from Afghanistan a changed man. He has left the army behind and is attempting to forge a civilian career as a security advisor. His wife, Juliet, is delighted. She, Alex and their son, Ben, now live in a well-appointed house in a leafy London suburb.

But all is not well. Juliet’s research on the internet suggests that Alex is suffering from Post-Traumatic Stress Disorder (PTSD) but pride means that he will not seek professional help.

Finding solace in web forums, Juliet is offered the use of a cottage and is urged to remove Ben to a place of safety. After a lot of secretive planning and the financial support of Alex’s mother who had suffered at the hands of her husband, Juliet and Ben escape the tyranny of their home with the hope of starting afresh…

I haven’t yet read Elizabeth’s first novel, The Nearest Thing to Crazy (although Cutting Edge Press have now very kindly sent me a copy) so I didn’t know what to expect from Elizabeth’s writing.  Who Are You? is an absolute stunner of a book and its twisty storyline will completely throw your mind and leave you wondering who you can believe.

Juliet is married to two people – Alex, who has always been a bit controlling but who was also caring and loving – however that was before he returned from Afghanistan.  The Alex that Juliet is now married to is broken and haunted by his experiences; he has changed into a cruel, sadistic and unpredictable bully.  There are times when he can be a loving husband but these are becoming few and far between and Juliet is becoming very afraid of him – in fact she is beginning to hate him.

Juliet and Alex are both damaged people and probably should never have married.  Both had traumatic childhoods resulting in them being scarred in their different ways.   I started off disliking both characters, then my allegiance changed to Juliet, then to Alex however ultimately I felt sympathy for both of them.   It was clear that Alex was suffering severe psychological problems however being the ‘strong’ man, he would not seek help.   Juliet is not without her faults – she knows Alex’s weaknesses and to how to exploit them – whether it’s encouraging their young son Ben to play at soldiers and pretend to shoot daddy with a toy gun or playing a war DVD when she knows the loud bangs will affect Alex  – in their own way they seem to be hell bent on destroying each other.

The writing is edgy; there is a rawness to the text and no punches are pulled in the telling, indeed some scenes are quite shocking in their cruelty and will leave you gasping.  I’m not going into detail about the plot but the dual narration of Alex and Juliet work perfectly together and ensure the story flows seamlessly. There are no superfluous characters – even the supporting ones are just as relevant to the story. We’re pulled into the heads of both main characters and through the ensuing powerful and sometimes, frightening, storyline we watch them fighting their own private war with each other.  Who will win – I’m not going to tell you – you will have to read this fabulous book for yourself.

My thanks to Hatty at Cutting Edge Press for the advance reading copy. 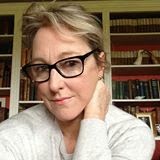