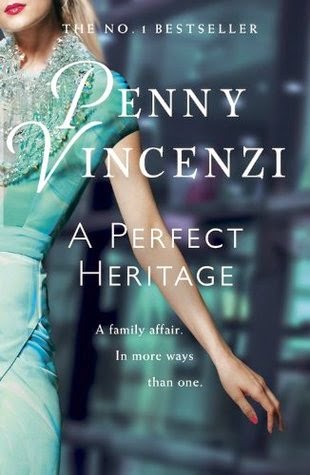 The House of Farrell – home of The Cream, an iconic face product that has seen women flocking to its bijoux flagship store in the Berkeley Arcade since 1953.

At Farrell, you can rely on the personal touch. The legendary Athina Farrell remains the company’s figurehead and in her kingdom at the Berkeley Arcade, Florence Hamilton plies their cosmetics with the utmost discretion. She is sales advisor – and holder of secrets – extraordinaire.

But of course the world of cosmetics is changing and the once glorious House of Farrell is now in decline, its customers tempted away by more fashionable brands.

Enter Bianca Bailey, formidable business woman, mother of three, and someone who always gets her way. Athina and Bianca lock horns over the future of the House of Farrell but it is the past that tells it’s devastating tale of ambition and ego, passion and wonder.

Here is a tale of survival … and a kind of promise.

I’ve been a fan of Penny Vincenzi for several years and was delighted to be given the opportunity by Lovereading to read and review the latest release.  I’m used to Penny’s books being larger than normal so wasn’t wholly surprised to find that my proof copy was a whopping 939 pages. However the story was so engaging that I didn’t even mind the slightly aching wrists!

The story centres around the House of Farrell, a cosmetics company established in 1953 by young husband and wife Athina and Cornelius Farrell. In its heyday the HoF attracted the rich and famous, including royalty but, unfortunately over the years, a combination of complacency, poor management and being completely out of touch with the times has meant that the HoF is in dire straits and needs immediate financial rescue.

This is where we meet Bianca Bailey.  She is bought in by the financiers as CEO to rally the company’s fortunes and bring it back to profit.  She has a fearsome reputation and is regarded as being one of the best in the business. Unfortunately she clashes on almost every level with Athina (now the widowed Lady Farrell) who still considers herself to be in charge of the company and who loses no opportunity to put a spanner in the works whenever possible.

Penny Vincenzi has created a cast of some fabulous characters – some strong and others so weak you want to shout at them with frustration; however they all have their own part in play in the story and we get to know them very well.  For me, the least likeable was Athina Farrell.  She had a nasty superior attitude and was very controlling – even with her family and although she may have been the driving force behind the company in its golden years, I didn’t warm to the elderly Athina at all.  Despite her ruthless reputation and no-nonsense manner, Bianca was the character that stood out for me the most and I felt that she was the mainstay of the story. Unlike Athina, she was quick to see the potential in people and situations and knew how to get the best from them.  As well as trying to save the company, she has her own family dramas and crisis to deal with – she doesn’t always get it right but her faults just make her appear more realistic and we get to see the vulnerable person beneath the businesswoman.

I’m not going to give any details of the plot, you need to read and enjoy this yourself but there are many different strands to the story which all combine to make this a book which will grab your attention until the very last page.   Commercial intrigue, affairs and past secrets together with family politics are just some of the threads that will keep you hooked. In the main, the story is set in London but we are taken to some very glamorous locations, for example New York, Dubai and Sydney.  I particularly enjoyed the time spent in Paris strolling through the back streets – the wonderful sense of place was a great addition to the story.

One of my favourite books as a teenager was A Woman of Substance by Barbara Taylor Bradford.  In some ways, A Perfect Heritage reminded me very much of that book for the strong female leads and the family strife and drama involved of running an international business, albeit in a modern day setting.

This is the 10th book I’ve read by Penny Vincenzi and I’ve enjoyed every one – you can always rely on her books to keep you enthralled.  This was another excellent read for me and I can highly recommend it.

My thanks to Lovereading for the advance reading copy. 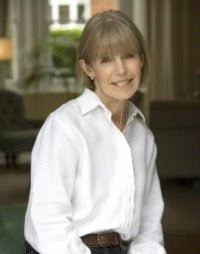 Penny Vincenzi is one of the UK’s best-loved and most popular authors. Since her first novel, Old Sins, was published in 1989, she has written fifteen bestselling novels, including The Decision and the number one bestsellers The Best of Times and An Absolute Scandal.


Her first ‘proper’ job was at the Harrods Library, aged sixteen, after which she went to secretarial college. She joined the Mirror and later became a journalist, writing for The Times, the Daily Mail and Cosmopolitan amongst many others, before turning to fiction. Several years later, over seven million copies of Penny’s books have been sold worldwide and she is universally held to be the ‘doyenne of the modern blockbuster’ (Glamour).

Penny Vincenzi has four daughters, and divides her time between London and Gower, South Wales..