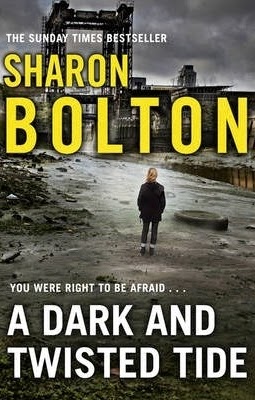 Former detective Lacey Flint quit the force for a safer, quieter life. Or that’s what she thought.

Now living alone on her houseboat, she is trying to get over the man she loves, undercover detective Mark Joesbury. But Mark is missing in action and impossible to forget. And danger won’t leave Lacey alone.

When she finds a body floating in the river near her home, wrapped in burial cloths, she can’t resist asking questions. Who is this woman, and why was she hidden in the fast-flowing depths? And who has been delivering unwanted gifts to Lacey?

Someone is watching Lacey Flint closely.

Someone who knows exactly what makes her tick . . .

Sharon Bolton is fast becoming one of my favourite crime writers.  The Lacy Flint series goes from strength to strength with each story becoming darker and the tension sometimes unbearable.  In particular, one of the things I love about this author is her ability to set the scene and describe it so perfectly that you can visualise yourself as a bystander. Part of this story involves the traversing of tunnels and drains and it feels so realistically claustrophobic.

Not for the first time in this series the River Thames features heavily and provides the perfect backdrop to the story. Not only has Lacey has moved onto a houseboat on the Thames but she has given up her previous role with the Met police and joined the Marine Unit intending to have a quieter life.   However someone has other plans for Lacey and soon she finds herself in the middle of a murder investigation and yet again facing danger.

The first corpse surfaces whilst Lacey is wild swimming in the Thames – her new morning ritual and not to be recommended!  It appears that someone knows her routine and she soon realises that the body was deliberately left for her to find.   She finds herself caught up in a story involving missing women and people trafficking and when further bodies are found she is sure that the same killer is responsible, however she has a battle on her hands to persuade her superiors and once again Lacey, regarded as something of a loose cannon, has to prove her case.

Lacey Flint has to be one of the most complex fictional detectives I have come across.  She still remains an enigma but in this outing, the layers are being very slowly peeled away and we learn just a little more about her past.  Her on/off relationship with fellow detective Mark Joesbury is ongoing, however he is currently working undercover and having to face problems of his own.

In this story, Lacey joins forces with her former boss Dana Tulloch and the two women have to put aside their differences and pull together to find a killer.  Dana’s personal life with her partner Helen feature heavily in this story which for me made her seem a little more human.

There were parts of the book that made me squirm – particularly the Litten crabs – urrgh those crabs…and then the rats! There are some sinister but very interesting characters featured and at one stage I thought I had the killer sussed but yet again, I was wrong!

This is another brilliant dark and perfectly plotted twisty read from Sharon Bolton and definitely one I would recommend.

My thanks to Alison Barrow of Transworld for the copy to review. 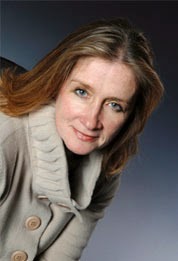 Sharon Bolton (previously S. J. Bolton) is the author of six critically acclaimed novels. This is her seventh novel and features the popular DC Lacey Flint and DI Mark Joesbury. She has been shortlisted for the CWA Gold Dagger for Crime Novel of the Year, the Theakstons Old Peculier Crime Novel of the Year and the CWA Dagger in the Library.

Sharon lives near Oxford with her husband and young son. For more information about her books, visit http://www.sharonbolton.com/. You can also join her on Facebook  and Twitter