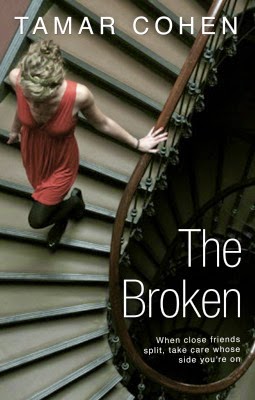 Best friends tell you everything; about their kitchen renovation; about their little girl’s schooling. How one of them is leaving the other for a younger model.

Best friends don’t keep secrets about their past. They don’t put you in danger.

Dan and Sasha, Josh and Hannah are two happily married couples and best friends – or so they thought.  When Dan announces that he has met someone else and is leaving Sasha after 8 years of marriage, Josh and Hannah are left reeling.  They have always been such close friends; they holiday together, chill out together, their young daughters September and Lily play together – in fact they are closer than family – or so they think!

Tamar Cohen has written a powerful and compelling story of how the breakdown of a marriage affects others.  Josh and Hannah are determined not to take sides but when the situation between the warring couple becomes increasingly acrimonious and toxic, they find it impossible to stay impartial.  With both Dan and Sasha fighting a war and making allegations, including that of violence against the other, who would you believe?

Despite their pledge to remain neutral, the split affects the dynamics of Josh and Hannah’s marriage  and cracks start to appear in their own relationship.  They begin to be suspicious of each other and both keep secrets – will they end up in the same situation as Dan and Sasha?

There were many times when I wanted to bang all their heads together, especially Hannah for being such a wuss and also, to some extent, Josh. Sasha was Hannah’s only real friend and definitely the more dominant personality. Hannah’s default position seemed to be that of feeling guilty and constantly apologising, even when Sasha’s behaviour began to spiral dangerously out of control.  I just wanted Hannah to stand up to her and tell her where to go. Josh kept secrets from Hannah – important things which he really should have told her but his excuse was that the timing was never right.

Dan initially lived in a world of delusion, thinking that Sasha was going to bow out gracefully and let him start a new life with his younger lover. However Sasha was not going to make things so easy for him and her behaviour becomes increasingly unstable and erratic.  Their young daughter September (who I initially had down as a spoilt brat) is caught in the middle and I ended up feeling quite sorry for her.

Interspersed throughout the story by way of short chapters, is the voice of a young girl, Lucie, who is clearly a very unhappy person.  Her real identity and her relevance to the story kept me wondering and although at one stage I thought I had this sussed, I was wrong.  Her sinister voice adds to the suspense and fear that something really bad has already happened or is about to.

Cleverly structured, with excellent characterisations, this is a story that will make you question how you would react in this situation – it is so scarily realistic.  Each character is flawed and appears unreliable and I was constantly changing my allegiance and sympathies. Add in to the mix the ever constant fear that worse may be yet to come and you have the ingredients for a fabulously dark and chilling read.   The story finishes with a wonderful twisty revelation which I certainly didn’t see coming.  This was a top read for me and well deserved a 5* rating. 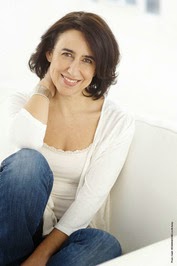 Tamar Cohen is a freelance journalist who has written for countless publications including The Times, The Telegraph, The Guardian, Marie Claire and Cosmopolitan. A late starter to fiction (and to other things besides) she has written four novels – The Mistress’s Revenge, The War of the Wives, and Someone Else’s Wedding, all published by Doubleday. The Broken is her fourth novel.  She is a Writer in Residence at Kingston University and lives in North London with her partner and three (nearly) grown children, plus one very badly behaved dog.

4 thoughts on “The Broken – Tamar Cohen”