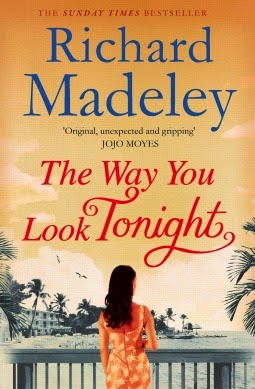 The thrilling new novel from bestselling author Richard Madeley takes us into the glamorous world of the Kennedys and the steamy, sinister Florida Keys.

Not until she was 16 did Stella Arnold learn the full truth about her father. Knowing now what her father was capable of, she decides to study psychology and the criminal mind, and to further her education in America.

In the spring of 1962 she flies to Boston where, being beautiful, bright and fashionably English, she becomes someone of huge fascination and on every invitation list. Then comes an invitation one summer weekend to the home of the Kennedys. Stella quickly becomes part of the inner Kennedy circle as they party through the hot summer nights. Both brothers, JFK and Bobby, make their moves on her but she firmly, charmingly, repels them.

Further south, on the Florida Keys, a killer is on the loose. The case, unsolved, begins to rock America, and with her specialist knowledge of psychopaths, Stella is co-opted by the police investigation and prepares to fly south…

Having enjoyed Richard Madeley’s previous novel Someday I’ll Find You (reviewed here), I was very much looking forward to reading this.  As nice as it is, the cover picture doesn’t quite match the story within and I think gives the impression of being a light-hearted read however this is far from the case.

Although this book features characters from the previous novel, it can easily be read and enjoyed as a standalone – although beware, if you do have Someday I’ll Find You, or you intend to read it, then I would recommend that you read that one first, otherwise that story will be spoilt.

We meet Stella Arnold again when she is 22 years old.  It is 1962, set in Florida during the Kennedy presidency.  Stella has been offered a place at the prestigious Smith College to take her PhD.  Before starting her studies, she flies to Boston to stay with some acquaintances of her mother Diana, Jeb and Dorothy Rockfair.  The Rockfairs are well connected and are friends with the Kennedys, which is how Stella’s connection with the Kennedy brothers begins.

Running alongside the main investigative part of the story is a separate narrative from the killer’s point of view – we can see him making his preparations and are privy to his thoughts which makes for a chilling addition to the story.

I have to admit I didn’t really warm to Stella for much of the book.  She was very young but very self-assured with a very high opinion of her own abilities and despite having no practical experience, considered herself an expert on psychopathic behaviour.  She was very clever, but also quite naïve at times.  I would like to see her return in future stories, but preferably it would be a more mature Stella next time.

The story was well plotted and paced with a wonderful sense of place. I’ve never been to the Florida Keys but  it is clear that the author knows it well and the depth of research shines through.  Although the murders were not gratuitously gruesome or explicit, there were some parts that made me wince and the thought processes and actions of the killer were quite chilling.

I really enjoyed this thriller – so, yes, there were times when the dialogue was a little cheesy and if you were a diehard fan of serial killer stories you might find this rather lightweight, particularly with the love story element but it’s an extremely good, entertaining, suspense filled read and I certainly will be looking forward to reading more.

My thanks to Rik and the publisher, Simon & Schuster, for the paperback copy for review.

At the time of writing this review, the Kindle version is available on Amazon for just £1.99 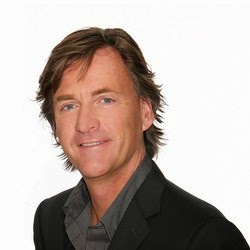 Richard Madeley was born in 1956. He worked on local newspapers before moving to the BBC. He met Judy Finnigan when they both presented a news programme on Granada TV. Their eponymous TV show ran for seven years and was an enormous success. Richard Madeley has four children and lives in London and Cornwall.