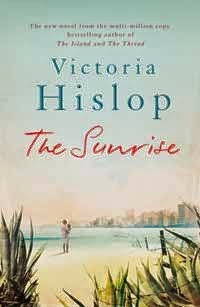 In the summer of 1972, Famagusta in Cyprus is the most desirable resort in the Mediterranean, a city bathed in the glow of good fortune. An ambitious couple are about to open the island’s most spectacular hotel, where Greek and Turkish Cypriots work in harmony. Two neighbouring families, the Georgious and the Özkans, are among many who moved to Famagusta to escape the years of unrest and ethnic violence elsewhere on the island. But beneath the city’s façade of glamour and success, tension is building.

When a Greek coup plunges the island into chaos, Cyprus faces a disastrous conflict. Turkey invades to protect the Turkish Cypriot minority, and Famagusta is shelled. Forty thousand people seize their most precious possessions and flee from the advancing soldiers. In the deserted city, just two families remain. This is their story.

“Famagusta was once a thriving city of forty thousand people.  In 1974 its entire population fled when Cyprus was invaded by Turkey.  Forty years on, Varosha, as the modern city is known, remains empty, sealed off behind the barbed wire put up by the Turkish  army.  It is a ghost town”.

Our first introduction to Famagusta is in 1972, before the invasion, when visitors flocked to this thriving resort for its golden beaches, smart cafés and expensive shops. Taking advantage of the influx of visitors are husband and wife hotel owners Savvas and Aphroditi Papacosta.   Savvas always has an eye for profit and so with the money invested by his wife’s wealthy parents, he has built a new hotel – the most opulent so far.  They already own the Paradise Beach Hotel, but the new hotel, The Sunrise, is far bigger and more luxurious than its neighbours.  They are not to know but The Sunrise will eventually become a place of sanctuary once the invasion takes place.

Savvas and Aphrodite live in their own bubble.  They are so preoccupied with expanding their hotel empire – no sooner has The Sunrise opened for business they (or, more specifically, Savvas) are busy planning a new and bigger hotel – the New Paradise Beach.  They are seemingly unaware of the tensions forming around them between the Greek and Turkish Cypriots and take their wealth and status for granted.

The other main character is Markos Georgiou.  He is the manager of the night club at The Sunrise and becomes so indispensable to Savvas that he becomes his right hand man.  However Markos feels much resentment towards his employers.  They have so much and take him for granted.

I loved Victoria Hislop’s first book The Island and was looking forward to this new release. It was clearly extremely well researched and laid bare the devastation caused to both communities of Greek and Turkish Cypriots who had previously lived and worked side by side.  Their lives – and their land were torn apart by the invasion and the trust between them destroyed.  I can’t imagine how devastating it would have been for those fleeing the invasion to have been forced to leave their home and businesses in just the clothes they were wearing and to not know whether they would see their family or home again.

For me, the stars of the story were not the Papacostas or the greedy and resentful Markos but those characters who initially played a small part in the story.  Following the invasion, the lives of two families were at the fore – the Özkans and the Georgious, one family being Greek Cypriots and the other Turkish Cypriots, but both connected in some way with The Sunrise hotel and it was these characters that I enjoyed reading about the most, in particular, a young worker called Hűseyin and his mother, hotel hairdresser Emine Özkan.  Both families had their own fight for survival amidst the continuing bloodshed in the aftermath of the invasion.

I have to be honest and say that I did struggle initially with this book and I was probably nearly halfway through before beginning to engage with the story and the characters.   I can’t put my finger on exactly why because the characters were well defined and the research and knowledge were faultless but something about the narration didn’t feel right.  The story and dialogue didn’t seem to have that natural flow and left me feeling disconnected and uninterested.  It also didn’t help that I found the political background quite confusing.  For me, the second half of the book was far more enjoyable than the first half. This is just my opinion and I am sure that others reading the book will love it.

My thanks to Lovereading for the advance reading copy. 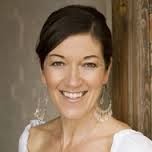 Inspired by a visit to Spinalonga, the abandoned Greek leprosy colony, Victoria Hislop wrote The Island in 2005. It became an international bestseller, published in thirty languages with over 3 million copies sold worldwide, and was turned into a 26 part Greek TV series. She was named Newcomer of the Year at the British Book Awards and is now an ambassador for Lepra. Her affection for the Mediterranean then took her to Spain, and in The Return (also a number one bestseller) she wrote about the painful secrets of its civil war. In her third novel, The Thread, Victoria returned to Greece to tell the extraordinary, turbulent tale of Thessaloniki and its people across the 20th century. Published in 2011 to widespread acclaim, it confirmed her reputation as an inspirational storyteller and was shortlisted for a British Book Award. It was followed by her much-admired collection of Greek-set short stories, The Last Dance and Other Stories.

4 thoughts on “The Sunrise – Victoria Hislop”