This has been a wonderful year of blogging for me.  My blog was only a year old in August but I’ve received so many great books from ever generous publishers and authors and feel honoured to have been invited to some very exciting book launches and events.   There are some compensations for the long daily commute into London and being able to easily attend evening events is one!

My first ever book launch event was in January 2014 when I won tickets to a launch of Luca Veste’s debut, ‘Dead Gone‘ held at Belgravia Books in London. I was delighted to meet Luca and was ever so slightly star struck at being in the same room as some of my all time favourite authors (- Mark Billingham being just one!).

In April, I was invited by Tina Seskis and Penguin to the launch of ‘One Step Too Far‘.  I was fortunate enough to have been an early reviewer of this when Tina self published in 2013.  It really is a fantastic book and if you haven’t yet read it, then I can highly recommend it. This launch was held at Penguin’s offices at The Strand, London and it was a wonderful evening.  It was an unexpected thrill to be given a copy of the finished book and to find my name mentioned at the back.  My friends, Anne C (who blogs at Random Things through My Letterbox) and Anne W (who blogs at Being Anne) were also invited and as I live in a different part of the country, it was lovely to have the opportunity to meet up again.

In June, I was invited by Hatty of Cutting Edge Press to the launch of Elizabeth Forbes’ amazing new thriller ‘Who Are You‘.  This was held at the very grand Cavalry and Guards Club in Mayfair.   I met so many lovely authors here, Elizabeth Forbes, Tammy Cohen, Amanda Jennings, Shelan Rodger – one day I promise I will get to all of your books!  Again, I was delighted to meet up again with Anne C and our friend Leah (who blogs at Reflections of a Reader).  It was also very nice to meet Dawn (who blogs at Crooks on Books), we had ‘spoken’ on Twitter many times but had never yet met.  Another Twitter friend it was lovely to meet for the first time was Nina (@Matineegirl). Nina is actually a friend of Anne C and hopefully we will meet again at a future event.

In November, I bought my ticket and made my annual pilgrimage to see Jodi Picoult in London on her UK promotional tour, this one being for ‘Leaving Time‘. I’m a huge fan of her books and she is always so interesting and a pleasure to listen to.  Every time I have seen her, somebody ALWAYS asks the question concerning the film ending of My Sister’s Keeper and even if she is privately groaning at having to answer this for the millionth time, she never shows it!  Fanny Blake again did the interview and although the venue  St James Church, wasn’t quite as comfortable as the usual theatres (nearly two hours of sitting on a hard wooden bench!), I very much enjoyed the event and of course came home with my copy of the book. 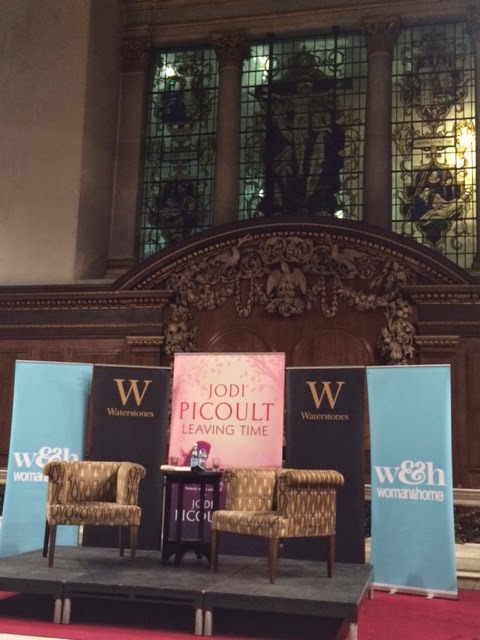 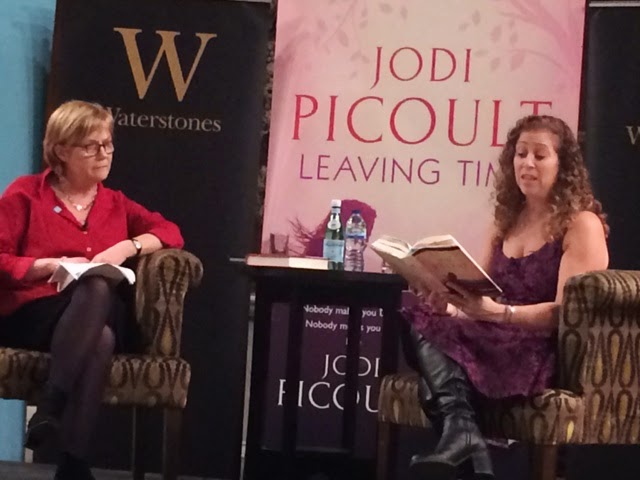 Finally in November and December, I was invited to a couple of Penguin events. Unfortunately I couldn’t attend the November Annual Fiction Showcase because of illness but nothing would keep me away from the Women’s Fiction Evening in December.  Again, this was held at Penguin’s The Strand offices.  Penguin looked after everybody so well and made sure that we were introduced to their authors.  It was a huge pleasure to meet Tina Seskis again, Dinah Jefferies, Sinéad Moriarty, Lucy Robinson, Kate Riordan and Louise Candlish as well as members of the Penguin/Michael Joseph/Penguin Ireland team. It was a really lovely evening and I also met some book bloggers for the first time that I only previously knew from Twitter and Facebook.  I met up with the lovely Rea (who blogs at Rea Book Review) – we were both on our own and her great company made the event far less daunting for me! 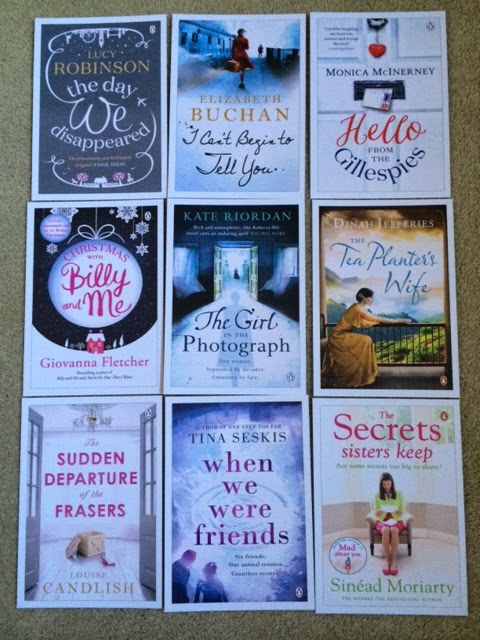 These beautiful books (including a couple of unbound proofs) came home with me!  Penguin were so very generous, with goody bags prepared and we were told to pick up any books we wanted. 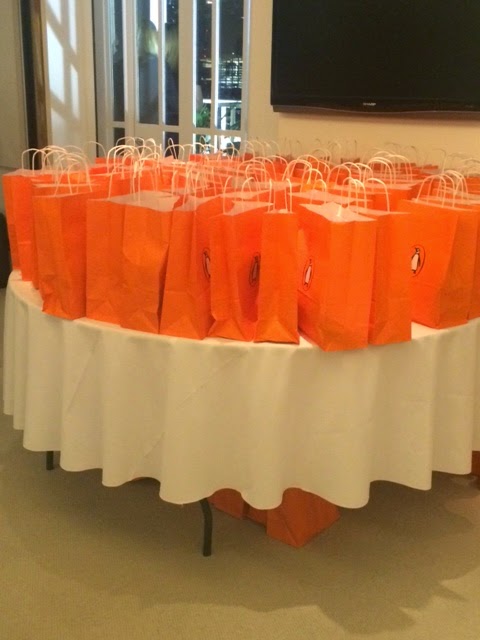 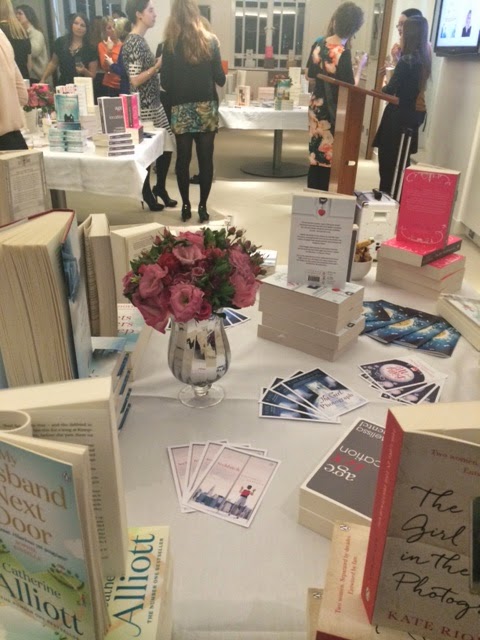 So that’s my blog year.  There are so many fabulous books being released early in 2015, some of which I have been lucky enough to have received already from publishers.  I only wish there were more hours in the day to read (and review), all the books I currently have.

My thanks to authors, publishers, fellow blogger friends, Twitter and Facebook followers for your friendship and support. When I first started my book blog it was only ever intended to be as a hobby and I am constantly amazed (and so thrilled) that people choose to read it and take the time to comment on posts.