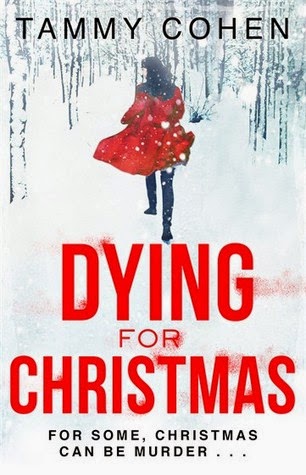 I am missing. Held captive by a blue-eyed stranger. To mark the twelve days of Christmas, he gives me a gift every day, each more horrible than the last. The twelfth day is getting closer. After that, there’ll be no more Christmas cheer for me. No mince pies, no carols. No way out .

But I have a secret. No-one has guessed it. Will you?

I’ve read and loved two of Tamar Cohen’s previous books (The  War of the Wives and The Broken (both reviewed on this blog)) and was so looking forward to reading this, her first book published under the name of Tammy Cohen.  I took it away on holiday with me to read just before Christmas and I was so engrossed I finished it within a day and a half.

We should all be familiar with the concept of ‘stranger danger’ – would you go back to a flat belonging to a stranger who had followed you to a department store café? – well, silly old Jessica Gold did.

Jessica is taking a breather from Christmas shopping in a café when Dominic asks to share her table.  She is stressed, her relationship with her boyfriend Travis isn’t going too well and when Dominic, a good looking guy, shows her some attention with some flattering words before asking her back to his place for a drink, well there’s no harm in that is there.

Jessica is the misfit in her family – even her brothers think she is weird but it’s her distinctive personality throughout the story that is the most compelling and interesting. The ‘stranger’ in question, Dominic Lacey, is portrayed as a charming but twisted individual.  With each present that Dominic gives to Jessica, a little more is divulged about his background and Jessica’s torment increases, although there were times when I thought we were being led down the Stockholm Syndrome path.

Jessica’s imprisonment is interrupted by chapters voiced by Kim Harper, a police detective investigating her disappearance.  Kim is eager for promotion and feels she has to put in the hours to stand out from her colleagues – however her husband is unhappy and her desire to pursue her career threatens to tear her family apart.

The story is told in two parts – Jessica’s narration of her imprisonment in the first half will make your heart race but when you get to the second part of the story, this is when your mind spins and Ms Cohen will have you in twisted knots, trying to make sense of the story, life and the universe.

I didn’t find any of the characters likeable, but then I probably wasn’t meant to.  This didn’t spoil anything for me – I love unreliable narrators and flawed personalities and this book has those in abundance.

Just because this book has the word Christmas in the title, don’t think it’s one that you can’t read at any other time – if you waited until next Christmas before reading it, you would be missing out on a heck of a twisty and disturbing read.  I loved it and Tammy/Tamar Cohen has firstly established herself as one of my favourite authors.

I originally obtained this through Netgalley, courtesy of the publisher, but I did buy my own reading copy. 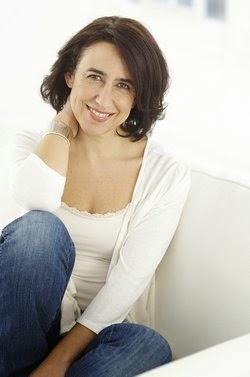 Tammy Cohen (who was previously published under her formal name Tamar Cohen) is a freelance journalist. A late starter to fiction – and to other things besides – she has now written four novels: The Mistress’s Revenge, The War of the Wives, Someone Else’s Wedding, and The Broken. Now embarking on psychological suspense, Dying for Christmas is her first Yuletide chiller to be published October 2014. She is a Writer in Residence at Kingston University and lives in North London with her partner and three (nearly) grown children, plus one very badly behaved dog. Follow her on Twitter @MsTamarCohen