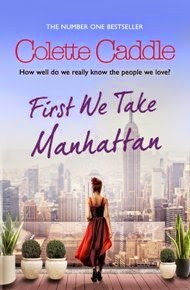 Identical twins, Sinéad and Sheila Fields, have always done everything together and so, after graduating in millinery, they decide to open their own hat shop. It’s a small business but thanks to hard work and talent, they build up a loyal clientele. Then one day a glamorous young actress buys one of their hats, wears it to the Baftas and suddenly success seems guaranteed.

But within weeks, tragedy strikes when Sheila disappears, and is presumed dead. After months of desolation, Sinéad is just beginning to come to terms with her loss when she is given new hope: there has been a sighting of her sister. While she is filled with excitement at the thought that Sheila might be alive, she is haunted by questions. Why would Sheila have deserted her twin without a word? After all, they had always told each other everything … hadn’t they?

Twin sisters Sinéad and Sheila Fields have started their own millinery business. They are just about to hit fame and fortune after a famous actress wears one of their creations to a BAFTA awards ceremony when Sheila suddenly disappears without trace. Her car is found abandoned with her handbag inside. After several months without any news the family reluctantly have to accept that Sheila is dead, possibly by her own hand. Her twin Sinéad is devastated and lets the business slide into ruin – along with her relationship with boyfriend Dylan. The two sisters were so close and Sinéad can’t accept that Sheila would deliberately wish to cause so much hurt. Her younger brother Max intervenes to try and salvage the business and this is really where the story starts with disclosures and coincidences that eventually form the crux of the tale.

This is the first Colette Caddle book that I have read (although I do have a few of her earlier books in my collection – I hadn’t realised that she had written so many, this being her 14th novel). What attracted me (apart from the gorgeous cover) was the mystery element of the missing twin and the dual location of Ireland and New York. The story kept me engrossed, whether we were in Dublin or Central Park.

I really enjoyed Colette’s writing. The Fields family are well drawn with complex characters and you are drawn in to the family relationships and dynamics, each of them dealing with loss and grief in their own way. The mother died tragically by drowning years before when the twins and their brother Max were quite young and the father has never really got over the loss of his wife. His wife’s sister, Bridie, stepped in to look after the family, and although she did an adequate job, she was never a very loving person and the lack of affection was felt by all the siblings. Bridie is now suffering from dementia; she has a past of her own that is partly shrouded in mystery and appears to be the holder of long held family secrets.

There is a little bit of everything in this book, mystery, family relationships, secrets and romance. There are some fabulous supporting characters – Krystie was a wonderful creation and came into the lives of the Fields family like a breath of fresh air, her relationship with her own family felt believable and was one that perhaps many people could identify with. Very cleverly, the author threw in a few seeds of doubt here and there – just enough to make you wonder about certain characters and whether they were all that they seemed.

Despite the mystery element, this is not a suspense thriller but neither is it light and fluffy. I was completely engrossed in the lives of the Fields family and as desperate as they were to find out the truth about Sheila’s disappearance. We see a family that has been torn in two by loss and the repercussions of keeping secrets. This was a really enjoyable story and I and look forward to reading more by Colette Caddle.

My paperback copy came as a competition win from the author. 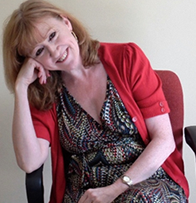 Colette Caddle lives in Dublin with her husband and two young sons.