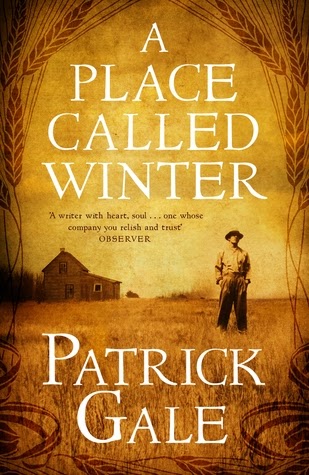 Thursday evening saw me at Foyles, Charing Cross Road in London.  I had booked my ticket for this event several weeks ago and was very much looking forward to it.   I absolutely loved the book – so much so that I was even more excited at having the opportunity to hear Patrick Gale talk about it.

I met up with Nina, a friend and fellow book lover (@Matineegirl) at Foyles and we had a seat in the front row – a perfect grandstand view. The event was chaired by Claire Armistead, Books Editor for the Guardian.  Patrick began by showing a few pictures of his family members who inspired the story – Harry Cane, his wife Winifred, and her mother and sisters – all of whom feature in the book. 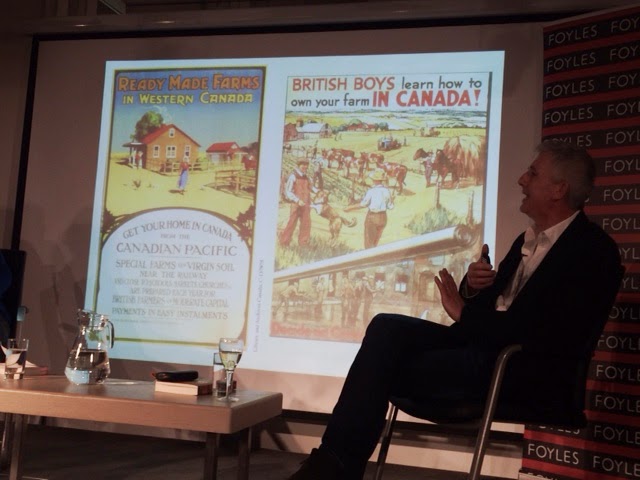 It was a relaxed and informal chat – Patrick has a very natural manner and had the audience laughing several times with his replies. He talked about his reasons for writing the book and explained that because there was so little information known in the family about Harry Cane, it was necessary to add fiction to the fact so that the story would work. He explained how he did his Canadian research and described his visit to the area of land in Winter that Harry actually farmed.   He also read an extract from the book – unlike some authors I’ve seen read, he didn’t stumble once, I was very impressed.  He then took questions from the audience and talked a little about his earlier writing and gave a little teaser of his future writing plans. 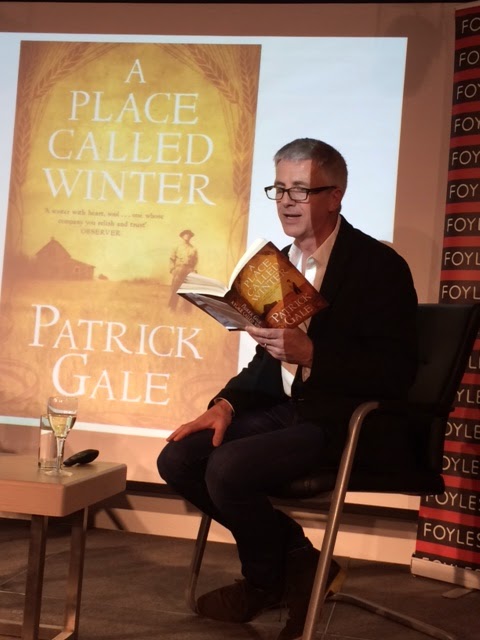 Sadly, all too soon the hour was up  – he was so interesting to listen to I could easily have stayed for hours! 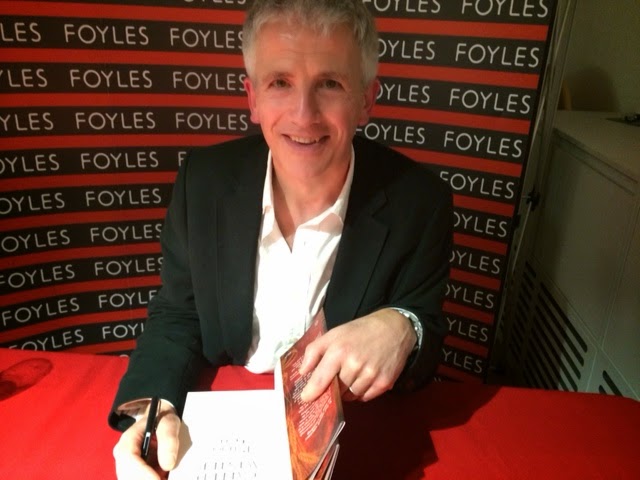 I wasn’t going to leave empty handed though and I made sure that I picked up a couple of books to purchase for signing. 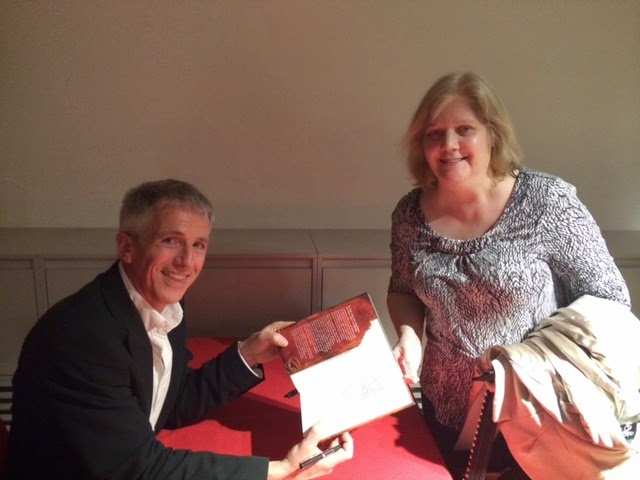 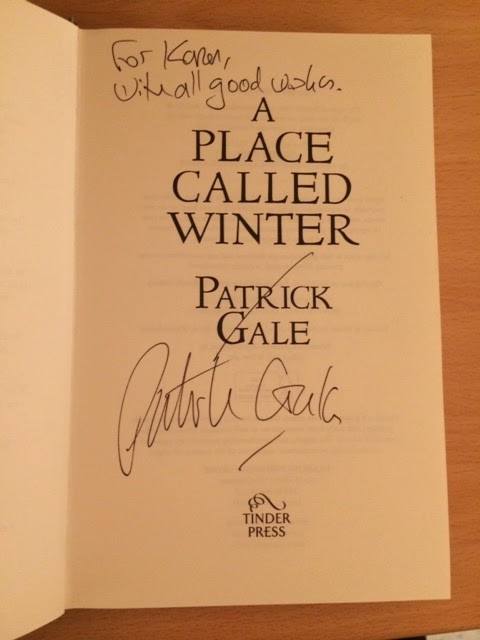 This was a really enjoyable event and if you get the chance to go to any of these talks by Patrick then I recommend that you do go – you can be sure of a very interesting and entertaining time.

I was delighted to be able to finally meet Georgina of Headline (@PublicityBooks). We have tweeted many times and its so nice to actually meet in person. 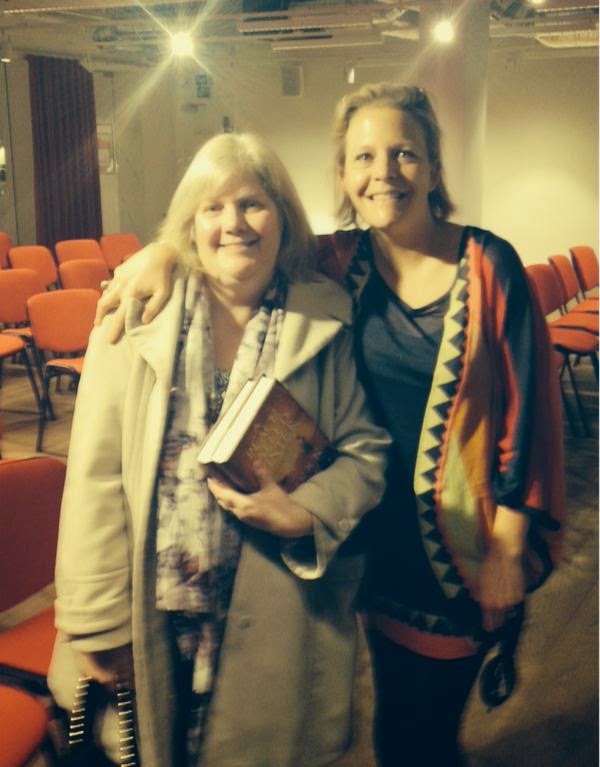 I’ve had a couple of Patrick’s earlier books in my collection forever (I know I have Notes From an Exhibition and at least one other) which have been bypassed for no apparent reason but now I will certainly hunt them down and make sure I read them.

If you haven’t read A Place Called Winter, I can highly recommend it – you can read my review here

Edited:  In the Saturday 28 March edition of The Guardian, is an article which includes the family photos mentioned here.

In the golden 1900s, Harry Cane, a shy, eligible gentleman of leisure is drawn from a life of quiet routine into marrying Winnie, eldest daughter of the fatherless Wells clan, who are not quite as respectable as they would appear.

Winnie and Harry settle by the sea and have a daughter; conventional marriage does not seem such a tumultuous change after all. When a chance encounter awakens unacknowledged desires, however, Harry is forced to forsake the home and people he loves for a harsh new life as a homesteader on the newly colonized Canadian prairies. There, in a place called Winter, he will come to find a deep love within an alternative family, a love imperilled by war, madness and a man of undeniable magnetism.

In a dramatic departure from anything he has written before, Patrick Gale boldly projects his own fears and loves to tell the dramatic story of an Edwardian innocent’s gradual understanding of his own nature. Based on the real life mystery of the author’s own great-grandfather, and drawing on the understanding of psychology and relationships which infused Rough Music and Notes from an Exhibition, A PLACE CALLED WINTER charts the gathering of wisdom of a kind suppressed in most family histories.