I’m so pleased to welcome Fiona to My Reading Corner.  Her fourth novel The Other Side of the Mountain‘ is now available to buy in both ebook and paperback. I do have a copy to read and, going by the reviews I have seen for it, it looks just my type of story.  I will be posting a review soon.

In the meantime, Fiona has written a post explaining how the idea for the book came about.  I hope you enjoy it. 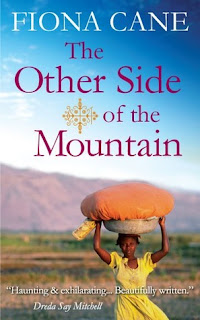 The Story Behind The Other Side of the Mountain

The idea for this story didn’t explode in a burst of inspiration but rather, like the Haitian proverb Little by Little the bird builds its nest, it arrived in pieces and had to be built, bit-by-bit. The seed was sown when I was reading the newspaper coverage of the earthquake that devastated Port-au-Prince on 12 January 2010. Aside from Papa Doc and the Tonton Macoute, I knew I knew very little about Haiti but quickly discovered its many layers: its violent history, the unbalanced class system, the heartbreaking poverty, the racial conflict, Voodoo, the courage its people have always shown in adversity. Intrigued, I decided to do some research of my own. I ordered a book from Amazon, then another and another. I was hooked.

Of all the books I read in those early months ‘Walking on Fire: Haitian’s Women’s Stories of Survival and Resistance’ by Beverly Bell, was the one that left the deepest impression. In it thirty-eight women talk about their suffering, their resistance and their fight for survival in a world dominated by brutal dictatorships, violent husbands and coercive landowners. Described by Haiti’s first democratically elected president, the once shy, young priest Jean-Bertrand Aristide who’d bravely campaigned for reform, as the poto-mitan of society (after the central pillar of the Voodoo temple because they did everything), these women were subjected, nevertheless, to years of humiliation, physical abuse, rape, torture and murder – real-life heroines who were determined to ‘cross the hot coals’ and build a better life for themselves and their family. It was both a heart wrenching and an uplifting account and I began to imagine a central character that fitted this mould. 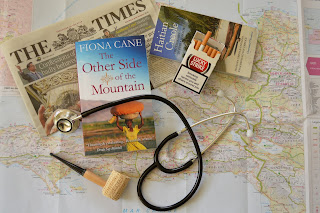 And so Yolande Molaire was born. The beloved only daughter of a Haitian peasant farmer, she’s lived all her life in a village in the mountains of the Central Plateau. Her idyllic childhood, however, is over. Everyone she’s ever loved has gone, including her sister, Yvie, her abusive husband has sold into slavery. Desperate to be united with Yvie, she leaves the village in search of her. Only now I had a problem. Coming from a white, middle-class background, I was nervous about writing from the point-of-view of a black Haitian woman. How could I possibly understand the depth of her suffering? And bearing in mind that I couldn’t speak her language, how could I even begin to put it in words? After much deliberation I realised that if the thread of the narrative was the suffering of its women, I had to at least give it a go.

Yolande embodies the time and the place, so I needed an outsider whose reactions to this tough, volatile environment would resonate with the reader. Enter Maddy Banks, the eager but impulsive young British journalist on her first overseas assignment, trailing a failed relationship with an older man behind her. Maddy has always railed against her cosseted upbringing, but it’s not until she’s nineteen when her father angrily lets slip that her real mother was the acclaimed war reporter, Cynthia Stone, and not his wife, Penny, who brought her up, that the reasons why become clear. Desperate to emulate her birth mother’s daring journalistic feats and in spite of her father’s wishes, she contrives to be sent to Port-au-Prince. Her brief, such as it is, is to bag an interview with President Aristide but within hours of her arrival she realises that she is wholly unprepared for the politically turmoil that awaits her.

Clare Thompson, the third character, is a world-weary ex-pat gynaecologist who’s spent the last eight years working in Port-au-Prince. Having fled England on the back of an unspoken personal tragedy, she has just started dating again. Every now and again she helps out at a hospital in the mountains and is much admired by one of the surgeons there. She speaks Creole and understands Haiti’s ways so that when the three women eventually meet, she becomes Yolande’s translator, in every sense of the word. Level headed and responsible, Clare is the antithesis of Maddy Banks and yet it is up to her to bridge the cultural gap if they are to have any hope of finding Yvie. With fifty thousand children living on the streets of Port-au-Prince and three hundred thousand more living as restaveks, abused by their host families, Clare alone understands the enormity of the task.

Now I had a setting for a story in which three very different characters, divided by language, lifestyle and personality, unite to hunt for a missing child. In essence, it is a story of love and loss, of self-discovery and finding the strength to face your fears, of acceptance, of letting go and moving on. 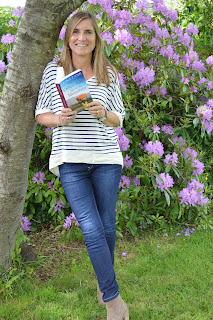 The Other Side of the Mountain


It’s 2001, and amidst the political turmoil in Haiti, three disparate lives collide: Yolande, an impoverished farmer desperately looking for the sister her abusive husband has sold into slavery; Maddy, an eager British journalist on her first overseas assignment, set on making a name for herself; and Clare, an ex-pat gynaecologist who’s devoted the past eight years to healing Haiti’s downtrodden women.


Divided by language, lifestyle and personality yet all driven by painful memories buried in their pasts, the three women unite to search for the missing child. It’s a quest that takes them deep into the city’s underworld, where poverty is rife, black magic thrives and violence is king; a world in which appearances can be deceptive and where survival is by no means certain.