The Secrets of Midwives – Sally Hepworth – Review and Giveaway 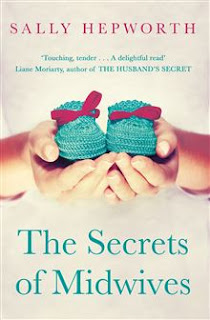 
The Secrets of Midwives tells the story of three generations of women devoted to delivering new life into the world—and the secrets they keep that threaten to change their own lives forever.

Neva Bradley, a third-generation midwife, is determined to keep the details surrounding her own pregnancy—including the identity of the baby’s father— hidden from her family and co-workers for as long as possible.

Her mother, Grace, finds it impossible to let this secret rest.

For Floss, Neva’s grandmother and a retired midwife, Neva’s situation thrusts her back 60 years in time to a secret that eerily mirrors her granddaughter’s—a secret which, if revealed, will have life-changing consequences for them all. Will these women reveal their secrets and deal with the inevitable consequences? Or are some secrets best kept hidden?

‘The Secrets of Midwives’ is published today –  and I have a brand new copy to give away (see at the end of this post).

‘The Secrets of Midwives’ is set in Rhode Island and tells by alternate chapters, the story of Floss (an 83 year old grandmother and ex midwife, her daughter Grace and grand-daughter Neva (also both midwives). Throughout the story, they all at some time have their own secrets to keep, however it is Floss who has the biggest secret of all.

Neva is 29 and pregnant with her first child.  She has kept her pregnancy a secret for as long as she can and refuses to disclose who the father is but her mother Grace is desperate to know which puts even more pressure on an already complicated and fractious relationship.

Floss, the 83 year old grandmother, lives with her partner Lil, and has a secret which she been holding close for over 60 years.  For me, she was the most interesting character as her story includes her time as a young midwife in England in the 1950s.  I could quite happily have spent more time with the younger Floss and her friends Evie and Elizabeth.

Neva was not an easy person to get close to and seemed to push people away. She was extremely good at her job and looked after her patients very well but I didn’t really care for her, or feel any kind of warmth towards her until much later in the story. As for her mother Grace, I thought she was overbearing and far too pushy and I could understand why Neva wanted to keep her distance from her.

The midwifery element of the story has clearly been well researched and the story does go into some detail about the birthing process; some descriptions may be a little graphic but not gratuitously so.  Grace, in particular, seems to have a chip on her shoulder with regard to hospital doctors and the way that midwives are treated and I felt that the ‘home birth is better’ theme was maybe pushed a little too much, however it was clear that all three women as midwives genuinely cared about their patients and in some instances went beyond the call of duty.  It was interesting to compare the differences between Floss’ experiences in the 1950s and the birthing options available to women with modern day facilities.

This is a warm and engaging story of three women all trying to decide what to do for the best but fearful of the consequences. I suppose their family unit called be regarded as dysfunctional, certainly Grace and Neva’s relationship was hardly that of mother and daughter, particularly as Neva didn’t call her ‘mum’ but used her christian name. Although Neva was determined to keep the baby’s father a secret, it didn’t stop people talking and Neva found herself the subject of unwanted speculation and gossip.  I did find the romance “will they, won’t they” element reminded me a little of the Mills & Boon books that I read as a teenager but as this is only part of the story, it didn’t spoil my enjoyment.


I would certainly read another book by Sally Hepworth.  I see that the next book ‘Things We Keep’ is due to be published early next year and it’s already on my wishlist.

My thanks to Lucie and the publisher for the paperback copy to review.

For the giveaway, please go the Rafflecopter box at the end of this post, and if you are entering, good luck! 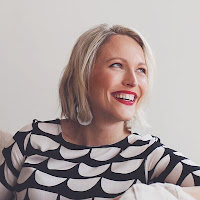 Sally Hepworth has lived and travelled around the world, spending extended periods in Singapore, the U.K., and Canada. While on maternity leave, Sally finally fulfilled a lifelong dream to write. While pregnant with her second child, Sally wrote The Secrets of Midwives. Her next novel, Things We Keep, will be published in 2016. Sally lives in Melbourne, Australia with her husband and two children.

I have received a duplicate copy of this book and, with the publisher’s permission, I have a brand new finished paperback copy to give away.

To enter, use the Rafflecopter box below (sorry, but for postage costs I have to restrict this to UK/Ireland entrants only).