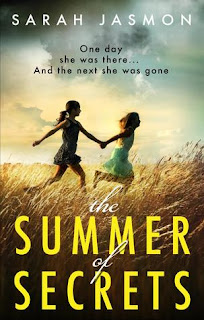 I’m delighted to welcome Sarah to My Reading Corner for my stop on the blog tour.  Sarah has written a piece for my blog stop which I hope you enjoy.

I wrote The Summer of Secrets without thinking of it as a coming of age novel. It was only later that I realised that my subconscious had known all along. What I don’t know is whether decisions – about plot, character, setting, tone – were made because of this underlying knowledge, or if my early choices led it to be that kind of book. 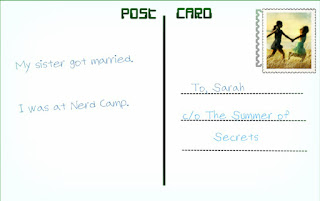 Coming of age is a genre which focusses on growth from youth to adulthood, a process that can take months (Bonjour Tristesse) or years (Brideshead Revisited). It also needs the element of looking back. In Michael Frayn’s Spies, the main character, Stephen, is a grandfather before he goes back to visit the road he grew up in. Cecil, the narrator of The Greengage Summer, doesn’t take anything like as long to look back but, as her sister comments, none of them were the people they had been before that summer in France. By returning to the significant time and working through the memories, though, all of the protagonists come to a degree of self-knowledge, the growing up part of the process.

I chose for Helen to be sixteen for the main part of the book and I chose for it to be set in the summer, and I think these two things are intimately connected. Sixteen is an odd age, bringing such a mix of independence and uncertainty. It’s an age when you haven’t had the experiences to make decisions based on knowledge, but you really don’t want advice from anyone. It’s when you start to experiment with who you are beyond the confines of your family, but are still seen as a child within the family circle. And the summer holidays can seem to be the place when it all happens. 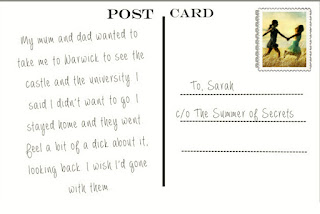 Late teenage summers. Time off has been earned by all of the exam work. You’re old enough to be at home without holiday clubs and supervision. All possibilities in the world exist somewhere in a hazy future, and the sense of that coming time can be enjoyed without the weight of responsibility for anyone or anything. And the time stretches ahead into infinity. I knew that adolescent summers were special. When the publication date for The Summer of Secrets was approaching, I thought it would be interesting to find out what other people remembered from the summer they were sixteen.

What came back to me were memories both touching and funny by turns. First love features heavily, of course, but also the place of that first love, the location connected with the intensity of the emotion. Through the fragments written down, whole stories emerge of uncertainty and excitement and self-conscious despair. And, amongst the laughter of remembering, there’s often a sense of melancholy. ‘I wish that I had…’ ‘If only I’d known…’

I’ve been turning them into postcards and posting them on my website here: http://sarahjasmon.com/thesummeriwassixteen/ The postcard format seemed so appropriate, the place for Twitter-ish length narratives from the time before. The summer was when we all sent postcards, the time when we all experimented with who we were. We made mistakes that were crushing at the time, but faded to gentle memory with time, becoming the layers of our personal geography. 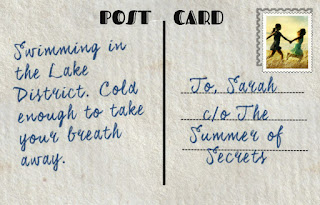 Helen is having her own postcard moment, but it’s one that has never faded because she has never been able to move on from it emotionally. Her layers are paper-thin, giving her no foundation for happiness. It’s only by going back that she can learn about herself, and get to a place to start again. I’d love to know what you think happens to Helen after the book finishes. And if this has stirred up a memory from the summer you were sixteen, I’d really love to hear about it! 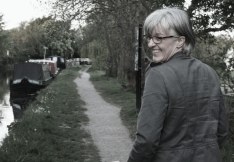 
and the next day, the day after the fire, she was gone.


In the summer of 1983, when Helen is sixteen, Victoria Dover and her eccentric family move in next door, at once making her lonely world a more thrilling place. But the summer ends with a terrible tragedy, and everyone involved – her father and the entire Dover family – simply disappears.


Then one day, thirty years later, Victoria comes back.


A suspenseful, spell-binding coming-of-age story about young friendship, damaged families and how one simple action on a long, sultry summer can echo through the years. Perfect for fans of Louise Doughty’s Apple Tree Yard, Liane Moriarty’s The Husband’s Secret and Helen Dunmore’s The Lie.