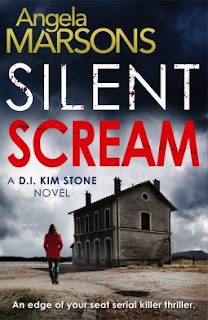 Five figures gather round a shallow grave. They had all taken turns to dig. An adult sized hole would have taken longer. An innocent life had been taken but the pact had been made. Their secrets would be buried, bound in blood …

Years later, a headmistress is found brutally strangled, the first in a spate of gruesome murders which shock the Black Country.

But when human remains are discovered at a former children’s home, disturbing secrets are also unearthed. D.I. Kim Stone fast realises she’s on the hunt for a twisted individual whose killing spree spans decades.

As the body count rises, Kim needs to stop the murderer before they strike again. But to catch the killer, can Kim confront the demons of her own past before it’s too late?

I’m a bit late to the party with this one and have been trying to get to it for some time.  I’ve been having a bit of a book slump lately, nearly everything I picked up I soon put down again as I couldn’t get into it. Silent Scream has had so many rave reviews by fellow book bloggers that I thought it would be the ideal book to get my ‘reading mojo’ back. It’s also been on my Kindle for a while, along with book 2 (Evil Games) and I wanted to catch up as Book 3 (Lost Girls) will be published in November.

DI Kim Stone is not someone that I would want to get on the wrong side of. She can be blunt to the point of rudeness although she obviously has a very caring side, as is demonstrated later in the story. She’s a bit of a loose cannon, often ignoring orders and narrowly escaping disciplinary procedures.  She has had a tough past and this case in particular, brings back some very painful memories. Despite her tough nature, her team are very loyal, especially her colleague DS Bryant. The professional relationship between Kim and Bryant was inspired. Whereas Kim often spoke before she thought and put people’s backs up, he was the voice of reason with a quieter approach. Every now and again, she showed a softer, sympathetic side and her dedication to obtaining justice for the victims was never in doubt.

The story is not a pretty one. It is set in the Black Country and is a dark tale involving a former children’s home and includes cruelty and some gruesome murders, both in the past and present. Kim is deeply affected by the finding of the bones on the abandoned land as are other members of the investigation and archaeological forensic teams. Their task in identifying the remains is made even more difficult as a previous fire at the site has destroyed many records.

Every so often a sinister and taunting voice of who I assumed was the murderer would appear. I had my suspicions as to their identity from about halfway through but the little twists throughout the story didn’t make it a foregone conclusion.

This is an extremely good debut crime novel which has already received over 2000 5* reviews on Amazon so my 4* rating will not have any impact whatsoever.  For me, however, there were just a few issues, which although fairly minor, prevented this getting a 5* rating. There was the excessive amount of ‘eye rolling’, mainly by Kim, but by other characters too, which I found increasingly irritating.  There was one part of the story towards the conclusion that I really wasn’t convinced by at all and I can’t say why because it would give too much away.


Although it didn’t have always have the polished feel that I was expecting, this is a dark and gritty crime thriller with touches of dark humour that kept me reading. There was something very addictive about the story, it had plenty of pace and it proved a good choice to get my reading mojo back – and yes I will be continuing with the next book in the series.  I definitely want to read more about Kim Stone.

My digital copy was received as a blog giveaway prize.

At the time of writing this review, the Kindle version can be downloaded from Amazon for 99p. 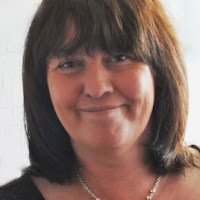 Angela Marsons is the author of Amazon #1 Bestseller Silent Scream.

She lives in the Black Country with her partner, their bouncy Labrador and a swearing parrot.

She first discovered her love of writing at Junior School when actual lessons came second to watching other people and quietly making up her own stories about them. Her report card invariably read “Angela would do well if she minded her own business as well as she minds other people’s”.

After years of writing relationship based stories (My Name Is and The Middle Child) Angela turned to Crime, fictionally speaking of course, and developed a character that refused to go away.