Tara and Legend have kindly sent me a copy to review which I am looking forward to reading but in the meantime, I’m delighted to welcome Tara to the blog with a guest post. 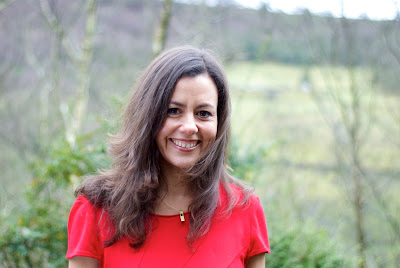 I’ll let you into a secret. When I was announced as winner of the Luke Bitmead Bursary last year, amidst the disbelief and the excitement and the pure joy was another little voice, barely audible at the time but gaining in volume as the days went by. That voice had one mantra, repeated over and over again in the distant and then not-so-distant corners of my head.

You see, winning the bursary meant my novel Untouchable Things, nine years in the writing, was going to be published. And despite all my feverish attempts to achieve that result, there had also been a safety in the rejections, a reassurance that no-one else was going to be exposed to the far-flung and (let’s face it) seriously dark recesses of my imagination. Each rejection meant that I could put off the moment when a friend would have to look me in the eye after reading one of my more eye-watering sex scenes the night before. Or when my mum and my brother and my dad, my dad!, would come face to face with a distinctly less familial and familiar side of me.

Early on in the process of writing Untouchable Things I’d read some advice that made excellent sense to me: shed your inhibitions by writing as if you will never be read. Push your concept and your characters as far as they will go and, if it helps, tell yourself that you’ll publish under a pseudonym. All the days, those years, tapping away in my little writing study, I followed that advice. In fact even after nine years the only people who had read the whole manuscript were my partner and my writing buddy. Now all that was about to change.

So nine months after the Awards night I found myself in an idyllic part of France supposedly having a relaxed family holiday just before the publication of my book, but being woken in the night by waves of horror at the prospect of people reading it. Writing fiction is an incredibly exposing thing anyway: so many people read, and they will all have an opinion. What if they hate it? What if they can’t believe that I won a prize for it?

But it goes deeper than that. I’ll never forget hearing a neighbour talk about a novel that another local author had written, a novel that also doesn’t shy away from exploring a darker side of sex. “Well, we all know what she’s like now, don’t we?” I felt shocked at the time that the novel and the person were being conflated, that the novelist was assumed to have the same sexual predilections as her characters. If a novelist writes about an astronaut or a farmer, we wouldn’t assume that she had once done either of those jobs. But when it comes to sex, the same rules don’t seem to apply. Fiction morphs into supposed autobiography. Perhaps particularly for women authors.

Of course, a novel like Untouchable Things does tell us something about the terrain of an author’s imagination and consequently the person herself. Yes, I’m not a person who shies away from sex; yes, it’s on my radar and I think it’s important. But the truth is that my characters surprised me. Once I had them clear in my head and delved into their backstory and motivations, I discovered all sorts of obsessions and compulsions that felt completely right and in keeping, but, let’s say, a little wayward. I went with them. It did feel like a risk to write about sex – on top of all the other inhibitors there are now the Bad Sex Awards to fear – but not to write about something so central to human experience seems to me like throwing in the towel. I not only kept hold of the towel but wrung it dry.

The funny thing is that once the novel was released, I relaxed. It was out there now, and there was nothing I could do. Some of what I feared has come to pass, but I find that it’s not as mortifying as I thought it would be. I brazen it out when my work colleagues tell me they can no longer look me in the eye. I tease my mum about her tactful recommendation that Dad doesn’t publicise the book at his Bridge club. I laugh when my choir buddies talk about suddenly being poleaxed by the realisation that “Tara wrote this!”

The only unresolved issue is my children, still under ten and avid readers. They know they’re not allowed to read Untouchable Things and content themselves by going round telling people it’s full of very rude words. I’ve assured the older one that she can read it… when she’s twenty-eight. When she complained bitterly, I told her I might relent at some point. 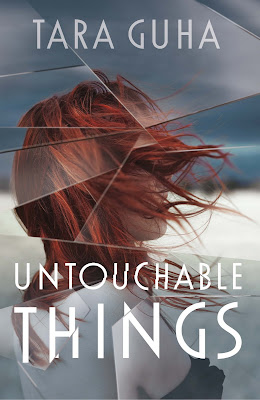 For the third time this week he is watching her scream. Watching, not listening.

Rebecca Laurence is centre stage and shining in her role as Ophelia. She pivots, rotating like a ballerina impaled in a musical box, red hair cascading down her back. Amidst the thundering applause, one man is watching.

Rebecca meets the charismatic Seth Gardner, and as attraction grows between them, he invites her to join his Friday Folly, a group of artistic friends. But as Rebecca is drawn into the web of tangled relationships all is not as it appears. The scene is set for the night that will rip the group apart.

Consumed by loss and surrounded by secrets, Rebecca must escape the grip of the Folly to have any chance of saving herself. Meanwhile, one man continues to watch.

Tara Guha is the winner of the 2014 Luke Bitmead Bursary and Untouchable Things is her debut novel. Born to an Indian father and English mother Tara spent her childhood in the Ribble Valley, passing many a wet day writing poetry and music. After studying English at Cambridge University she embarked on a career in PR, promoting artists including Placido Domingo, Paul McCartney and Dudley Moore. Over the years she has also worked as a freelance journalist, counsellor and charity worker and is also a keen amateur pianist, singer and song-writer. Tara lives in Hebden Bridge in West Yorkshire with her partner and two daughters.