The Isle of Wight Literary Festival was held between 14 – 18 October 2015 and based around Cowes and whilst this may not be the prettiest part of the island, it is a very convenient location for travelling from mainland Southampton.  This is the fourth year for the Festival, although for some reason it has never really come to my attention before – however now I know that it is an annual event, I shall certainly be attending next time.

This is the link for the 2015 Programme 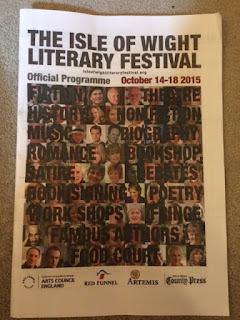 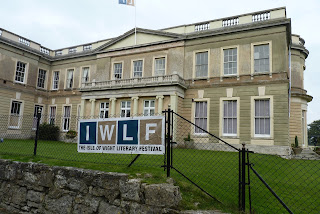 Other locations were the nearby St Mary’s Church just a few yards away; the very majestic Osborne House, the family home of Queen Victoria and Prince Albert, and finally the Trinity Theatre.


My OH and I travelled down to the Island on Thursday, we were staying in Shanklin, which is about a 30 minute drive away from Cowes.  There were so many events that I wanted to attend and it was so difficult to choose however being aware that sadly we didn’t have time to attend everything, we had 3 events booked.

To give you an idea of the quality of authors attending, these are just a few of the other events that I would have wanted to go to:

That’s what I didn’t see – now I want to tell you about the ones I did go to:

Friday morning saw us both at Northwood House for the Crime Panel: ‘The Art of GripLit – How 3 female crime writers kill it’.  This was chaired by Fanny Blake (a very busy lady!). Fanny was talking to Colette Mcbeth (Precious Thing and The Life I Left Behind), Clare Mackintosh (I Let You Go) and Rebecca Whitney (The Liar’s Chair).

Front row: Nina (@matineegirl) and her friend Eileen (Nina asked me to include an apology for her fluffy windswept hair (….which looks perfectly fine to me!)

Second row: OH and me 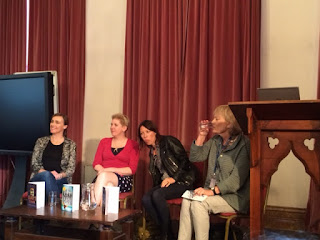 This was a really interesting and humorous discussion.  All three authors revealed how they structure their plots, how they carry out research, and how toxic relationships and domestic abuse features in their books, amongst other things.  OH thoroughly enjoyed it and he’s not a reader! Just a few of the the snippets that were revealed (and that I can remember!)… 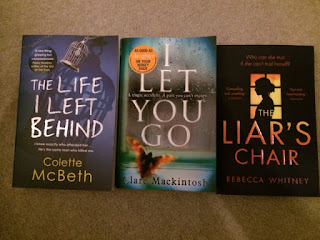 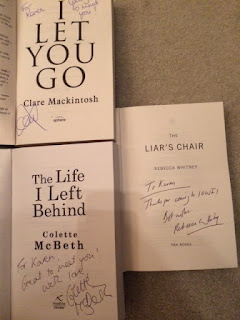 Saturday evening – and we returned to see ‘Whispering Bob Harris’ at St Mary’s Church. This was OH’s choice (as I picked the other two, it was only fair to let him have one event!). 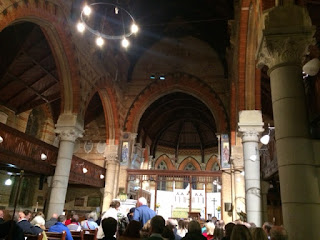 Bob was very interesting, and easy to listen to, he has such a lovely smooth voice. He talked about his autobiography ‘Still Whispering After All These Years‘ and about his TV and radio career generally.  He told how in the 1970’s he and an engineer friend were attacked by punk rockers at a Speakeasy bar in London.  This was when the Sex Pistols were at their height and Bob Harris represented everything they hated. He escaped with just a few scratches and bruises but his engineer friend wasn’t quite so lucky and was hit with a broken bottle and suffered serious head injuries.

When this event ended, we made our way to the Ballroom in Northwood House.  Georgina had very kindly invited us to the author’s dinner.  I sat next to Wendy Holden and OH was next to author Jenny Balfour Paul. Both ladies were very friendly and chatty and we had a very interesting chat about their books and their research and travels.  Lucy Foley was also on our table, unfortunately we didn’t get a chance to talk but we did have a lovely chat with her mum.

Whilst we were in the dessert queue, OH was able to have a chat with Bob Harris. OH has a radio background and they chatted about radio people they both knew. 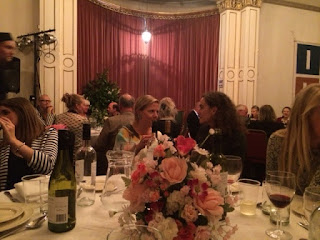 Sunday afternoon and we’re back at Northwood House. This time for Jill Mansell.  Jill has long been one of my favourite authors, I’ve read all her books (all 26 of them) and I couldn’t possibly pass up the chance to see her event. Again, the discussion was chaired by Fanny Blake and it was a lighthearted chat about how Jill started writing and also how and where she writes. She was working for the NHS in the field of Clinical Neurophysiology when she decided to have a go at writing. After being rejected by Mills & Boon she then decided to write the books she wanted to read.  Just a few little snippets: 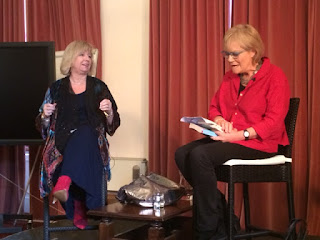 She had also brought her timelines to show the audience – this is where she uses post-its to highlight and remind her of the plot further in the book. 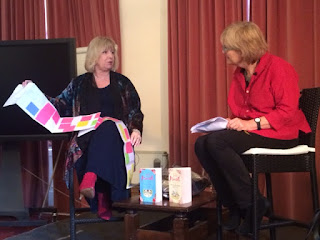 The hour went so quickly and before we knew it, it was time to head for the marquee for book signings.  I took two books with me and Jill kindly signed both. 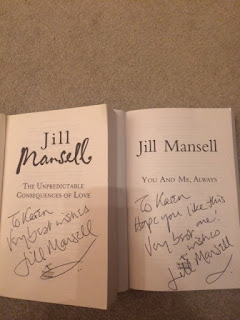 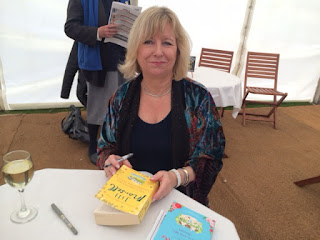 So that was my weekend.  I really enjoyed the festival and will certainly go to the next one.  There were so many fabulous authors attending, from all genres and I’m sure there is something to appeal to everyone and if you get the chance to go, I thoroughly recommend it.  All the volunteer helpers were very friendly and I just want to say a big thank you and well done to the organisers and to all involved.  The island is known for its music festivals but its lovely to see something there for book lovers too.

12 thoughts on “The Isle of Wight Literary Festival – October 2015”