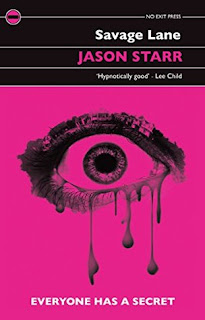 Published by No Exit Press

Everyone has a secret. Is your neighbour everything they seem? Life is sublime in the idyllic suburb of New York City. Recent divorcee, Karen Daily and her two kids have for the first time in years found joy as they settle into the close-knit community of Savage Lane. Neighbours, Mark and Deb Berman, have been so supportive as she moves on in life: teaching at the local school and even dating again. But behind pristine houses and perfect smiles lie dark motives far more sinister than Karen could have ever imagined. Unknown to her, Mark, trapped in his own unhappy marriage, has developed a rich fantasy life for the two of them. And as rumours start to spread, it seems that he isn’t the only one targeting Karen. . .

If there was a prize for being the most deluded and obsessive male, then some of the characters in this book would surely win. I felt quite sorry for Karen Daily. Just by being an attractive divorcee she had become this object of obsession and fantasy by men in her neighbourhood and she unwittingly found that her life was subject to public discussion and comment.

Mark and Deb Berman have gone from a loving relationship to a toxic marriage. Deb is convinced that Mark is having an affair with Karen, after she saw Mark holding her hand during a dinner party. However, whilst berating Mark and publicly attacking Karen, Deb is hiding a secret of her own. In the meantime, Mark is planning his future life with Karen, even deciding where they would live once they were together.

This book is a jumble of genres, being a mixture of a domestic/psychological/crime thriller. Apart from Karen (who wasn’t perfect by any means), I didn’t find the characters particularly ‘likeable’ and I really struggled to find any sympathy for any of them but nevertheless they still evoked strong emotions in me – I’m not normally a violent person but there were one or two, (ok, maybe more than that) that I just wanted to slap however their awfulness adds to the creepy and compelling nature of the story.

At one stage, the plot takes an even darker and more sinister turn but even then there is a comical slant to the story and, like me, you may well find some actions amusing and just downright inept.

There are enough surprises and twists in the story to keep you interested and the characters are frighteningly believable (they could easily live in your neighbourhood, god forbid!). The story is told from different views and Jason Starr has a natural and straightforward style of writing; there are no flowery descriptions to slow the story down and it’s a book that you can read quite quickly. I wasn’t familiar with any of his work before reading Savage Lane but this dark story of suburban obsession will certainly keep you entertained.

My thanks to the publisher for the digital copy to review and for the invitation to take part in the blog tour. 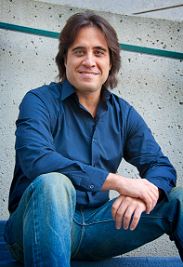 Jason Starr is the internationally bestselling author of many crime novels and thrillers and his books have been published in over a dozen languages. His work, which appears in comics for Marvel, DC, Vertigo, and Boom! Studios, has featured Wolverine, The Punisher and Batman, among others. Many of his books, including Lights Out, Cold Caller, Tough Luck, Twisted City and The Follower, are in development for film and TV; Jason’s original novel, Ant-Man: Natural Enemy, has been published by Marvel and the movie Ant-Man, starring Paul Rudd and Michael Douglas, is in cinemas July 2015. Starr’s crime novels include Cold Caller, Nothing Personal, Fake ID, Hard Feelings, Tough Luck and Twisted City. His more recent novels Lights Out, The Follower and Panic Attack will be published by No Exit Press in 2016. Jason Starr was born in Brooklyn and lives in Manhattan.