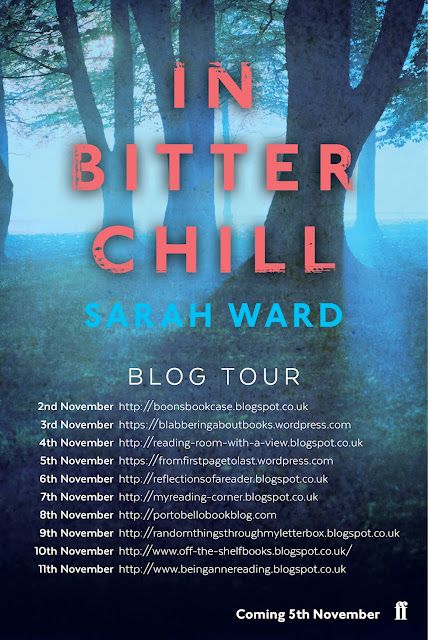 in ebook/Hardback and now paperback – 5 November 2015

Rachel Jones has tried to put the past behind her and move on with her life. But news of the suicide re-opens old wounds and Rachel realises that the only way she can have a future is to finally discover what really happened all those years ago.

This is a story about loss and family secrets, and how often the very darkest secrets are those that are closest to you. 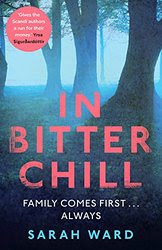 Two young girls are abducted in 1978 – one returns, the other remains missing. Rachel Jones, the one who came back, still bears the psychological scars from her ordeal over 30 years before. She doesn’t trust people and doesn’t let anyone get too close. When a suicide and then a murder follow in quick succession, it doesn’t take long before there is speculation as to whether these events are connected to the abduction.

The present day story is set in a cold and wintry Derbyshire village, the snow and ice adding to the atmospheric feel. The suicide of Yvonne Jenkins, mother of the missing Sophie, prompts the police to not exactly re-open the case – budgets won’t allow that, but to loosely review it, without going through all the previous paperwork, to see if anything obvious had been missed. This is where we are introduced to the officers investigating. DI Francis Sadler is in charge of the investigation with colleagues DS Damian Palmer and DC Connie Childs doing the legwork. Although we get to know these characters, they don’t overwhelm the story and it doesn’t become all about them.

Rachel’s interest in genealogy and in her own family history are a big part of the story. When she feels particularly stressed, she re-draws her own family tree, however there is one glaring omission – the absence of any menfolk. She still can’t remember hardly anything from that event and with very few members of her family left to answer her questions, she has to undertake her own investigations and long held secrets are gradually disclosed which could place her in danger.

There seem to be many crime thrillers lately with a theme of missing children, however this debut from Sarah Ward is a little different. It is a quietly understated crime story, but is no less compelling, relying on expertly drawn characterisation and an intricate plot rather than an action packed storyline. I really enjoyed In Bitter Chill; the pacing was just right, there were enough twists and turns in the plot to keep me wanting to come back to the book and whilst I didn’t always like the older Rachel, (I thought she could be too unnecessarily prickly with people),  I could understand that having suffered such a traumatic childhood ordeal would affect you and how you perceived others. Whilst DS Palmer was distracted by his forthcoming wedding and didn’t really feature too much, Sadler and Connie Childs seemed to understand each other and this pairing worked well. Connie may have been small in stature but she had a big attitude and didn’t always follow the rules.

I’m very pleased to see that there will be a further book – ‘A Fragile Spring’ released next year with these characters – another to look forward to. In the meantime, In Bitter Chill is definitely one I would recommend.

My thanks to the author and Sophie from Faber & Faber for the paperback copy to review and for the opportunity to take part in the blog tour. 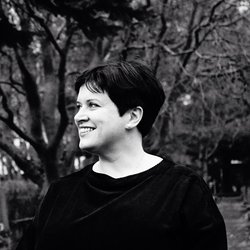 Sarah Ward is an online book reviewer whose blog, Crimepieces (www.crimepieces.com), reviews the best of current crime fiction published around the world. She has also reviewed for Eurocrime and Crimesquad and is a judge for the Petrona Award for Scandinavian translated crime novels. She lives in Derbyshire where her debut novel, In Bitter Chill, is set.